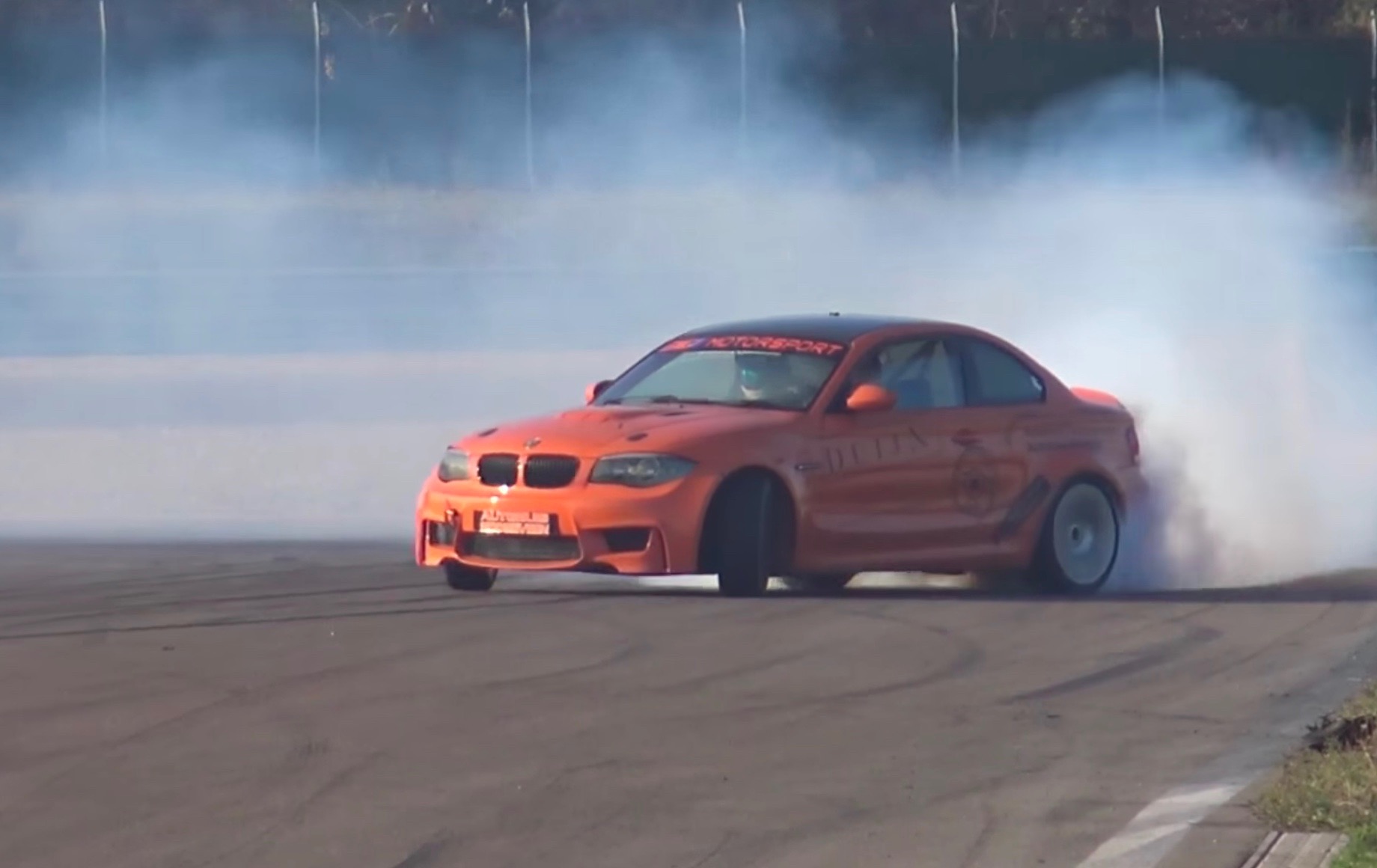 Footage has appeared online of what we’re going to say is one of the most impressive engine conversions we’ve seen; a BMW 1 M fitted with a 5.0-litre V10 engine from the car’s big brother, the M5. 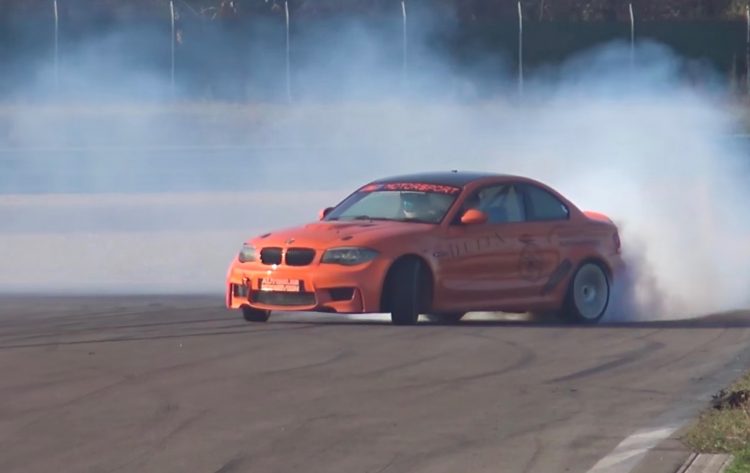 The BMW 1 M is an undeniably impressive performance car, powered by a 3.0-litre inline six-cylinder turbo engine, throwing 250kW/450Nm worth of grunt to the rear wheels. The power, combined with a short wheelbase, manual transmission and limited-slip differential, makes for a very spirited driver’s car.

However, a team of Dutch individuals figured 250kW is not nearly enough, and instead opted to install the 1 M with a 5.0-litre V10 powertrain borrowed from the previous generation M5/M6 models.

The E60 M5’s S65 V10 in stock form produces 378kW of power and 520Nm of torque, however, this particular unit has been tweaked up to the 410kW mark… More than enough to shred the rear tyres and create enough smoke to make the race circuit look like a smoggy day in Beijing.

As the driver leaves the pit lane, even under partial throttle, the little 1 M can’t help but lose its back end under the monstrous amount of power. The driver behind the wheel is indeed a bit of a hero, making 410kW through the rear wheels in a short wheelbase car look like a breeze. Although, it does look like the steering rack has been modified a little to allow for more steering angle.

At the conclusion of the clip, if you look closely when the car re-enters the pit garage, the 1 M’s rear wheels, particularly the rubber on the right, have been completely shredded… Go figure. Check it out below.

By the way, this isn’t the first time we’ve seen a crazy V10 engine conversion. You might remember the Subaru WRX V10 from a few years back, which was just as insane.