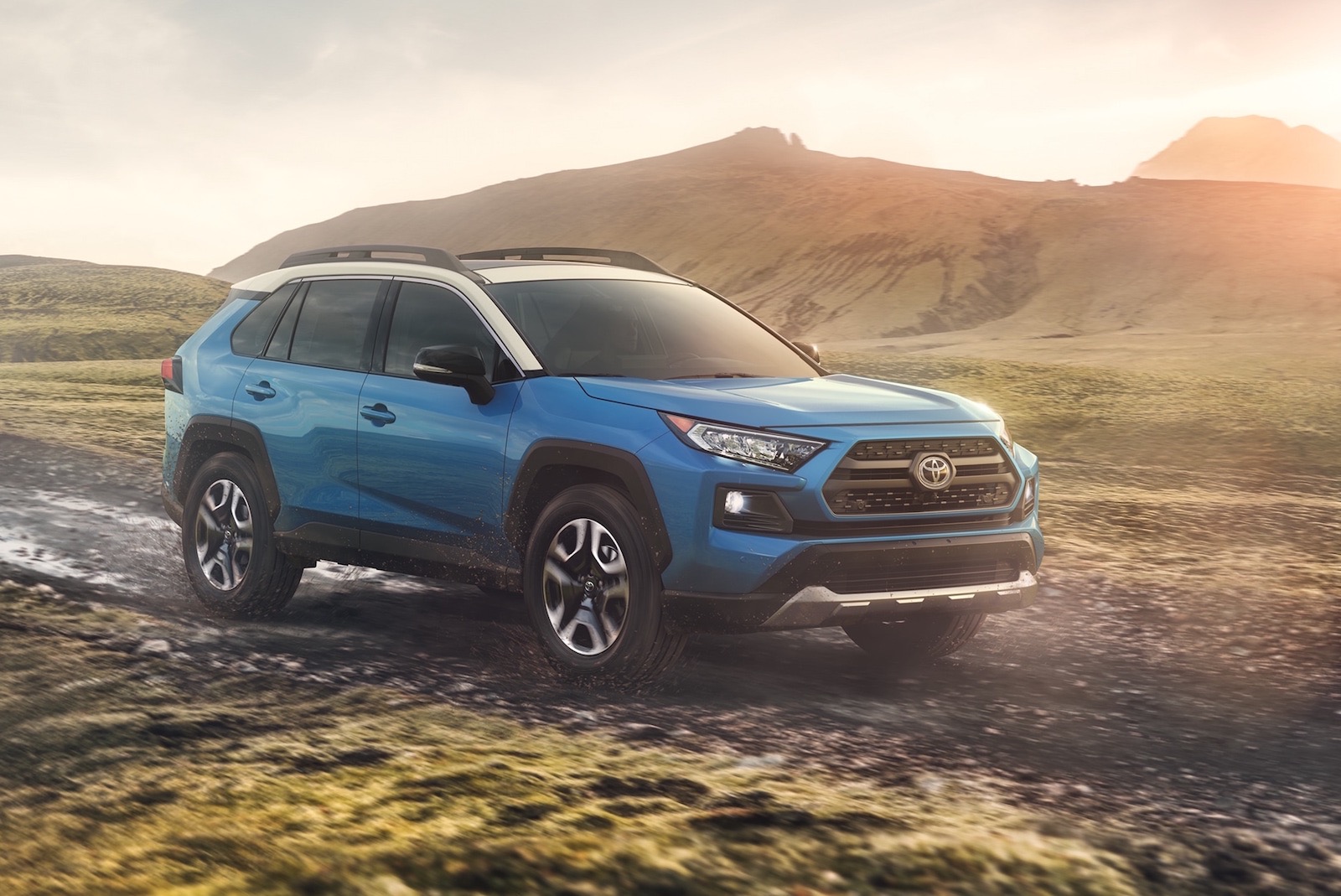 Toyota has unveiled the new, rugged-look 2019 RAV4 at the New York auto show this week. It shows off a tough new design, while sporting more powerful engine options and an eight-speed automatic. 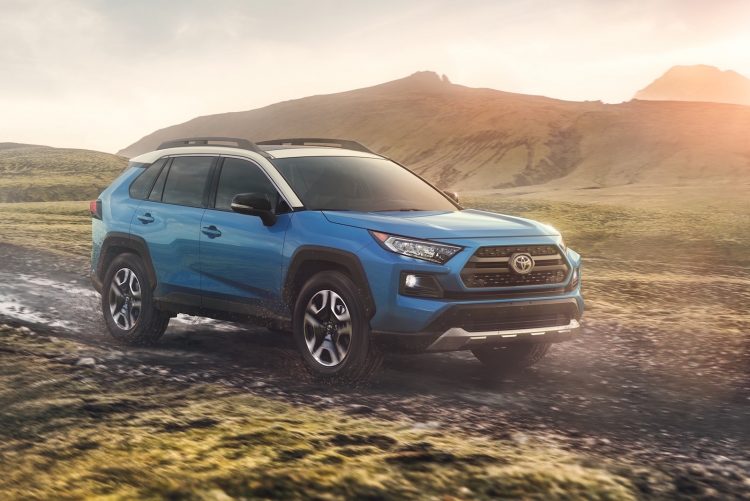 Kicking off with the design. Just look at it. It looks very macho and modern, with a lower profile glasshouse area giving it a wider overall stance, and hints of Lexus NX in the panel contour. At the front is a robust interpretation of Toyota’s latest grille and headlights layout, with black wheel arches for off-road appeal, and a chunky rear end.

Aussie specs haven’t been confirmed but the US version gets Toyota’s new Dynamic Force 2.5-litre four-cylinder engine. Initial specs had the unit producing 151kW and 250Nm. A hybrid version will also be offered, using a Dynamic Force 2.5L petrol engine as well. For the petrol there’s an eight-speed automatic for the first time, with a CVT for the hybrid, while further down the driveline is a Toyota-first torque-vectoring all-wheel drive system with rear driveline disconnect. 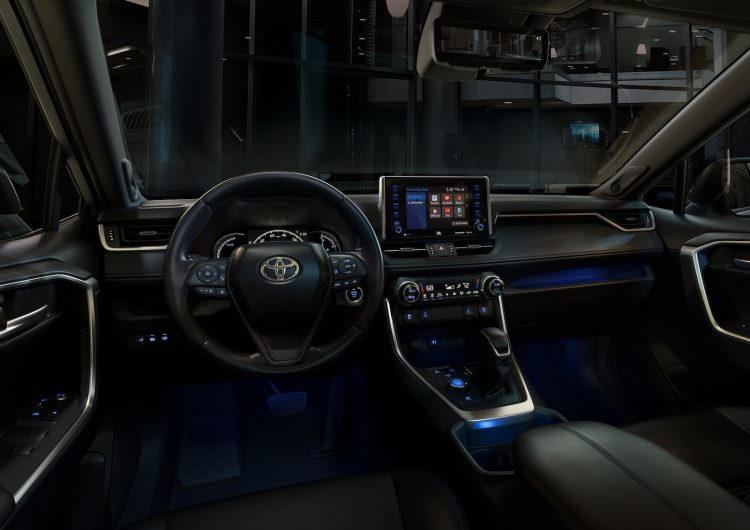 Underneath it all is the Toyota New Generation Architecture. This helps increase chassis rigidity by 57 per cent, while also providing some larger exterior dimensions. The new model’s wheelbase is about 30mm longer for increased cabin space, and width grows about 10mm. Overall length is shorten by about 5mm.

Inside has been completely overhauled, with a semi-floating touch-screen sitting atop the dash. Down below is a neat platform for the transmission lever and drive mode controls, with a well-forward dash design similar to the outgoing model for an open and airy feel.

The touch-screen itself is all new, featuring app-style tiles and the must-have volume and tuning knobs (not buttons). It’s a 7.0-inch display screen packaged with Entune 3.0 media with Wi-Fi Connect by Verizon (US spec). There’s also five USB ports, Qi wireless phone charging, and an 11-speaker JBL sound system available.

Australian specs are expected to be announced soon, and we will update this story. It’s set to go on sale late this year.

UPDATE: Toyota Australia has confirmed the new model will go on sale locally in 2019. Specs will be announced closer to launch. Toyota Australia vice president of sales and marketing Sean Hanley said:

“The combination of Toyota’s latest hybrid system and an advanced new petrol engine will deliver impressive power output and exceptional energy efficiency. Toyota’s hybrid technology will perfectly complement the work of engineers who have dialled-up the fun-to-drive factor by advancing every aspect of RAV4’s performance, handling and ride comfort.”