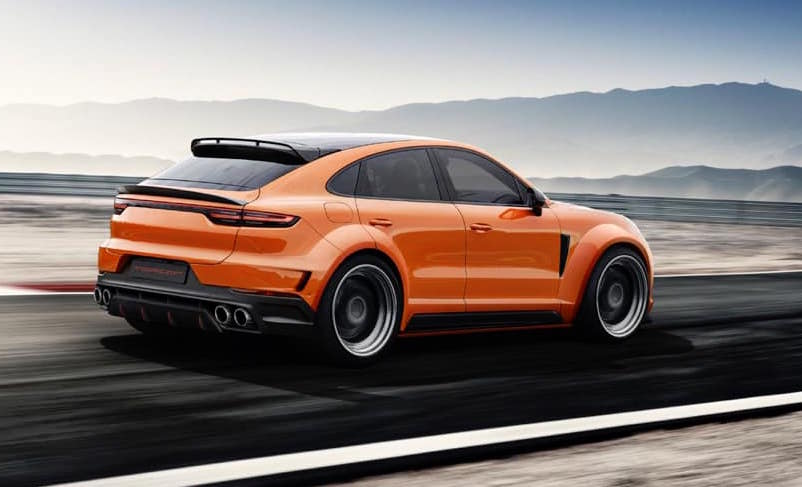 Porsche has only just revealed the all-new Cayenne Coupe, and it showcases arguably one of the slickest SUV designs of this year. However, it seems tuning specialist, TopCar, already has plans to dress it up. 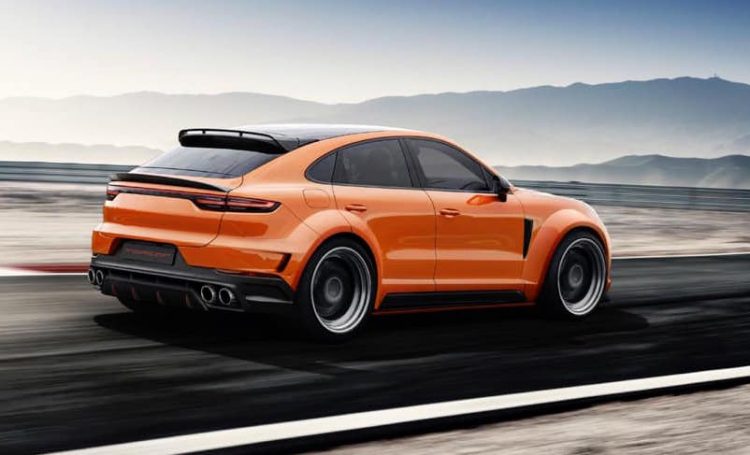 The Russian-based company sent out a digital rendering onto Facebook of what it plans to do for the new Cayenne Coupe, in the way of an aggressive aero kit. Although it is only in preliminary stages, the design upgrade looks great so far and seems very fitting for the premium SUV.

TopCar proposes chunky side skirts that blend in with an equally thick rear diffuser element, as well as a set of heavily pumped wheel arches. Some new vents sit behind the front and rear wheels, while the tailgate receives a subtle lip spoiler, in black, with a more prominent one mounted up near the roof.

To finish it all off, TopCar has selected a set of deep-dish alloy wheels. We can’t see the design of the wheel due to the car being depicted as being in motion, but they look like they feature racing-style spokes, similar to what’s seen in the Japanese street racing scene.

No details have been mentioned in regards to any potential engine tuning. However, TopCar does offer a range of tuning options for various European vehicles. In standard form the Cayenne Coupe Turbo comes with a 4.0-litre twin-turbo V8 that churns out 404kW.

With some light engine computer tweaks, a freer-flowing exhaust, and a high-flow air filter and intake system, we think the power could easily be pushed beyond 450kW. More details are expected in the coming months as the project comes to fruition.