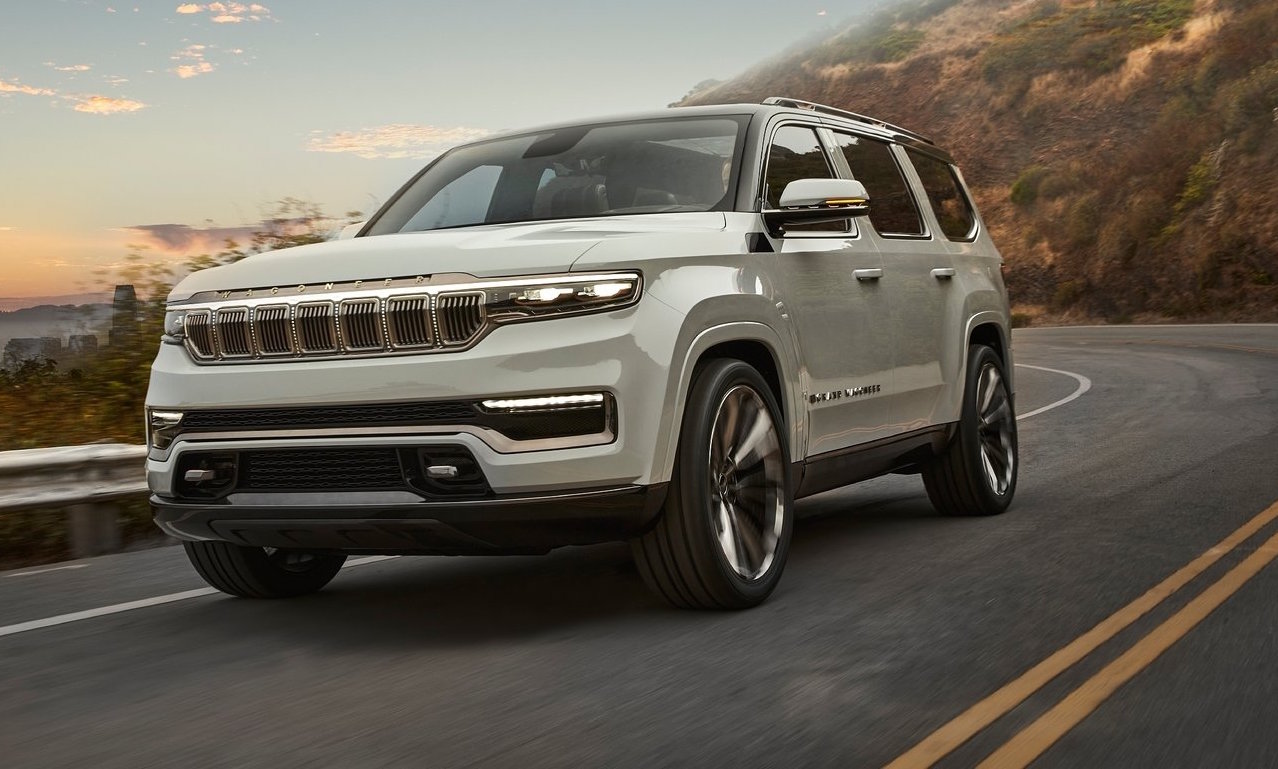 Jeep has unveiled a concept version of its upcoming Jeep Grand Wagoneer, showcasing mammoth exterior presence and a vast interior full of new tech and gadgets. The company describes it as redefining “American premium”. 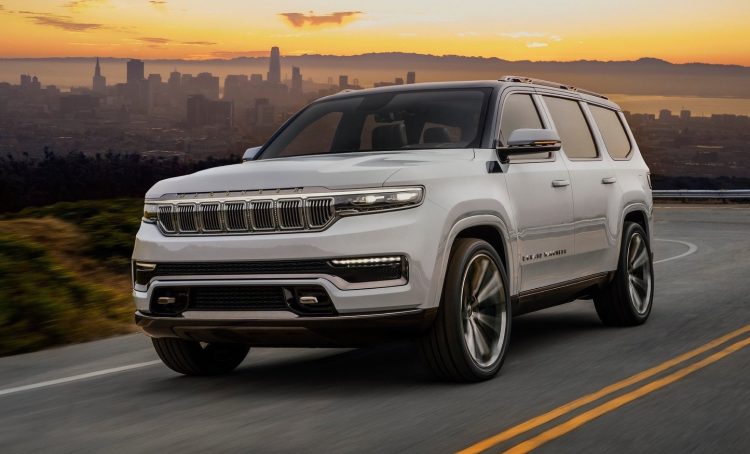 The Wagoneer name is being revived as a new portfolio of vehicles, with the Grand Wagoneer set to sit at the top of the lineup. This concept model gives us some indication of what the new model will offer and what it will look like when the production version arrives next year.

Firstly, take a look at it. The design is unmistakably Jeep, featuring a somewhat modern and almost awkward interpretation of the brand’s seven-slot grille layout. Thin LED headlights are connected via a full-width beam, with another full-width grille piece lower down really emphasising the vehicle’s stature. Speaking about the design, FCA’s (owners of Jeep) head of design, Ralph Gilles, said:

“The original Grand Wagoneer was the first premium SUV, and its timeless design combined with the soul of Americana helped it achieve an iconic place in many hearts. The Grand Wagoneer Concept is inspired by the original, but with a modern interpretation of luxury and freedom. We strived to create an elegant design with a timeless silhouette, featuring countless beautifully crafted details that come together to give it an undeniable presence.” 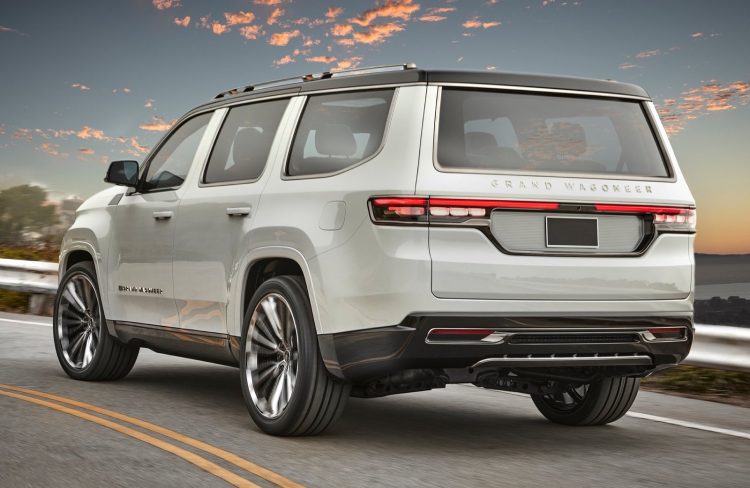 Had enough screens? Too bad. There’s also a 10.1-inch screen in the back for the rear seat comfort systems (climate control and whatnot), and then two more 10.1-inch entertainment screens for the rear passengers on the backs of the front seats. Overall, that’s over 75 inches of liquid crystal display. It all runs on FCA’s latest Uconnect 5 operating system. There’s also big comfy captain chairs in the front, massive arm rests, and perforated leather. 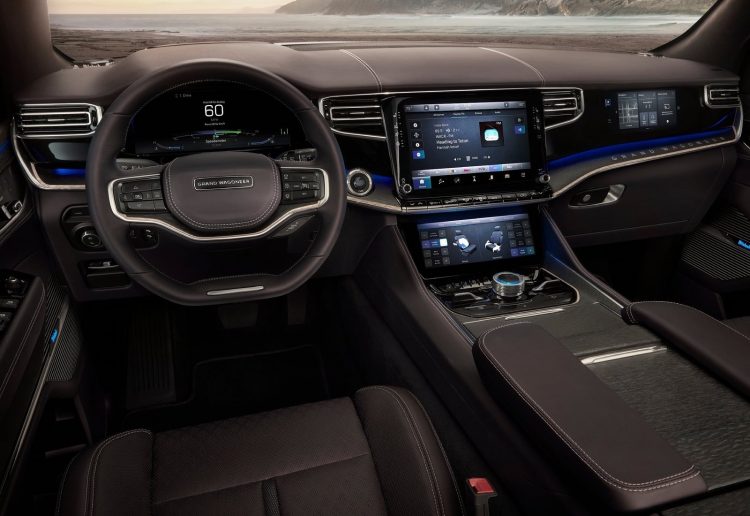 Providing the beats is a comprehensive McIntosh sound system incorporating 23 custom speakers, powered by a 24-channel amplifier. These items are presented in aluminium and gloss black, following McIntosh’s traditional design theme for its high-end home audio systems – the SUV is so big it needs a home audio specialist, obviously. Speaking about the interior, Gilles said:

“The Grand Wagoneer Concept’s interior is spacious and features premium materials that accentuate our team’s obsession to detail and celebrates American craftsmanship. A full digital cockpit takes advantage of leading technologies that are beautifully presented with expansive and easy-to-use screens and limited buttons, allowing the focus to be placed on a pleasant and intuitive experience for the driver and passengers.”

No specifications or mechanical details have been confirmed, except Jeep says the concept is powered by a plug-in hybrid system. It’s understood the vehicle is based on the RAM 1500, which means the production version will probably be offered with a 5.7-litre HEMI V8, as well as more eco-friendly hybrid options.

The company confirms the new Wagoneer and Grand Wagoneer production vehicles will be built in Detroit, starting next year. A debut for the showroom models is expected before the end of this year.