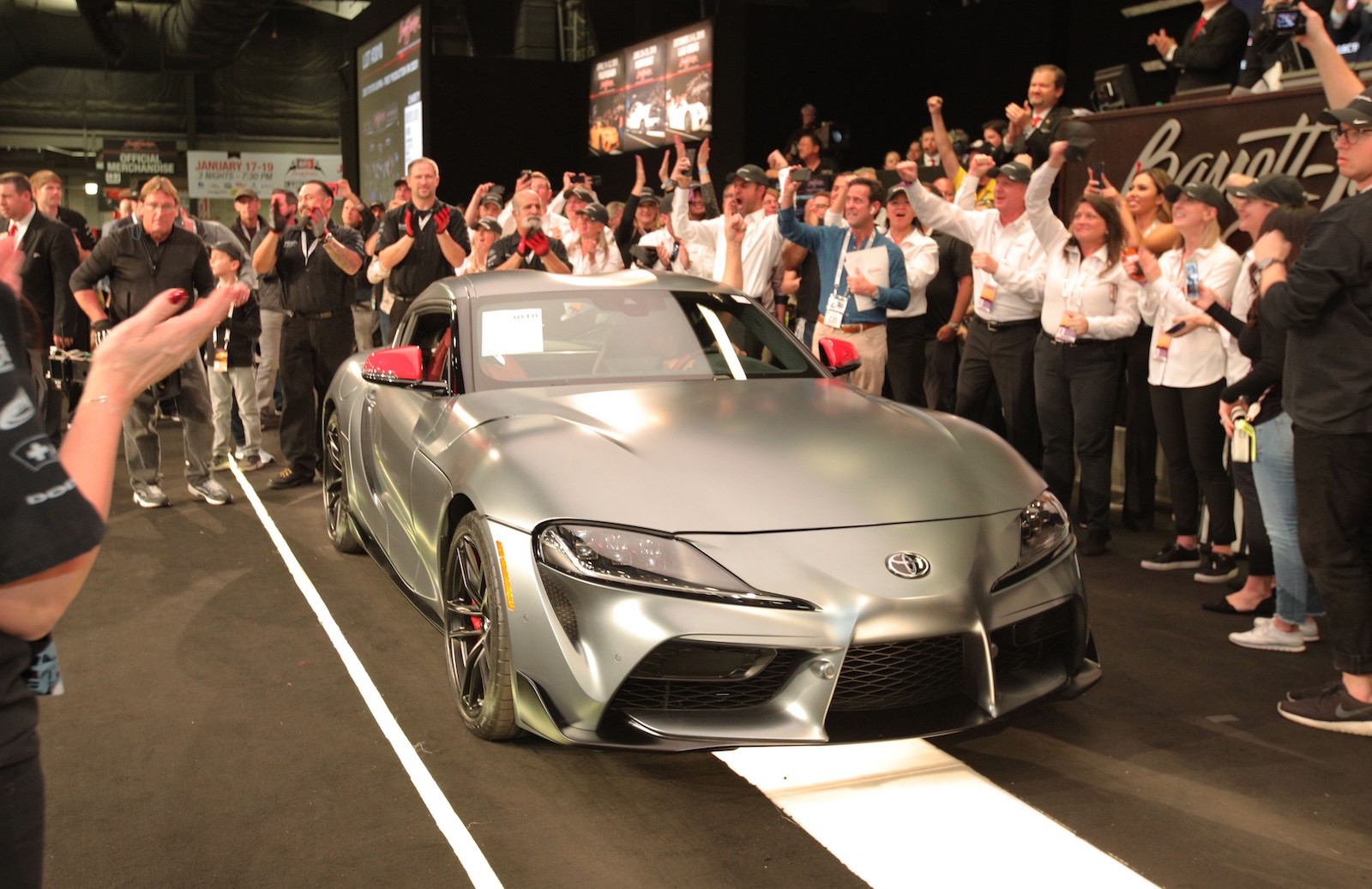 The first produced new A90 Toyota GR Supra has been sold at the Barrett-Jackson Scottsdale Auction for a whopping US$2.1 million. Fortunately, the vehicle was auctioned for charity, raising funds for the American Heart Association and the Bob Woodruff Foundation. 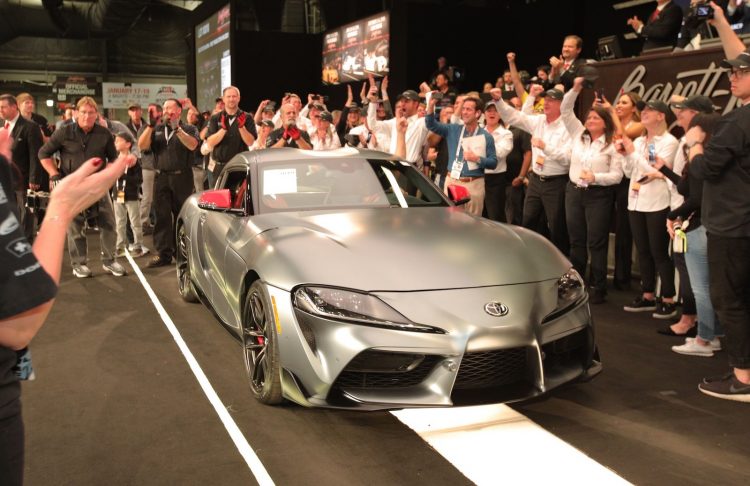 Toyota only just unveiled the new GR Supra last week, featuring a 3.0-litre turbo inline-six BMW-based engine that produces 250kW and 500Nm. The example sold off was the first production model to roll off the line, stamped with a VIN that ends with 20201; 2020 being the year, and 1 being the build number.

The vehicle in question showcases a matt grey exterior contrasted with red side mirrors and matt black alloy wheels – we suspect this will be a popular colour combination. Taking a look inside, you’ll notice the red interior option which spreads across the door trims and console, with carbon fibre trimmings for that racy look. Speaking about the sale, Craig Jackson, chairman and CEO of Barrett-Jackson, said:

“The incredible excitement of the Supra rolling across the block was felt by everyone in the arena. This was a moment that was 20 years in the making. More importantly, we’re thrilled to have joined with Toyota in their efforts to raise funds in the fight against heart disease and stroke, as well as support our nation’s military veterans.”

As a bonus, the winning bidder not only received the first new Supra, a full VIP race track experience, including a personalised race suit, VIP passes and hot passes to Toyota Owners 400, and a chance to drive the pace car with Michael Waltrip were thrown in.

The new Supra will go on sale in Australia late this year. Prices are yet to be confirmed. You can read all about the specs and details in our initial unveiling report right here. 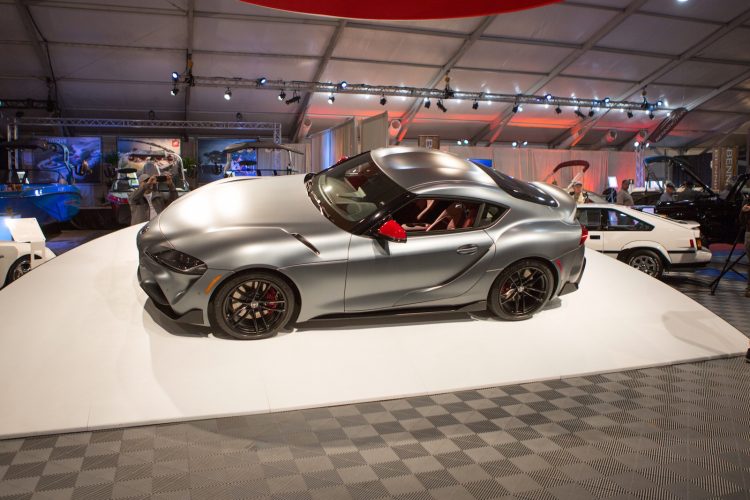