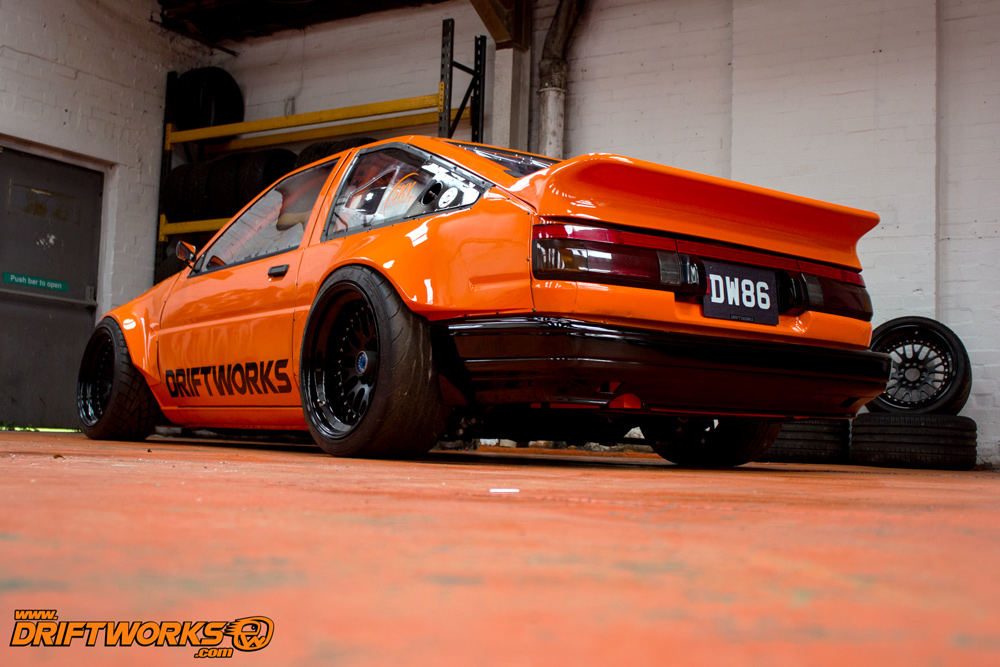 Driftworks has finalised an utterly awesome drift car project it calls the DW 86, based on the Toyota AE86 Sprinter. It has just about everything you need to go flat-out drifting all day long. 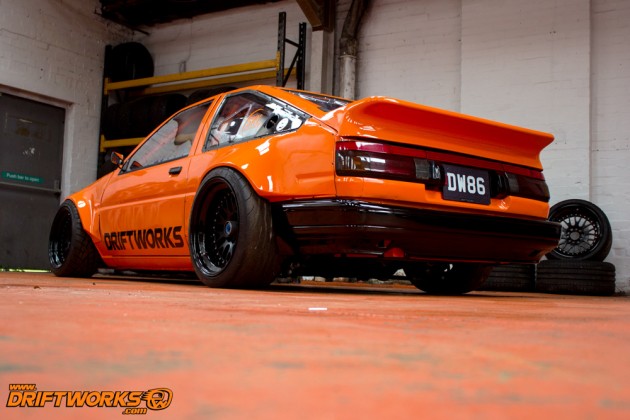 Starting with the engine, it’s an LS3 6.2-litre Chevrolet V8. Some how Driftworks has managed to shoehorn this mighty unit into the engine bay of the small Toyota. It would provide pretty much endless torque for the lightweight, with around 436kW of power and 826Nm.

Since the car is very light you can imagine the degree of wheelspin and general fun-time shenanigans that could be had with this setup. A Jerico four-speed dog ‘box is used to divide up and dish out the massive output. 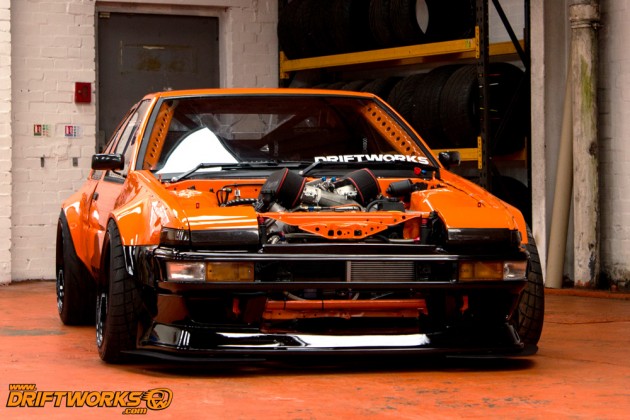 The fun doesn’t stop at the drivetrain. Oh no. The entire car is completely rebuilt with one central theme; to get sideways and look good doing it. To help make this happen there’s a Jenvey throttle body for the engine, a full roll cage to increase rigidity and safety, and a comprehensive Geomaster suspension setup.

Showing off the awesome deep dish CCW lightweight alloy wheels is a set of big flared wheel arches as well as a special bodykit and ducktail rear spoiler.

Underneath it all is a custom fuel tank, a racing differential with its own cooling fins, a full-length dual exhaust system, and some extra chassis bracing.

Check out the detail in the video below. What a monster.