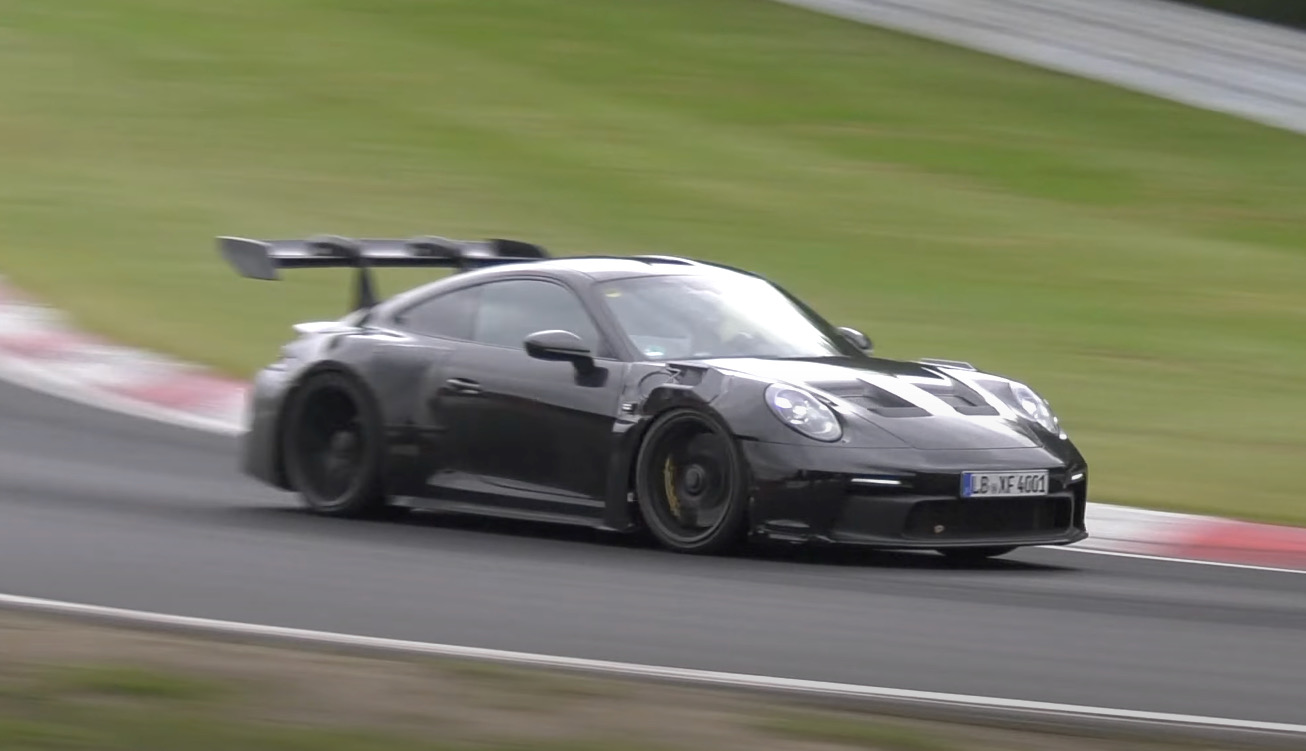 Porsche has been spotted test driving a prototype version of its upcoming 2022 911 GT3 RS out on the Nurburgring in Germany. And on first impressions, it looks, sounds and appears to go like an actual racing car. 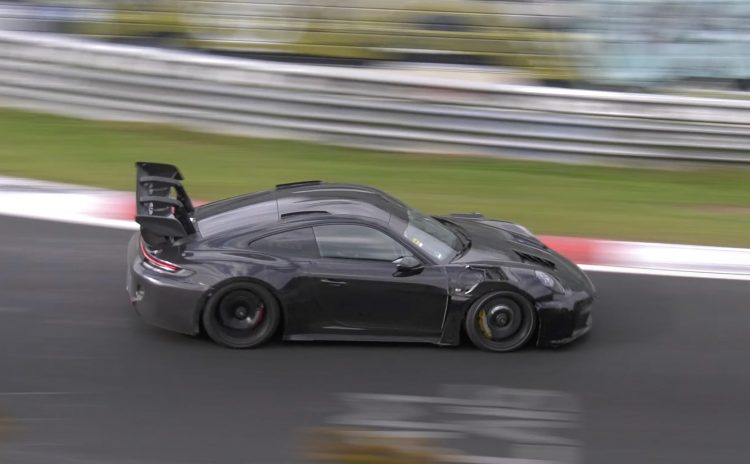 The new GT3 RS will be an extension of the already-epic 992 GT3 (review here). Power is likely to come from a similar 4.0-litre naturally aspirated flat-six engine, only power and torque could be turned up from 375kW and 470Nm in the GT3, to around 390kW and 480Nm.

More power could come from a higher rev limit and peak power range. The regular GT3 develops 375kW at 8400rpm, although it can rev to 9000rpm before bouncing on the limiter. We suspect peak power might move up closer to that point, perhaps at 8800rpm, with a slightly higher rev limit. 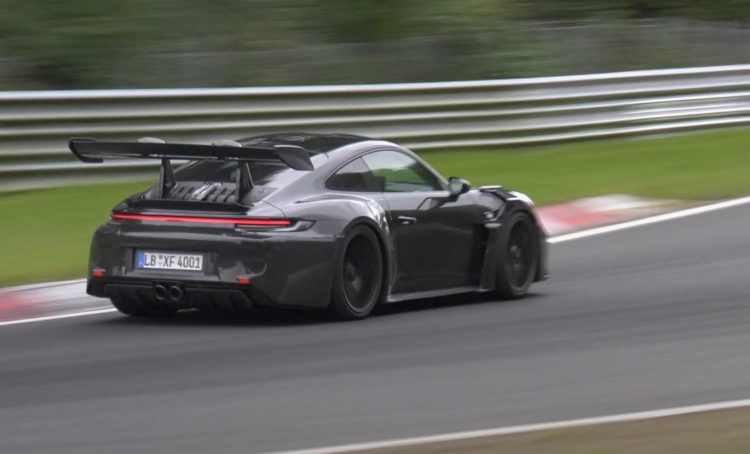 Obviously the other major change compared with the regular GT3 will be the aero. Look at the size of that towering rear wing on the prototype. And it appears to be fully active too, popping up and laying flat on-the-go, depending on the demands, all in the name of maximising performance.

If features the upside-down, swan-neck design theme as well. On the latest GT3 this design helped provide a 50 per cent increase in downforce. It works by allowing more airflow to run over the most important surface; the underside. 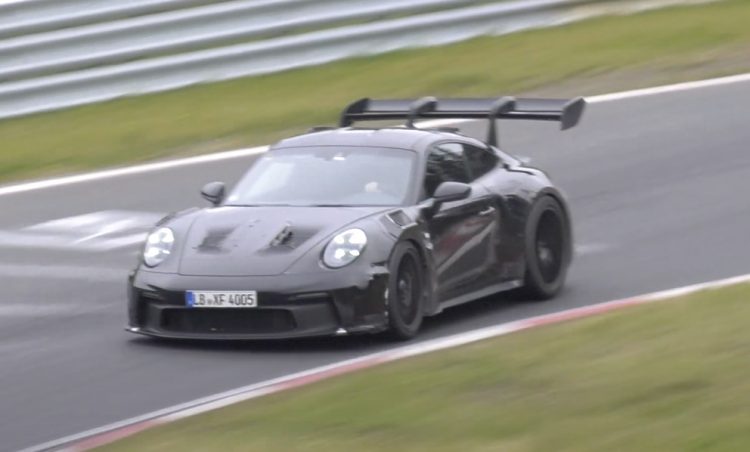 Other notable features, at least evident on these prototypes (some parts may be different on the production model), include a vented bonnet, helping to vent intake air scooped up from the mouth lower down, widened front wheel arches complete with more extraction vents, and a relatively clear and fuss-free rear end and diffuser system. There’s also discreet fins on the roof, probably helping to channel flow to the wing.

Porsche is set to unveil the new GT3 RS some time later this year. Testing is likely to continue in the meantime. Check out the spy video below for a preview. Warning: Be prepared to be mesmerised for the full 3:30 clip.