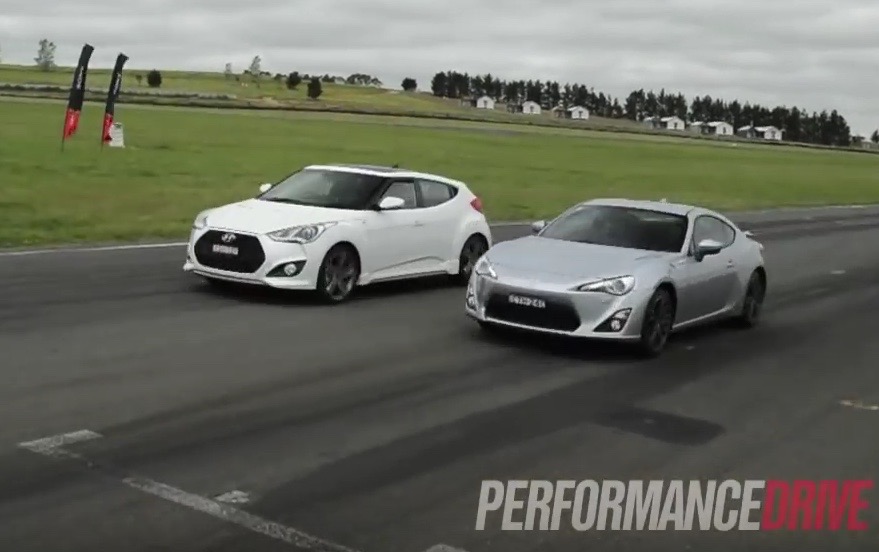 PerformanceDrive’s PDriveTV YouTube channel is approaching 20 million lifetime views. What better way to celebrate than take a look back at the top 10 most popular videos that have helped achieve the milestone. It’s interesting to see how the quality of the videos has evolved, as well as see what cars people are searching for the most.

10. 2013 Volvo V40 T R-Design – 252,000 views
Coming in at number 10 is the rather unassuming hot hatch, the 2013 Volvo V40 T R-Design. This came with a howling turbocharged five-cylinder engine producing 187kW. The sweet-sounding unit has since been replaced with a 2.0-litre turbo four-banger. This could become a bit of collector’s item in the future.

9. 2012 Mitsubishi Lancer Evolution X MR – 260,000 views
In ninth place is one of our first YouTube videos, from back in 2012. We put this together early on in PD’s life when we were still trying to find our niche. It shows the iconic Mitsubishi Lancer Evo X in some reasonably quick driving shots.

8. 2013 BMW 650i Gran Coupe – 296,000 views
As we move up the top 10 we start to see the more expensive premium marques appear. And in number 8 it’s the BMW 650i Gran Coupe. This was a very new vehicle at the time of the video, and quite a muscular approach to what is now a common four-door coupe layout. The bad boy produced 330kW, and one of the nicest V8 soundtracks around.

7. 2014 Range Rover Sport V8SC – 299,000 views
When it comes to soundtracks, no company does it better than Jaguar Land Rover. In number 7 we see the current-shape Range Rover Sport supercharged V8 roaring its lungs out, while unleashing a whopping 375kW of power. This is still one of the coolest vehicles on the market. Interestingly, out of the 300,000 views there are just 26 ‘dislikes’, proving this is one extremely likeable vehicle. We’re aiming to test the hotter SVR version in the coming months.

6. 2013 Chrysler 300 SRT8 Core – 316,000 views
Sitting in number 6 place is another muscular V8 favourite; the Chrysler SRT8 Core. This was a relatively new model for Australia and the most powerful sedan in its class at the time. The 6.4-litre HEMI V8 cranked out 347kW of pure unbridled terror for the rear tyres. It was also very quick, clocking a quarter mile in the 12-seconds range, as standard.

4. 2013 Opel Insignia OPC – 386,000 views
Surprisingly, the Opel Insignia OPC comes in at number 4 spot. We suspect we were one of the first publications to post a video showing the svelte twin-turbo mid-sizer’s performance. The 239kW 2.8-litre V6 produces a raspy note that reminds us of an old Porsche 911 Turbo. It wasn’t as quick as we thought it would be, however, the video doesn’t show just how well-sorted the car is in terms of handling and surefooted grip.

3. Toyota 86 vs Hyundai Veloster SR Turbo – 465,000 views
The grudge match of this decade (in the auto world); the Toyota 86 versus the Hyundai Veloster. These two cars continuously battle it out on the sales charts in Australia. We’d thought we’d put a few questions to an end by doing an old-fashion drag race at Wakefield Park. These weren’t timed runs so we mustn’t take the race too seriously. It was more about real-world expectations.

2. 2013 Mitsubishi Lancer Evolution X – 503,000
Coming in as the second most popular PDriveTV video, it is, again, the Mitsubishi Lancer Evolution X. This was the follow up to our previous video from 2012, showing the base model’s performance with the five-speed manual. Out of the 500,000-plus views, it has (at time of writing) had just 83 ‘dislikes’, which we suspect were all Subaru owners…

1. 2013 BMW M6 Gran Coupe – 642,000 views
Lastly, coming in as the most popular video ever featured on our channel, it’s the mighty BMW M6 GC. Based on the 6 Series Gran Coupe layout we saw earlier, this is the insane performance version developed by BMW M Division. It’s no surprise it remains one of our most memorable and favourite vehicles of all time. What a machine.

We’d like to thank all of our viewers over the years. We are working on fine-tuning and evolving the channel and our videos more and more, and we hope to bring you plenty of entertainment and tests in many years to come. As always, we always consider any suggestions you might have and any requests, so please feel free to comment away and we will do our best to fulfil them.