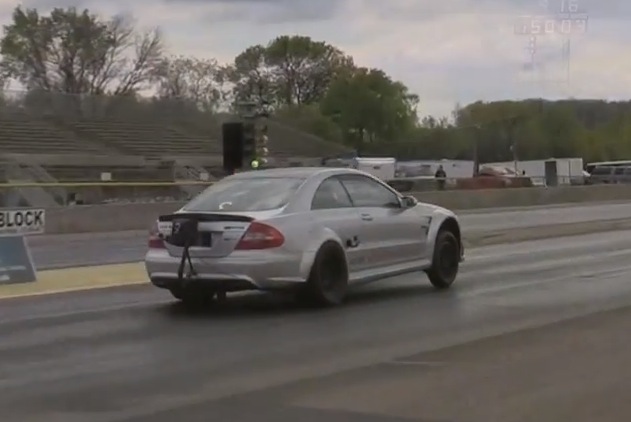 This is apparently the world’s quickest Mercedes-Benz CLK 63 AMG. It’s based on the Black Series and it has been tuned by Weistec Engineering to a colossal 1012hp (755kW). 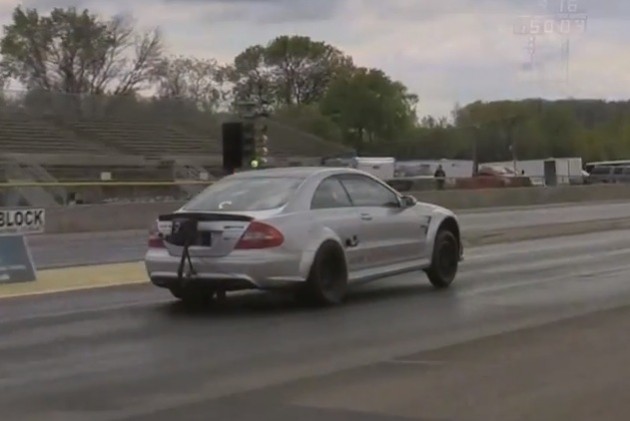 Starting with the 63 AMG Black Series is a great way to attempt world records. The factory model is highly strung as is, with plenty of racing parts and high-strength components ready to produce big power, all day long.

The Californian-based company is calling this particular version the fastest and quickest Mercedes-Benz in the world. We take it they mean road-legal CLK. It recently ran a quarter mile in just 9.16 seconds at 241km/h, which sure sounds like a record to us.

Under the bonnet the factory 6.2-litre naturally aspirated V8 receives a twin-screw supercharger system as well as engine computer modifications, a custom exhaust, and plenty of other tasty upgrades. As a result, the mighty Merc produces 755kW and 1356Nm.

Click play below to see this outlandish beast do its thing on the drag stripe. It ran three world record quarter mile times on the same night, resetting the benchmark each time.