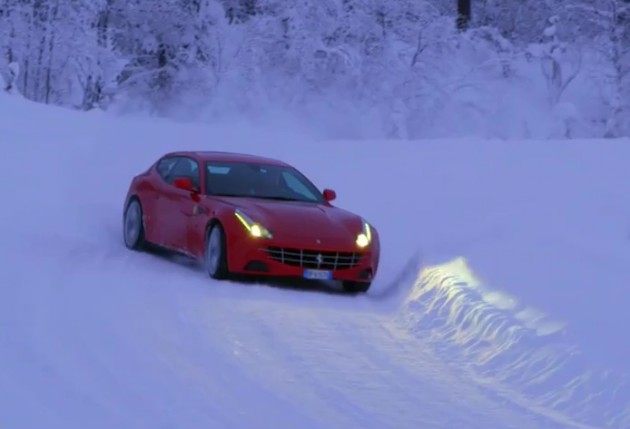 You might be thinking what has Ferrari got to do with the sport of rallying. Well, in the Group B rally days the famous Lancia Stratos was powered by a fully fledged 2.4-litre V6 Ferrari engine.

Click play on the video below to take a look. It’s sure looks like the FF can handle some rigorous driving alright. As you’re watching, you can hardly believe it is a Ferrari driving on that bumpy slippery road. There’s some extraordinary scenery too.

The Ferrari FF is now available in Australia. Follow the link for more info and pricing.