In what can only be described as the most flamboyant wagon around, Novitec Rosso has unleashed its latest performance package for the Ferrari FF all-wheel drive shooting brake. 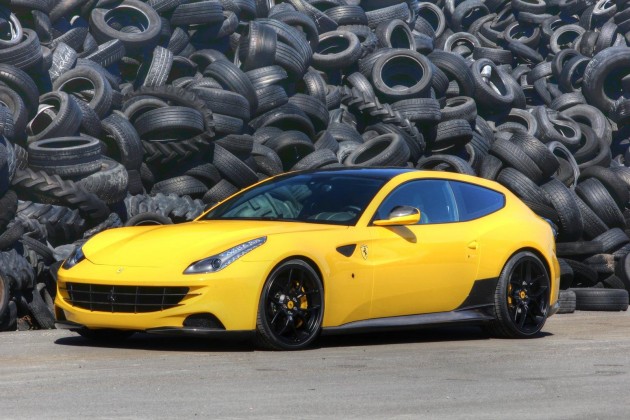 Novitec Rosso is famous for developing all kinds of performance kits, especially for extremely exotic supercars and the like. The German company’s latest project turns its eyes to perhaps Ferrari’s most humble vehicles in the showroom; the all-wheel drive, four-seat Ferrari FF.

Starting with that bright two-tone yellow and exposed carbon fibre body, the Novitec Rosso kit adds front and rear spoilers, a new rear diffuser, and a neat lip extension spoiler at the back. It’s not all just for show either, the body revisions have been developed using a wind tunnel for maximum aerodynamic advantage. 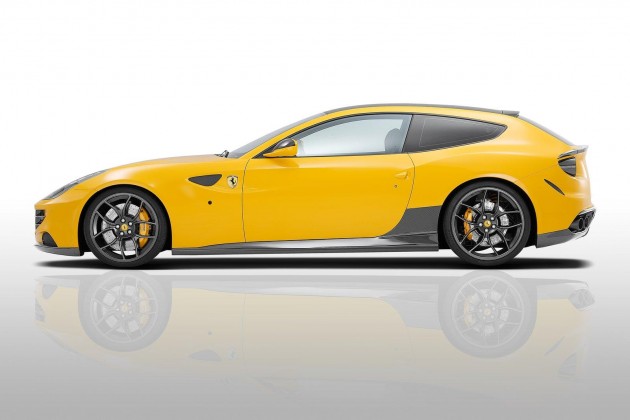 In the engine compartment, the original 6.3-litre V12 engine is given a kick in the pants, so to speak, and features a retuned engine computer for revised timing and fuel injection. As a result, the standard power output of 486kW is raised to 517kW.

Other modifications include a set of staggered lightweight alloy wheels, measuring 21 x 9 inches on the front (9.9kg each) and 22 x 12 inches on the back (13.5kg). These are firmly planted on the ground by a set of sports lowered springs. 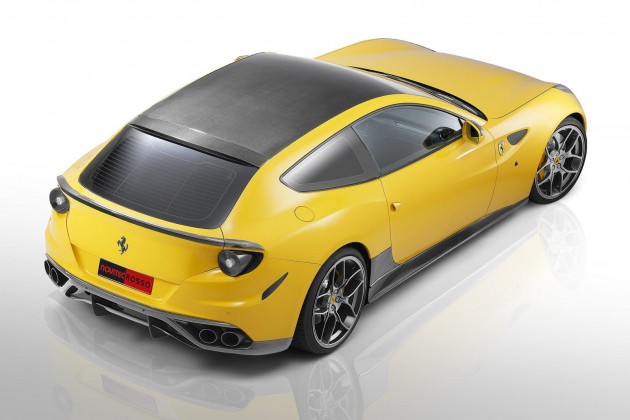 It’s definitely an attractive package, and one that is sure to gain lots of attention. Like all wagons, we think this one is rather cool. Only, in black or dark blue would go down a bit more smoothly. What do you think?