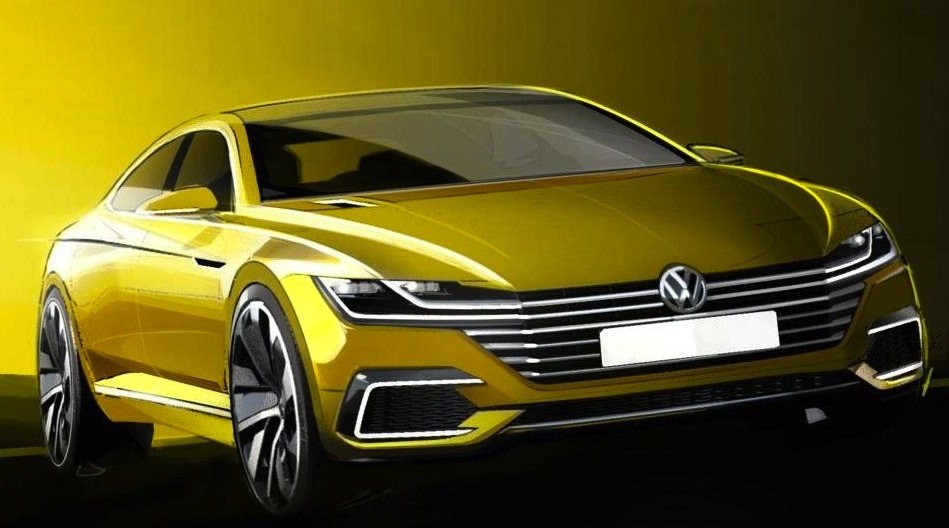 As previously reported, Volkswagen is planning to unveil a preview of the next-gen, 2017 Passat CC at the Geneva Motor Show next week, and has released a couple of teaser sketches to get us all excited. 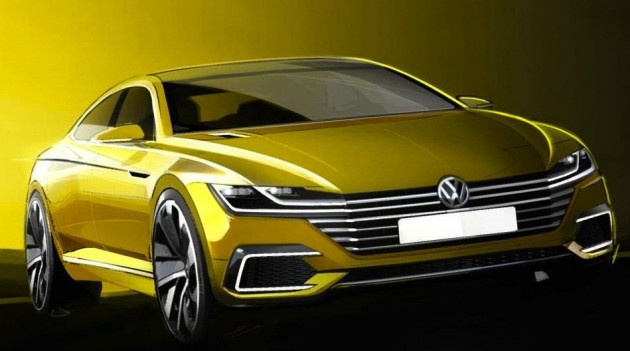 The Passat CC, or simply CC as it’s now called, is in need of an update, especially given the regular Passat underwent a fairly significant overhaul just last year.

VW hasn’t had much to say about the concept in regards to the preview, but it says it will feature an innovative four-wheel drive system. It’s expected to comprise of a 1.4-litre TSI petrol engine paired with an electric motor hybrid setup, similar to what is seen in the Passat GTE.

At the back is where you see the typical swooping roofline that we’ve come to expect on four-door coupes. The C-pillars seem very raked, leaving a high waistline and a perched up set of taillights.

The current-gen VW CC has been on sale since 2008, although there was a mild facelift in 2012 which brought updated styling and more in-car technology to the range. It will be interesting to see what VW comes up with next for the sleek sedan. All will be revealed on March 3. 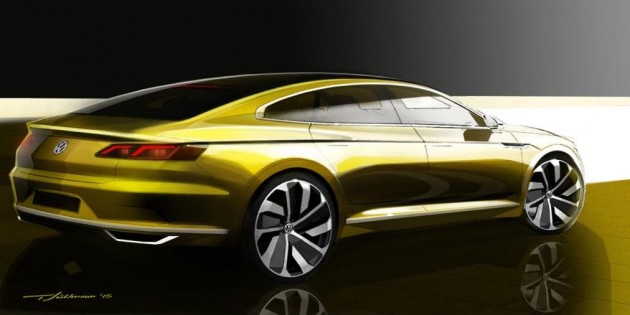