It’s the middle of winter right now at the Nurburgring, with temperatures hovering three or four degrees below zero most nights. Nurburgring Driving Academy chief driving instructor thought he might as well make the most of the winter wonderland by doing a quick lap of the deserted track. 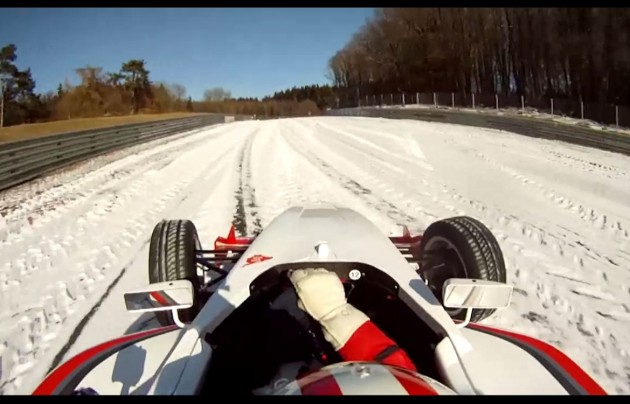 Fitted with very aggressive special tyres, the Formula race car slides all over the place, but in a controlled manner. Power is eventually put through to the ground and very high speeds are reached, despite the rear wheels spinning much faster than the front.

Andy Gulden drives around the famous track for a living, which helps as he navigates around the completely snowed over track. He’s got some great skill behind the wheel. Click play on the video below to take a look. It looks like a bag of fun.