There’s just something about old Jags that tantalise the auto taste bubs, especially race versions. They’re stately and majestic yet very brute. This 1977 Jaguar XJS V13 twin-turbo race version up for sale reinforces all of that notion. 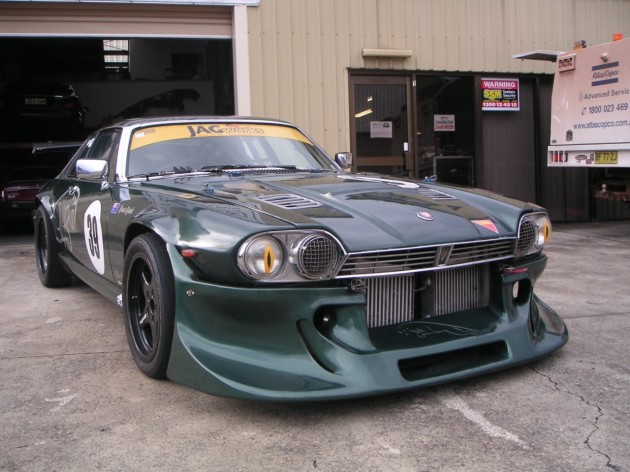 It’s not your everyday Jag. Far from it actually. The car started out life as a road-registered beast, even with the turbochargers, and has since been converted into a race car by the current owner. The owner has had it for several years.

Being a racing car there is extensive modifications throughout, inside and outside, and underneath. It’s said to be just one of three versions that were specially built by Gary Walker Jaguar in Sydney – one of the others was apparently built for Kerry Packer so he could beat his mate John Laws who drove a Porsche. 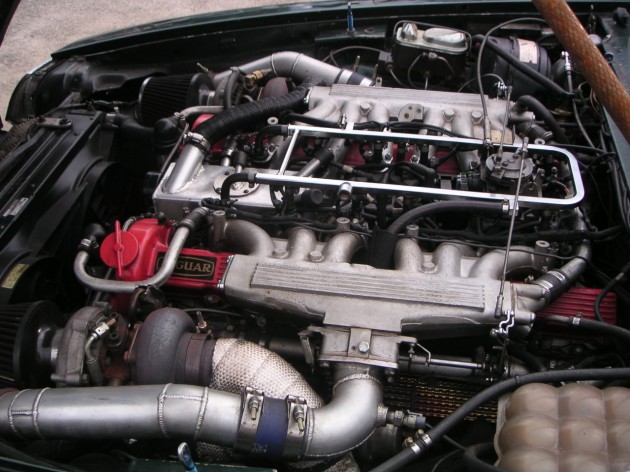 We’ll start with the engine. It’s a 5.3-litre V12 unit with two Garrett turbochargers bolted to the sides. It was originally powered by a 6.7-litre engine, however, the current owner decided to go with the 5.3 to improve reliability. The XJS has been on the dyno where it put down 610hp at the wheels (455kW). The engine is then matched up to a rebuilt and race-prepped Jerico four-speed transmission with dog clutches and straight-cut gears.

Next up the brakes are Harrop items with four-piston calipers, front and rear. These clamp huge V8 Supercar discs to ensure all that power can be wiped off with ease. The brakes sit behind a set of V8 Supercar 17 x 11-inch Speedline superlight alloy wheels – actually from an old Peter Brock and Larry Perkins V8 Supercar. 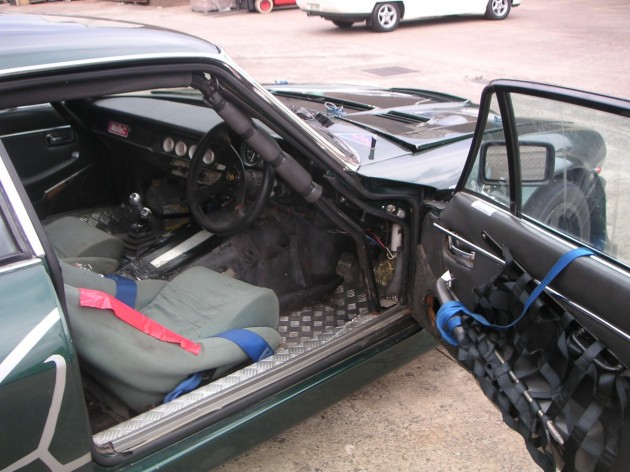 Inside, the interior has been completely stripped out for race purposes. There’s a pair of racing bucket seats, some chequer plate on the floor, and a full CAMS-approved roll cage.

On the outside the XJS V12 is coated in an iconic British Racing Green colour scheme. It also features a very aggressive aerodynamics kit, including a deep and low front spoiler and a huge rear wing for added downforce.

The current owner says the car has been used to race in the Marque Sports car race series, and that it comes with a full CAMS logbook.