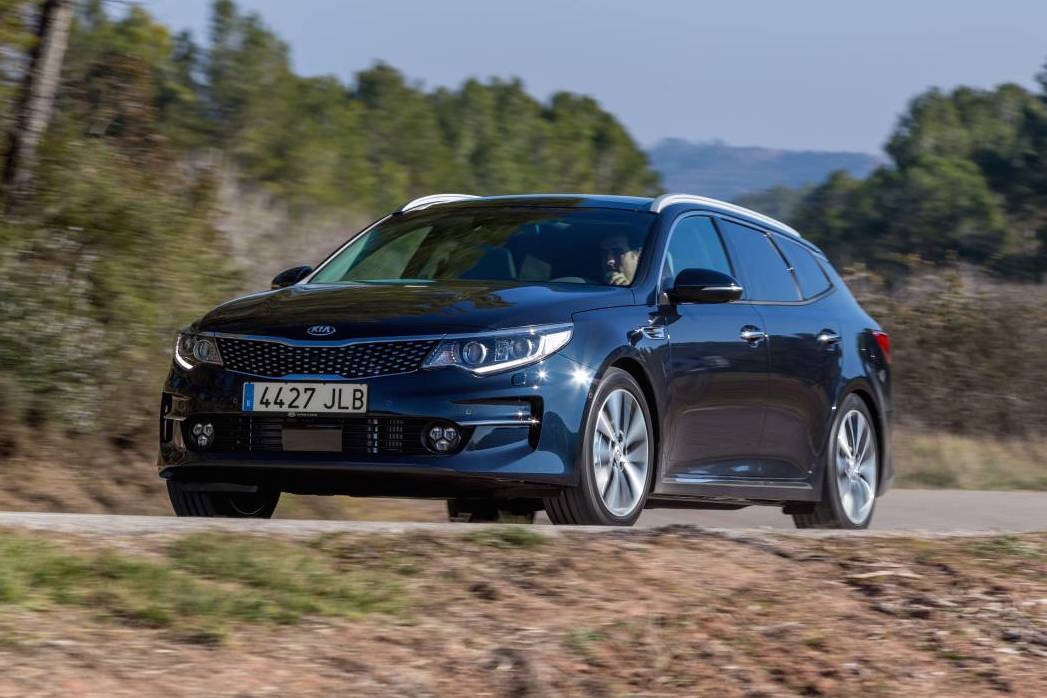 Kia has revealed a sporty wagon variant of the Optima called the Sportswagon, which is seen as essentially a production version of the SPORTSPACE concept. 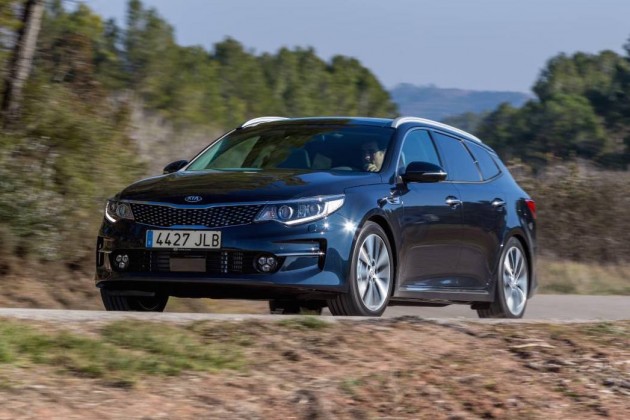 Bringing a dash of sportiness and style to the mid-size station wagon segment, the Optima Sportswagon infuses the typical good-looks and sleek design of the regular Optima sedan into a more practical wagon layout.

In the back the extended roofline provides 553 litres of cargo space, up 48 litres from the sedan counterpart, which is expandable thanks to 40:20:40 split-folding rear seats. With a low and flat cargo bed, and a power tailgate, it really is the more practical variant.

Powering the Optima Sportswagon are three options; a 2.0-litre CVVL petrol engine producing 120kW and 196Nm, or a turbocharged 2.0-litre producing 180kW and 353Nm. A CRDi 1.7-litre turbo-diesel will also be offered generating 104kW and 340Nm. All feature front-wheel drive and a six-speed manual or auto, and a seven-speed dual-clutch auto for the CRDi diesel.

From launch, the wagon will come with a smart on-board infotainment system with Android Auto support and voice activation with access to Google Maps. Apple CarPlay will join the suite by the end of 2016. 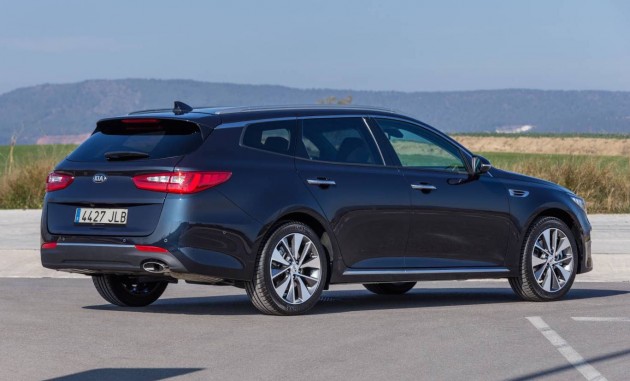 On all variants, the infotainment system is paired to a six-speaker audio unit, while buyers will have the option for a 590-Watt Harman Kardon system with eight speakers and a sub-woofer.

Other advanced highlights that will be available include Advanced Smart Cruise Control, autonomous emergency braking, auto high-beam, blind-spot protection, and rear cross-traffic alert. A 360-degree monitor will also be available, along with automatic parking functionality.

The new variant will make its public debut at the 2016 Geneva Motor Show which starts on March 1. Kia Australia is yet to confirm local specs and details, or even market entry, with info above potentially being dissected for various markets around the world.

It will go on sale in Europe during the fourth quarter of this year. An Australian entry would likely take place at a similar time or even sooner given that it has already been homologated for Australian regulations. In the fine print, Kia says: