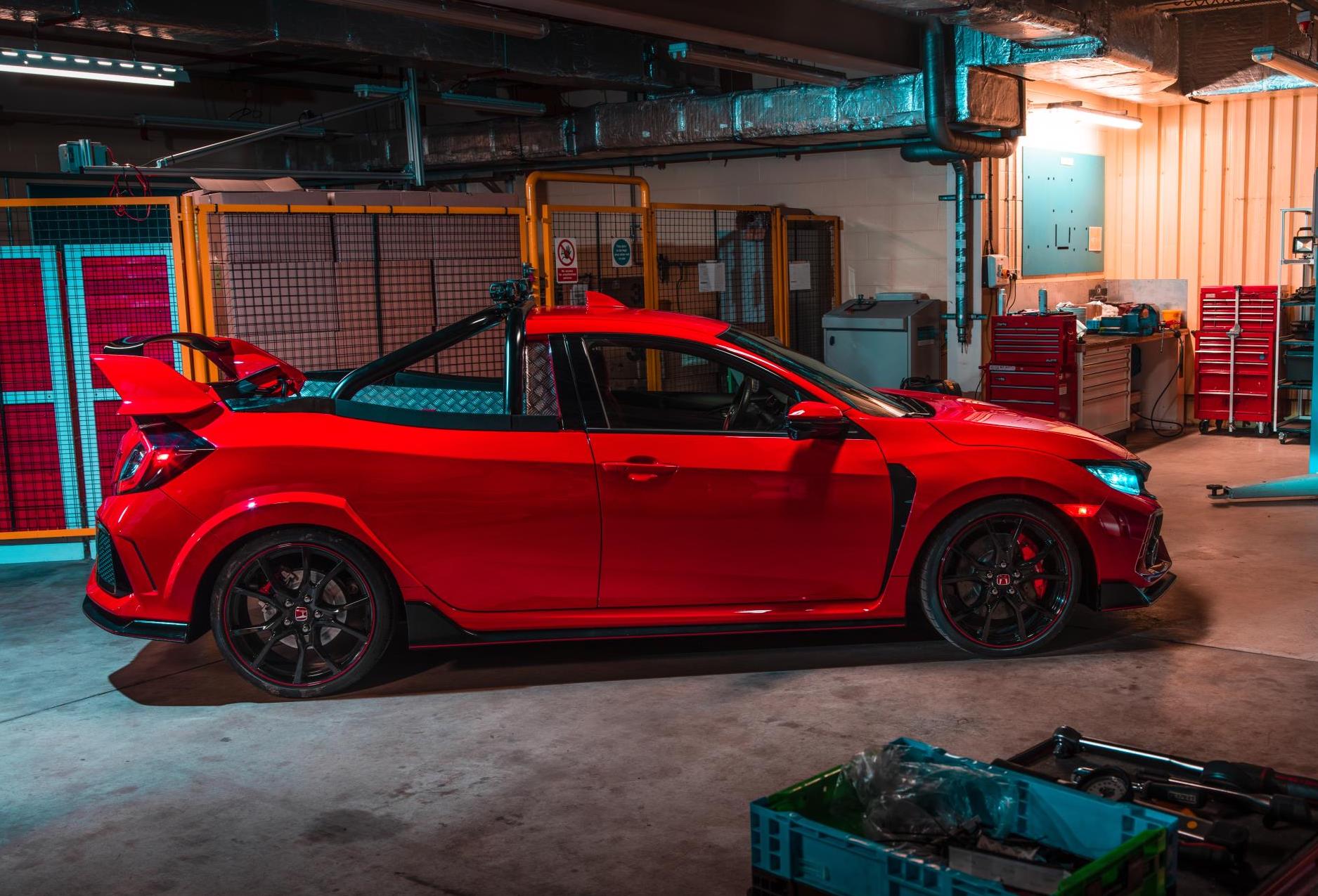 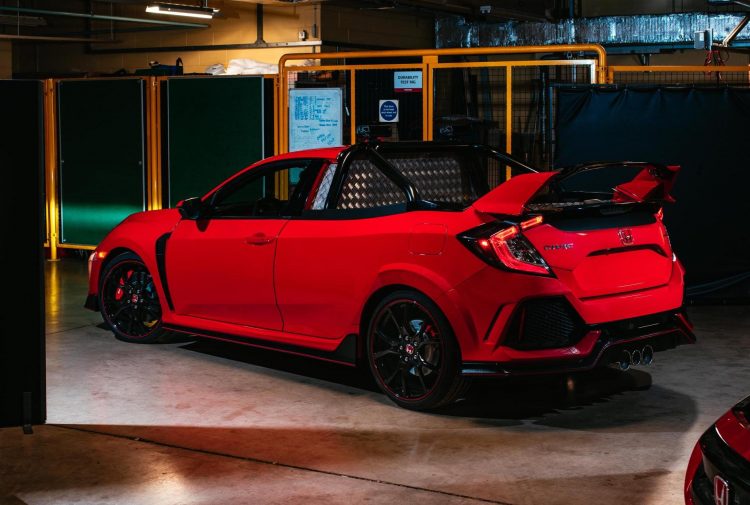 Created by the brand’s in-house Synchro Motorsport team, the Pickup Truck concept has received extensive bodywork modifications to become a two-door coupe-utility. It retains the distinguishing features of its donor, including flared wheel arches, an angry rear wing and the volcanic 2.0-litre turbo engine, which generates 228kW and 400Nm, sent through the front hoops.

Performance of this monster is said to be impressive, with a top speed of 265km/h, a 0-100km/h time of under six seconds and is configurable via switchable driving modes, including Comfort, Sport and +R. The most impressive feature is the rear deck lid which incorporates the wing, which can be moved for better access to the loadspace. 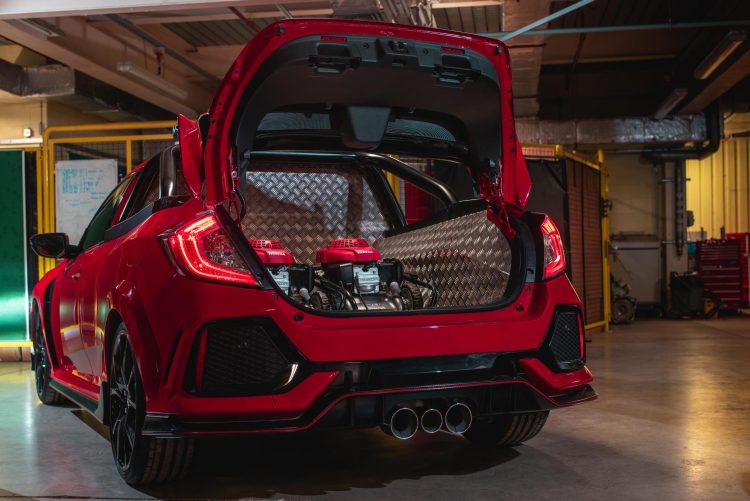 Speaking of which, it is finished in chequerplate, which also occupies where the rear window would sit. Plans to take the Pickup Truck concept to the Nurburgring are well underway, with project lead Alyn James commenting:

“We have a special projects division at the factory in Swindon and this project was a fantastic opportunity for the team to show just what their creative minds could do. The passion that our engineers have for Honda is shown in our latest creation and we are even considering taking it to the Nurburgring to see if we can take the record for the fastest front wheel drive pickup truck!”

What do you think of the Civic Type R ute? Tell us your feelings in the comment section below.