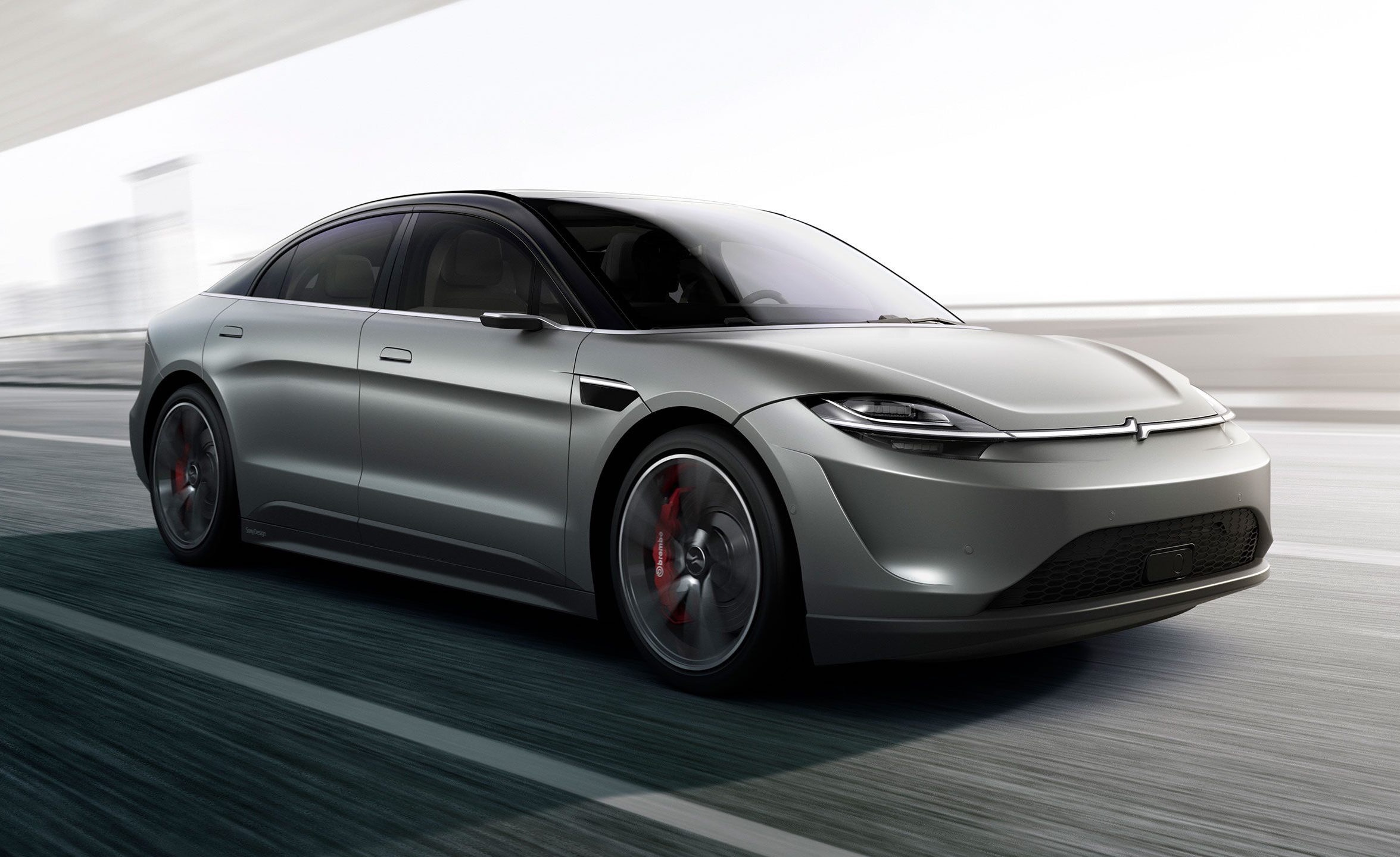 Sony has used the Consumer Electronics Show in Las Vegas to unveil a unique and very cool electric vehicle concept called the Vision-S prototype. It was designed to blend safety, entertainment and adaptability into a form of transport. 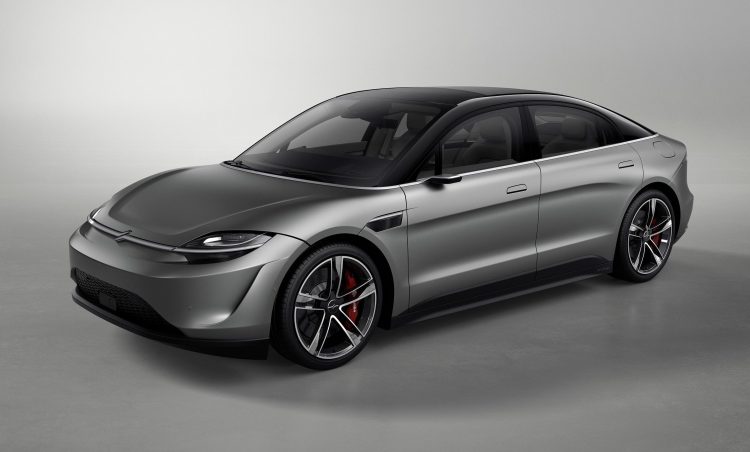 While many of us recognise the Sony brand as being one of the leading producers of electronic goods, such as sound systems, computer accessories, and mobile devices, it does seem kind of logical that the Japanese company would move into the area of mobility. Especially as the industry transitions into electric propulsion and comprehensive connectivity.

Measuring 4895mm long, 1450mm tall, and 1900mm wide, the Vision-S is pitched as a luxury sedan, of similar size to the Tesla Model 3 (4694mm, 1443mm, 1933mm, respectively). It features very clean lines, the trending full-width taillight and a full-width headlight system, as well as a completely glass roof to light up the cabin. 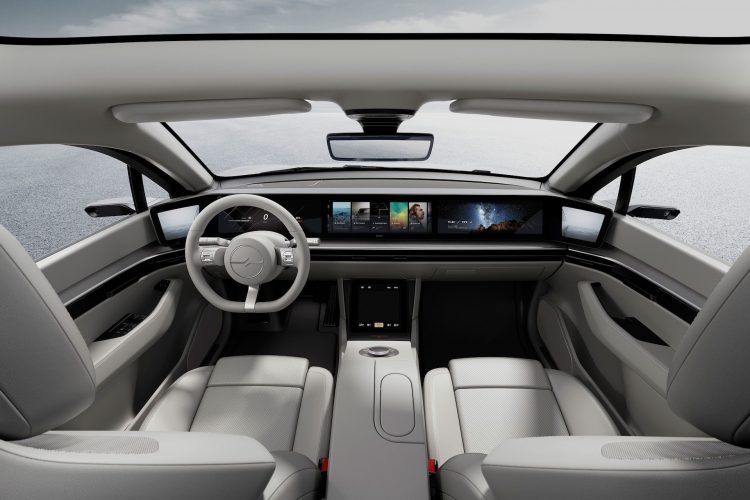 Obviously a majority of the development was focused on the interior. It’s filled with electronics. The dash is simply and beautifully showcased with five digital screens. Two on either end are for the rear-view side cameras, with no traditional mirrors, leaving three main screens on the fascia.

There’s a separate screen for the instrument cluster for the driver, displaying all of the vital driving information. In the middle is the main hub, with media, navigation and vehicle settings, while the passenger gets a dedicated screen with online functionality, all wired up to a 5G connection. There’s also two more large screens for the rear passengers. 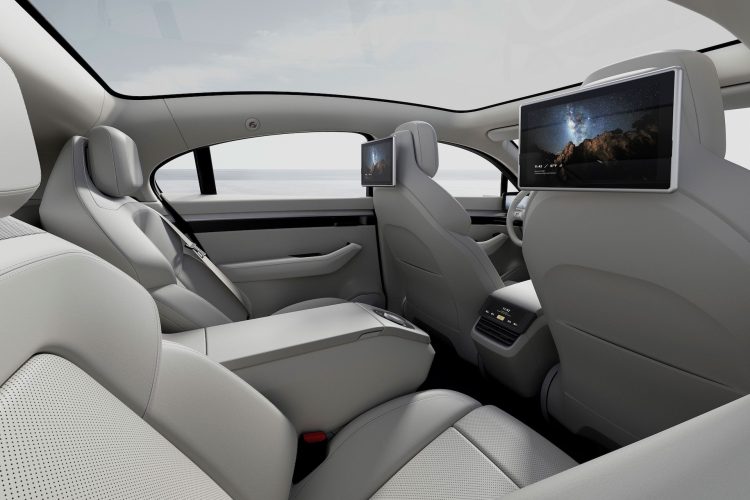 The Vision-S does plenty of cool things, as you’d expect. For example, if a passenger enters the vehicle listening to music on headphones, the vehicle can automatically pick up the music and play it through the car’s speakers. The driver is also fully connected to the vehicle via a smartphone, and can summon the car from a parked location to their present location.

Other unique highlights include speakers in each of the seat headrests for a “360 Reality Audio” experience, with around 33 speakers in total, along with cloud-based artificial intelligence that can constantly learn and adapt and update over time. Sony says the longer a person uses the vehicle, the more the car evolves. 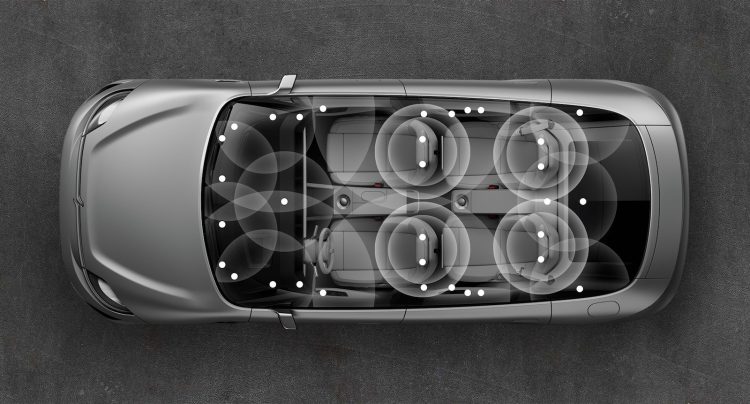 As for the powertrain, the Vision-S uses two 200kW electric motor systems, with one for each axle. Acceleration across 0-100km/h is claimed in 4.8 seconds, with a top speed of 240km/h. The vehicle rides on double wishbone suspension front and rear, with air springs, and offers an adjustable ride height between 120-135mm.

So, when can you buy one? Unfortunately, Sony has not set out any firm plans to hit the automotive market. Instead, it built the concept to get a better understanding of vehicles. However, given the company has gone to the extent of making a complete vehicle we’re going to assume there could be some plans to at least offer platforms and systems for other carmakers to adopt in the future.