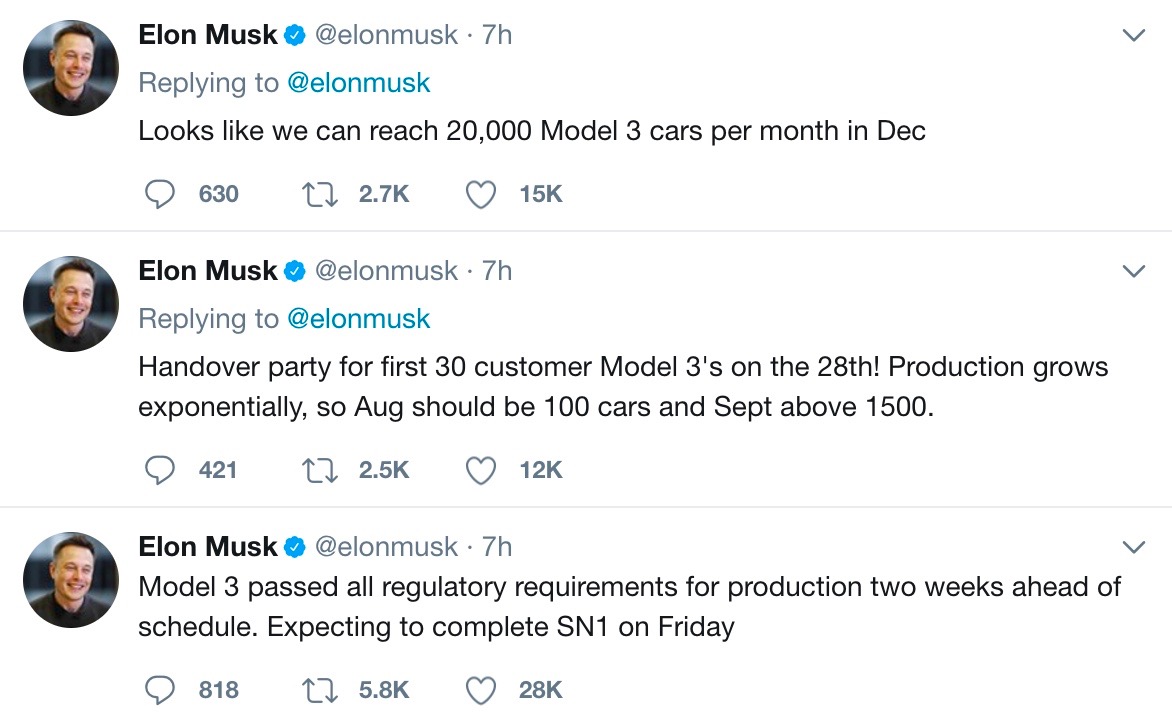 Tesla is on track to meet its commitment to commence production of its mainstream Model 3 model by the end of July, company boss Elon Musk says. 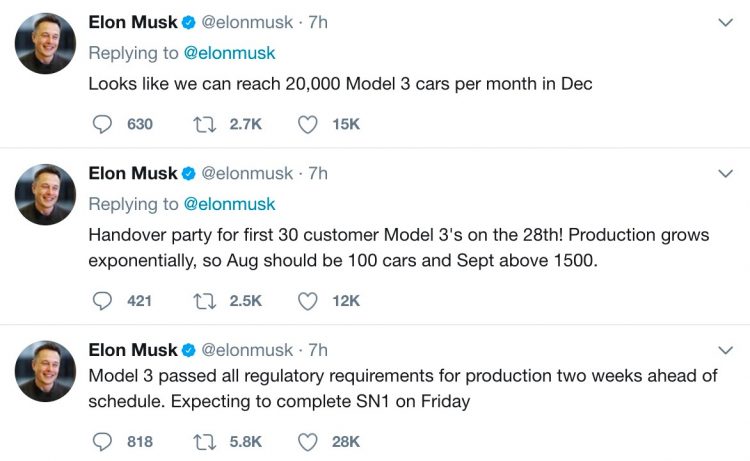 Of the record order numbers, which total around 400,000 globally, the first 30 will be delivered on Friday the 28th of July, with estimates of a further 100 in August, ramping up to 1500 in September and 20,000 in December, according to a tweet by Musk.

This is in preparation of the 2018 target of 500,000, about when the car will make its local debut here in Australia. This coming Friday, the 7th of July, will mark the completion of the first production Model 3, designated ‘SN1’.

Meanwhile, the existing Model S and Model X models have received a spec adjustment so that there is more daylight between the base models and the upcoming Model 3.