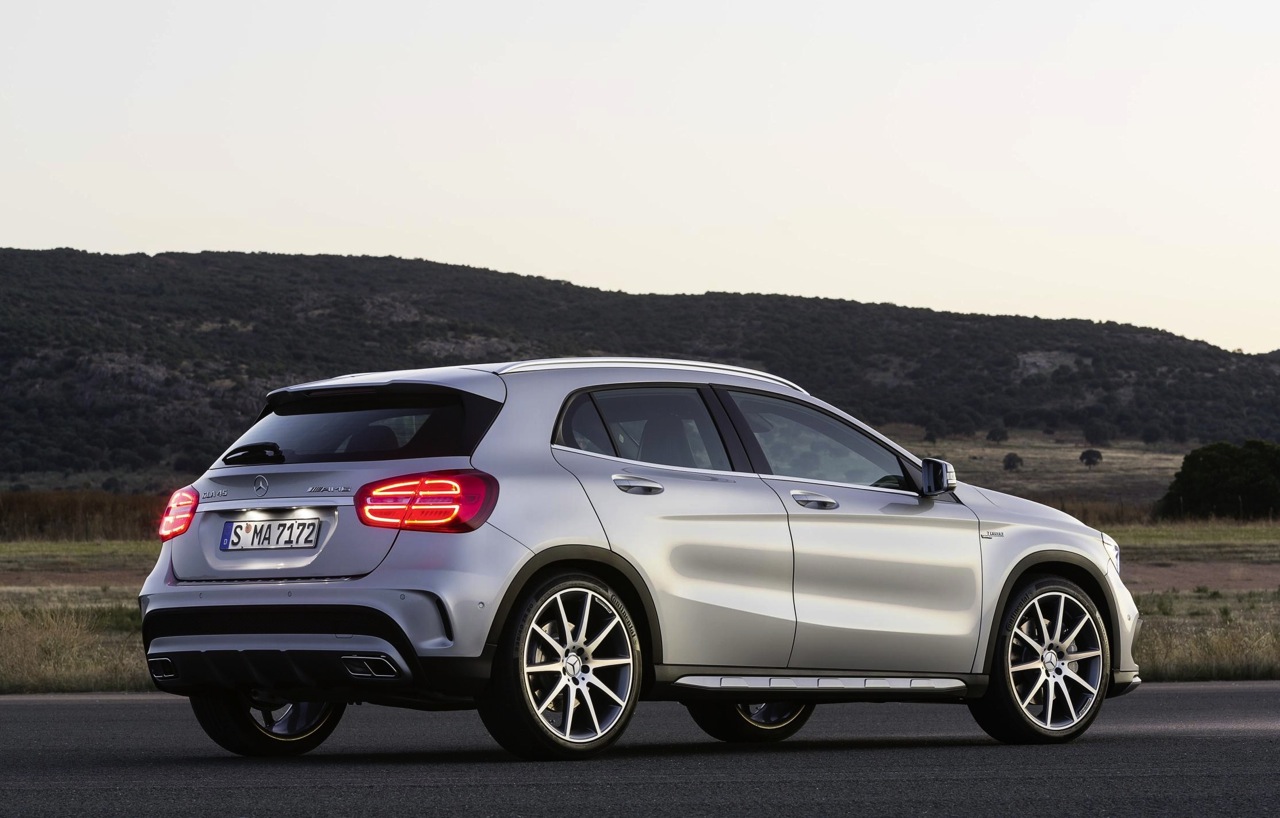 The high-performance Mercedes-Benz GLA 45 AMG small SUV has been revealed ahead of its North American International Auto Show unveiling next week. 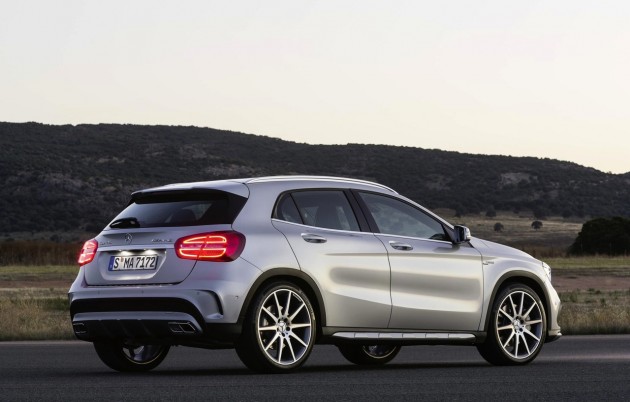 It’s a bit of a surprise debut, especially given the fact the regular GLA-Class is yet to hit the market. Like the regular GLA, this AMG version is like a jumped up version of the latest A-Class, or the A 45 AMG in this case.

Power comes from the same Euro 6 compliant 2.0-litre turbocharged four-cylinder engine as seen in the A 45, producing a class-leading 265kW and 450Nm. The surge is sent through a seven-speed AMG SpeedShift DCT transmission and into all four wheels.

Flat-out acceleration from 0-100km/h is achieved in just 4.8 seconds, while the top speed is limited to 250km/h. Even with this level of performance, fuel economy is quite good, recording an official average of 7.5L/100km. 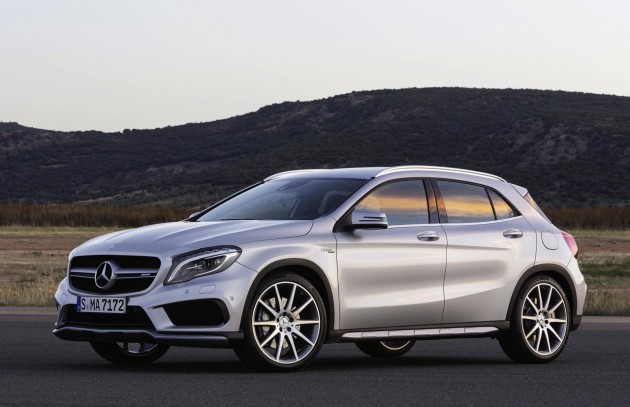 In typical AMG fashion, the GLA 45 comes with a variety of discreet performance styling tweaks to give it that edge over its regular counterpart. There’s a neat bodykit with a slightly more aggressive front end and rear diffuser section, as well as a number of carbon fibre trimmings for those who want to option up.

Inside, the decor is sporty yet luxurious, with leather-upholstered AMG bucket seats, dashes of red used for stitching and seat belts, and a number of carbon fibre bits and pieces for the dash. The dash also showcases the company’s latest LCD multimedia interface.

The GLA will be Mercedes-Benz’s first attempt at the small SUV market segment, taking on the likes of the Audi Q3 and BMW X1. Lexus is planning to introduce the ‘NX’ model in the near future as well, falling into the same category.

This AMG version will be the quickest model available in the segment. Audi offers the 228kW RS Q3, capable of 0-100km/h in 5.5 seconds, while BMW doesn’t currently offer an ‘M’ variant of the X1.

The GLA is set to go on sale after its public debut at the Detroit show which starts on January 13.