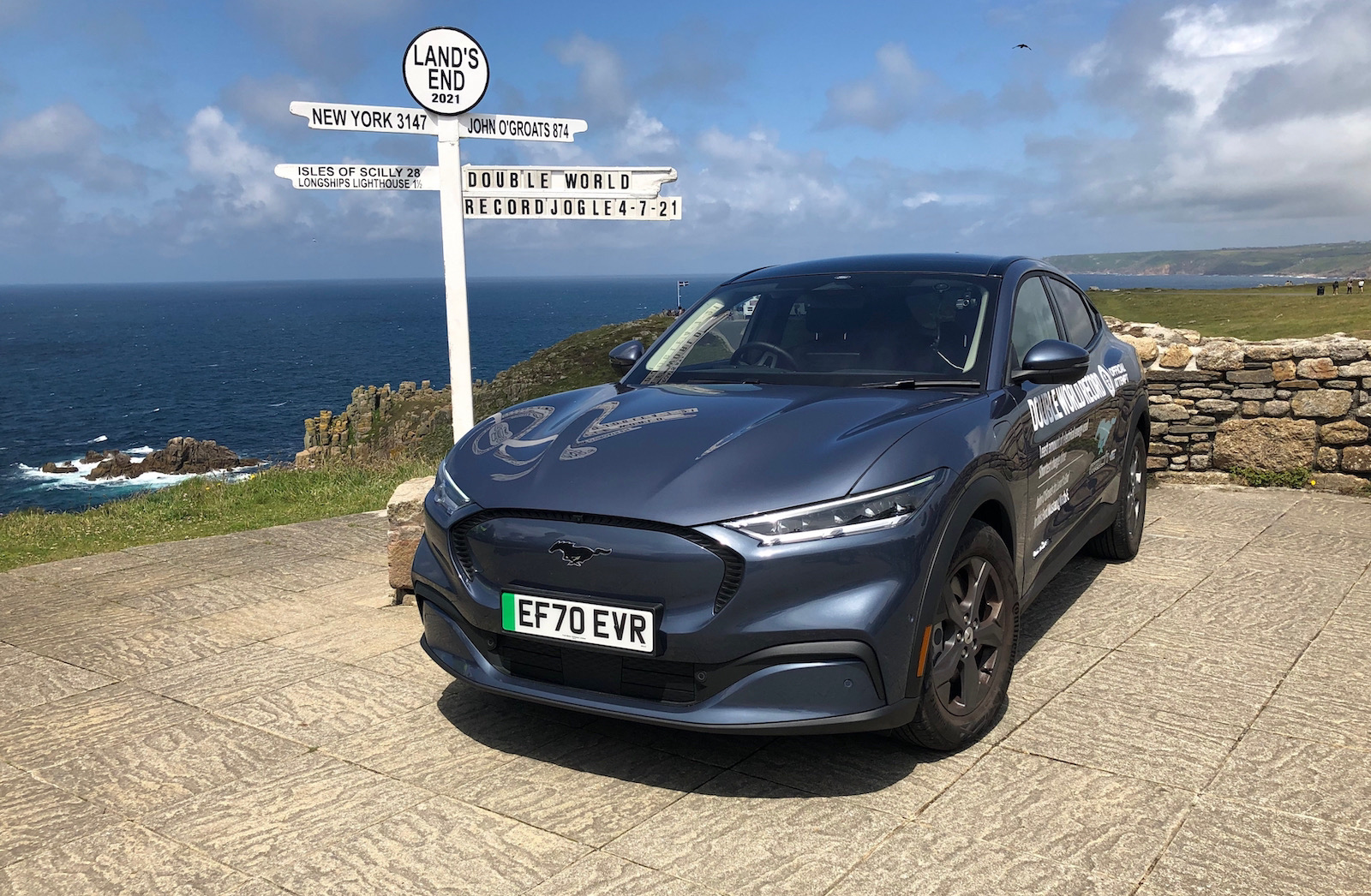 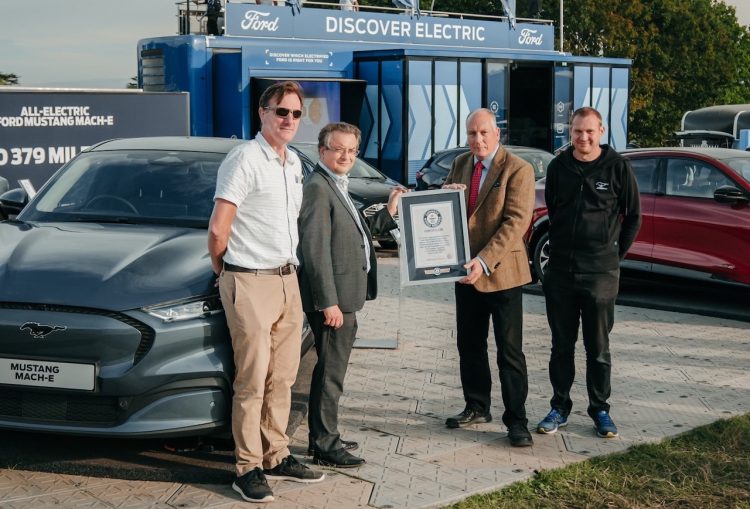 An example of the new Mustang Mach-E, which has just launched in the UK, was driven from John O’Groats to Land’s End with only two main charging stops. That’s a total of around 1352km (840 miles). And across the journey, independent data analysis verified an energy consumption of 6.5 miles per kilowatt hour.

That’s essentially the lowest recorded ‘L/100km’ rating for a factory electric vehicle. The energy consumption also translates to a range figure of over 500 miles per battery charge (804km). Although that is very impressive, the specific model taken on the drive has an official WLTP-rated range of 379 miles (610km), so it’s very interesting to see the full real-world potential. 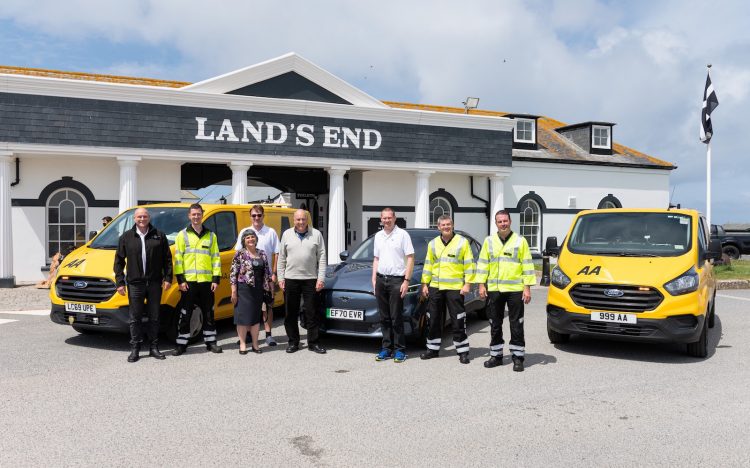 Using this particular route demonstrated the new model’s cross-country ability. In fact, the route is known as Britain’s longest direct journey. Aside from taking the recommended breaks every two hours, the vehicle was charged at only two main stops, at Wigan and Devon. Speaking about the record run, Ford UK’s electrification manager, Tim Nicklin, said:

“The Mustang Mach-E’s efficiency minimised charging along Britain’s longest route and proved itself as a game changer. Ford’s own Go Electric report on consumer perceptions reveals that the average range which the public thinks a fully charged electric car can travel is under 150 miles. If the Mach-E can achieve well over three times that distance in the hands of professionals, it can easily deliver its official ‘miles per tank’ to owners – and dispense with any previous range anxiety.”

Professional driver, Paul Clifton, and co-drivers Fergal McGrath and Kevin Booker, used the rear-wheel drive extended range variant of the Mustang Mach-E, which features an 88kWh battery and single electric motor that generates up to 216kW and 430Nm. It can accelerate from 0-60mph (97km/h) in a claimed 6.1 seconds.

Ford Australia is expected to introduce the Mustang Mach-E locally at some point, but an official launch date is yet to be locked in. 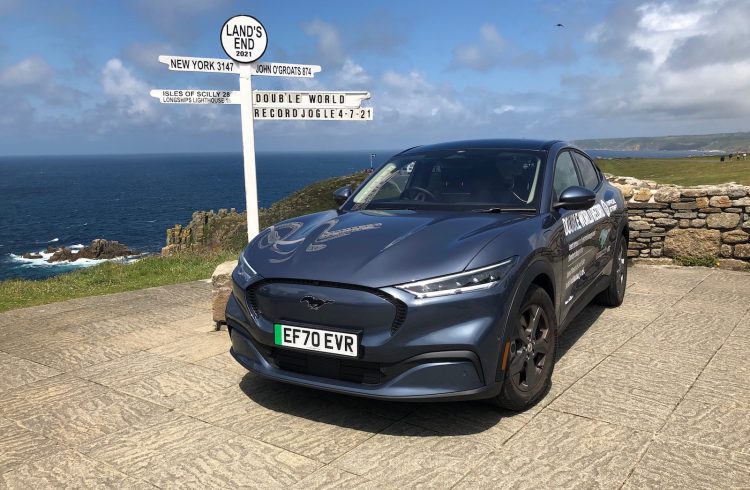