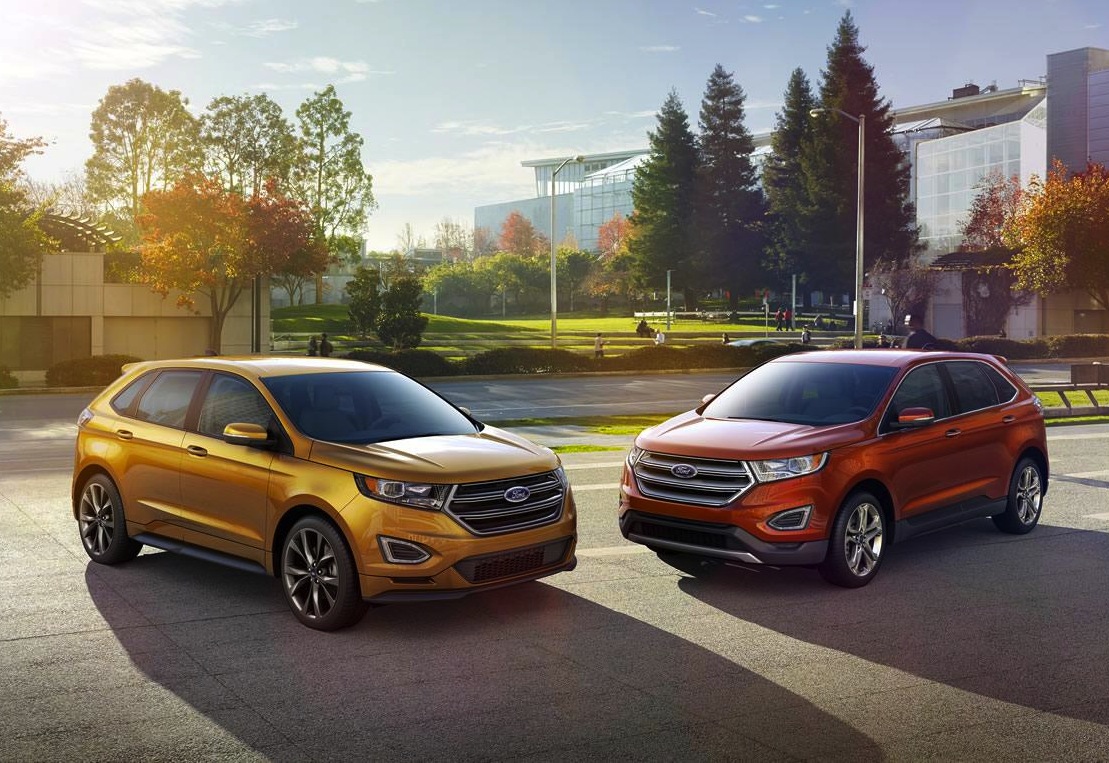 Meet the new Ford Edge. This is the next-gen mid-size global SUV that will eventually replace the local Ford Territory. It’s inspired by the concept of the same name that was unveiled last year. 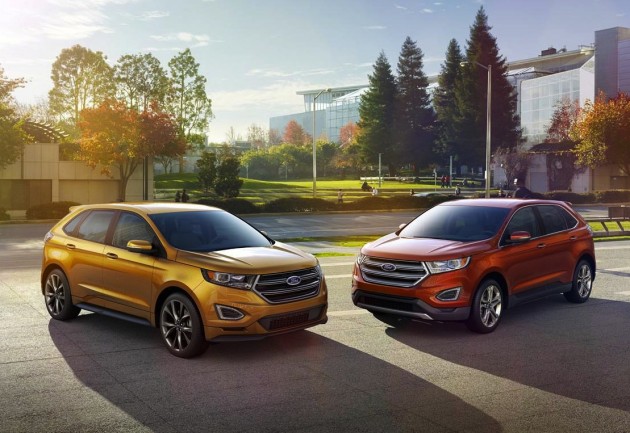 With local manufacturing of Ford vehicles coming to an end in 2016, the Ford Falcon will be no more. Unfortunately, it also means the end of the road for the Falcon-based Territory. If there is a bright side to this sad story, it’s the Ford Edge.

Ford has been banging on about its One Ford company mission for a while now. It’s all about creating platforms and vehicles that can, with minor adjustment, be made for markets all around the world. Take the new Mustang for example, it will soon launch in Europe and Australia.

As for the Edge, it’s based on Ford’s latest mid-size platform that also underpins the upcoming Mondeo. It will come with a variety of fuel-efficient EcoBoost engines, including a 2.0-litre turbo with around 183kW, a 2.7-litre V6 turbo with around 224kW, and a naturally aspirated 3.5-litre V6 with even more power.

Both front- and all-wheel drive variants will be on offer, paired with a six-speed automatic transmission. 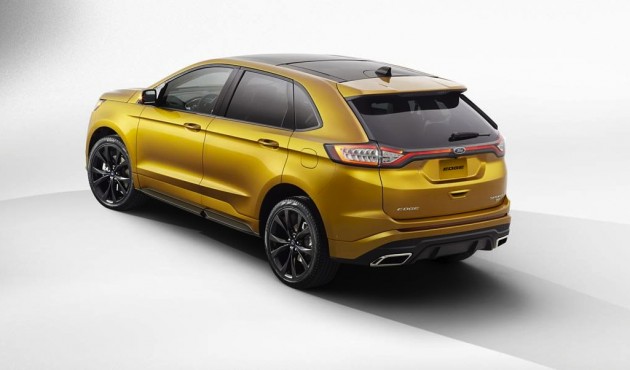 Perhaps most interestingly, the new Edge will be a technological showcase for all of Ford’s latest innovations and safety systems.

It will come with a fully electric steering system that uses an adaptive rack that constantly changes its ratio to suit the conditions, as well as a 180-degree front camera, airbags in the rear seatbelts, radar cruise-control, foot-operated tailgate, and an automatic parking system. 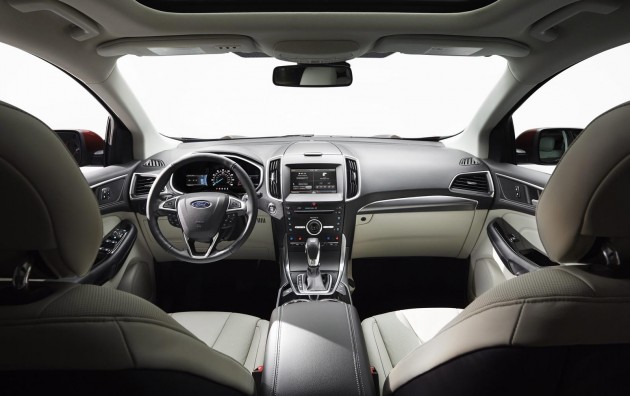 This should be one to look forward to. It will sit above the Kuga and EcoSport in the range, both of which are great, fun-loving vehicles.

While seven seats won’t be an option, like in the Territory, Ford will introduce an SUV version of the Ranger called the Everest later down the track, offering such accommodation.

Market entry is set to take place in 2016-2017. It’s unclear if Ford Australia will adopt the Edge name or carry over the Territory badge.