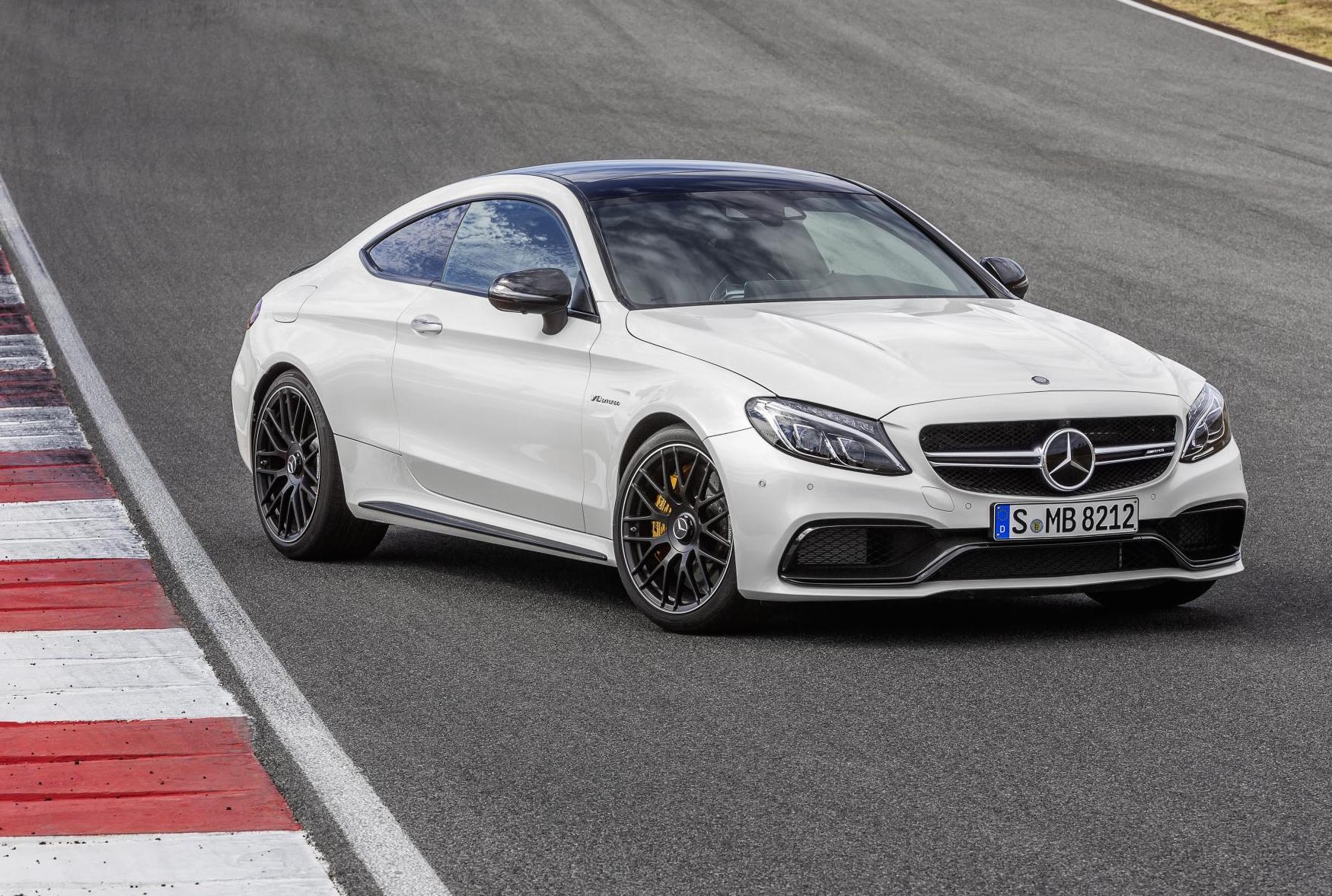 Following the online unveiling of the 2016 Mercedes-Benz C-Class Coupe, AMG has now pulled the covers off the C 63 Coupe version. They both make their public debut at the Frankfurt show next month. 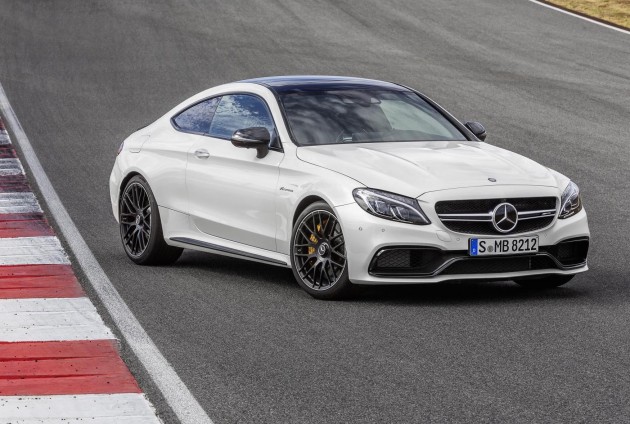 You’ll immediately spot the AMG version from a mile away. It comes with, as suspected, bulging wheel arches that swell right out compared with the regular coupe and compared with the C 63 AMG sedan. These are more like the guards on the previous Black Series model.

Other styling enhancements extend to a more aggressive front bumper bar, black grilles, contoured bonnet, side skirts, a neat lip spoiler at the back, and the traditional diffuser setup underneath housing quad-outlet exhausts.

Hiding in the guards are a set of 18-inch or 19-inch wheels, featuring 255/40 front and 285/35 rear tyres. The ‘S’ version gets the same width tyres only the profiles are slightly different due to the 19-inch rim.

Power is sent through a seven-speed MCT dual-clutch automatic transmission and into a heavy-duty rear-wheel drive system, dividing torque with a limited-slip differential. The S uses an electric LSD while the regular model gets a mechanical LSD.

Mercedes says the coupe comes with completely redesigned suspension, with a four-link setup at the front with racing-style brake connections, while the back uses a multi-link arrangement with an AMG-specific axle carrier for the increased track width. Drivers can play with the AMG Ride Control damper settings for finer adjustment.

Inside, the new C 63 AMG Coupe is dressed in typical sports fashion using high-grade materials. There’s a number of AMG controls around the place, bespoke sports seats wrapped in Artico/microfibre man-made leather, and of course all of the luxuries you’d expect in a top-line C-Class. 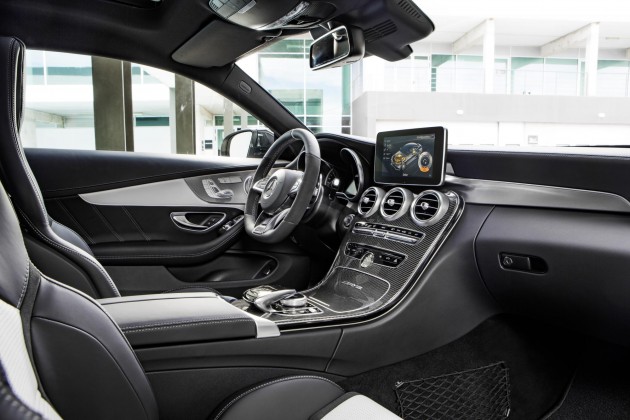 Punters will be able to sign for an example at the dealership later this year. An Australian introduction, including prices, are yet to be confirmed but it is expected to arrive well into 2016.