Australia missed out on many ultra hot hatchbacks and sports cars in the past, the Ford Escort RS Cosworth was certainly one of the more desirable ones. Up for sale here though is an example in Australia and registered in Queensland. 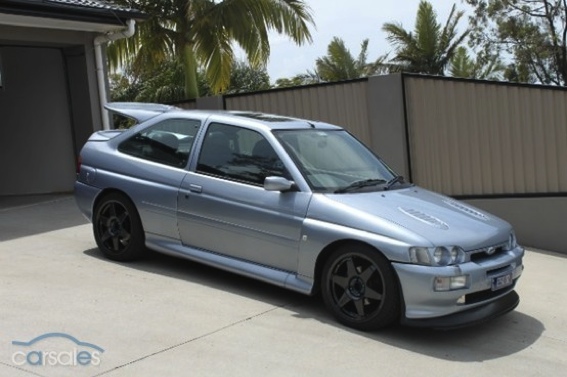 Fans of early-1990s world rally will recognise the RS Cosworth. With its twin-headlights at the front and that huge rear wing, it was amongst the most sort-after models around, carrying a similar, although more exclusive (just 7145 were ever made) following to the first generation Subaru WRXs. 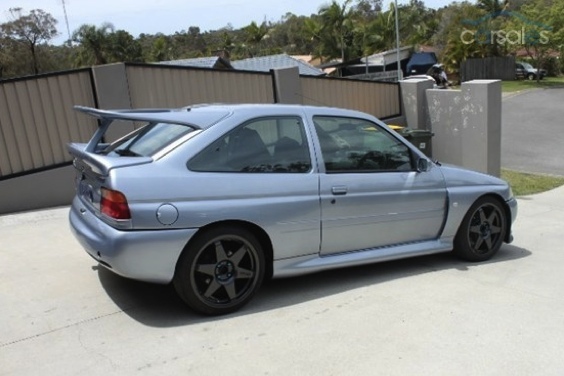 This particular example was owned by its current owner in the UK. He then imported it over to Australia, presumably because he loved it so much. It comes with a road worthy certificate and many original spares, as well as plenty of upgrades.

It still features the standard T25 turbo although it has a GGR 305 induction kit, as well as a new stainless steel exhaust system to give the anabolic Esky a decent bark and more breathing space (standard induction box is included as a spare). The engine is backed up by the stock five-speed manual transmission.

The very rare (especially for Australia) Ford Escort RS Cosworth up for sale also comes with a range of must-have goodies that have been developed over the years for the RS, such as Koni adjustable suspension, uprated and now cross-drilled brakes, and a set of dark 18-inch Revolution Group A alloy wheels to complete the picture.

The Ford Escort RS Cosworth holds a place in the hearts of many car enthusiasts, and was one of my personal pin-up favourites back in the day. Seeing this example up for sale certainly is tempting.

The owner’s asking price is $44,950. You can see the full carsales ad by following the link.