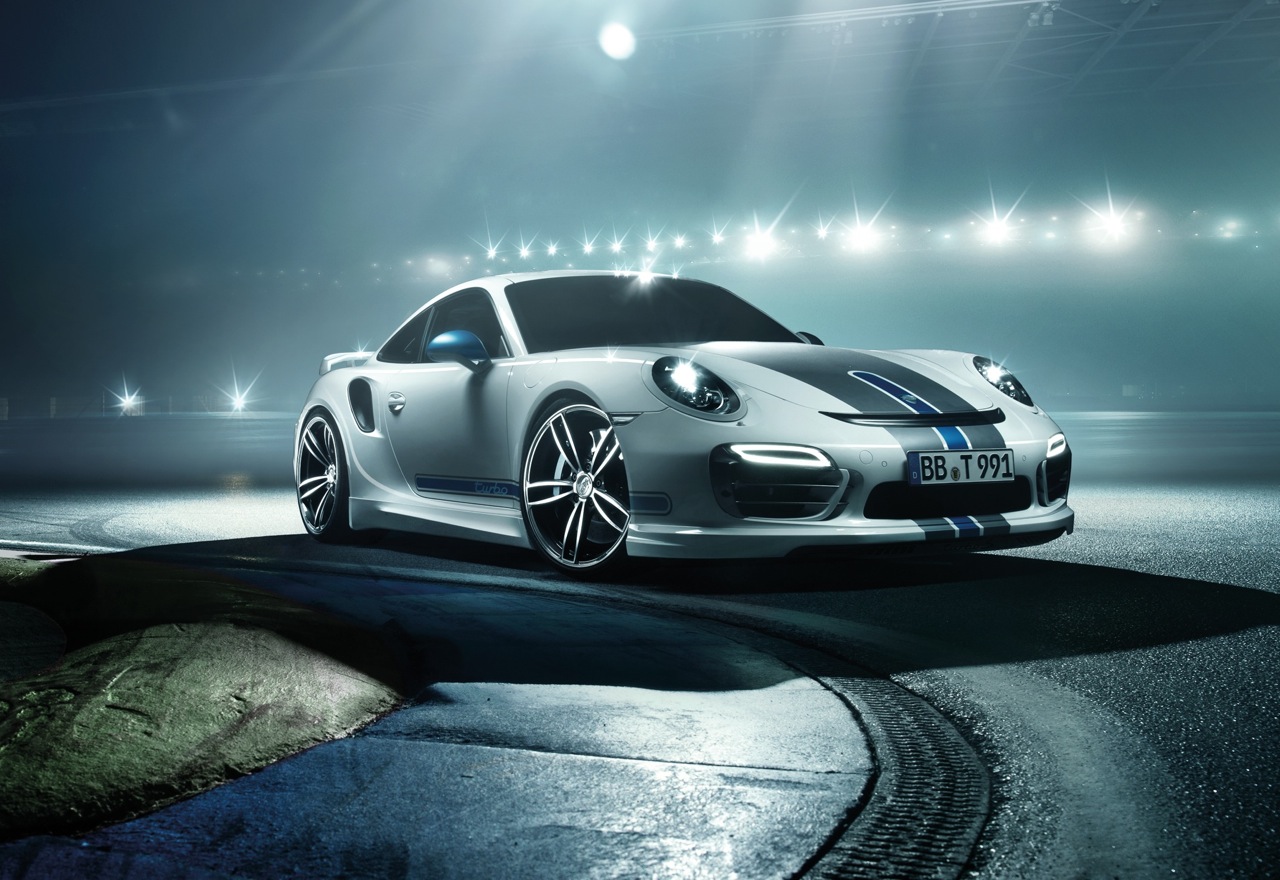 A new tuning program has been developed for the 991 Porsche 911 Turbo by TechArt. It adds more style in every department, improved aero, and more engine performance. 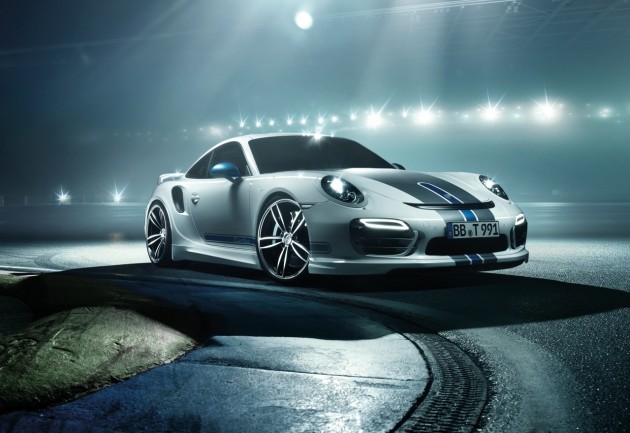 Featuring a distinct TechArt theme, the bodykit comprises a new active front lip spoiler which extends from a revised front bumper bar, matching side skirts, and a unique racing stripe that runs over the roof and rear of the car.

Speaking of the rear, it’s infused with a complex diffuser system supporting a quad-outlet exhaust. There’s also a new vented engine cover, and a big rear wing which blends in with a GT3-style lip spoiler on the hatch.

A set of 21-inch TechArt Formula III forged alloy wheels complete the look and also reduce unsprung mass. These can be had in standard or bi-colours, or in ceramic burnished glossy smooth finish. 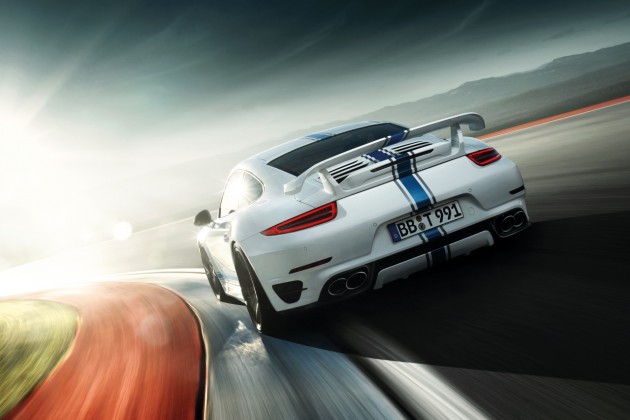 As for the engine, TechArt says power upgrades can be made via the Power Kit 091/T1 package. Details are limited at this stage but the kit will include a new engine computer tune and exhaust system.

Inside is perhaps just as dramatic as the outside. TechArt offers a full range of customisation options, including a bespoke TechArt steering wheel and paddle shifters, aluminium pedals and footrest, new sports seats, and various carbon fibre trimming changes.

The complete package will make its debut at the 2014 Geneva Motor Show in March.