Formula One drivers Michael Schumacher and Nico Rosberg have unveiled the new 2012 DTM AMG Mercedes C-Coupe at this year’s Frankfurt Motor Show, built to compete on behalf of Mercedes-Benz in the 2012 DTM (Deutsche Tourenwagen Masters, or also known as, German Touring Car Masters). 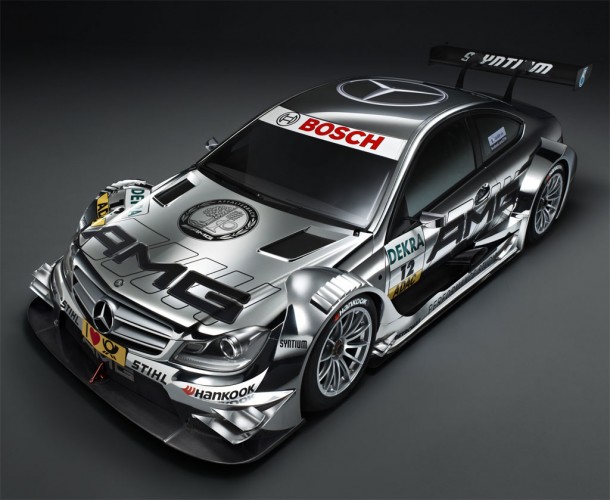 This new 2012 DTM AMG Mercedes C-Coupe is the successor of the AMG Mercedes C-Class, which during its time had 84 victories from 156 races – to date it is the most successful race car in the 27-year history of the DTM.

The engine will transmit its power through a six-speed pneumatically operated sequential transmission with steering wheel mounted paddle shifters, and use a three-plate carbon fibre clutch and a carbon fibre driveshaft to then turn the tyres through a mechanical differential lock – the 2012 DTM AMG Mercedes C-Coupe is a traction control free zone. 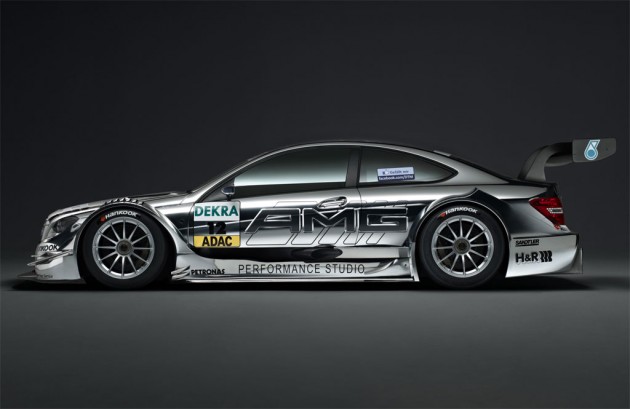 The 2012 DTM AMG Mercedes C-Coupe is built around a carbon fibre monocoque chassis equipped with a roll cage made from high-strength steel – with carbon fibre panels front to back.

The carbon fibre crash structures featured in the DTM AMG Mercedes C-Coupe are designed to progressively absorb impact energy, thus reducing the impact of high deceleration forces on the driver. Michael Schumacher said at the unveiling this new Mercedes-Benz is the benchmark for touring car racing.

“The new 2012 Mercedes-Benz DTM car looks fantastic, but what I find even more impressive than the car’s visual appearance is the new safety concept with its innovative safety cell and more advanced carbon fibre crash structures. This safety standard is exemplary and constitutes, in my opinion, the benchmark for touring car racing. I’m looking forward to seeing the new C-Class Coupe in action and hopefully winning lots of races. I’ve got my fingers crossed for everyone in the Mercedes-Benz DTM team.”

The 2012 DTM AMG Mercedes C-Coupe was designed to meet the new and improved safety concept for the 2012 DTM. For instance, in the event of an accident, all safety-related components such as the fire extinguishing system and fuel tank have been incorporated into the monocoque chassis. 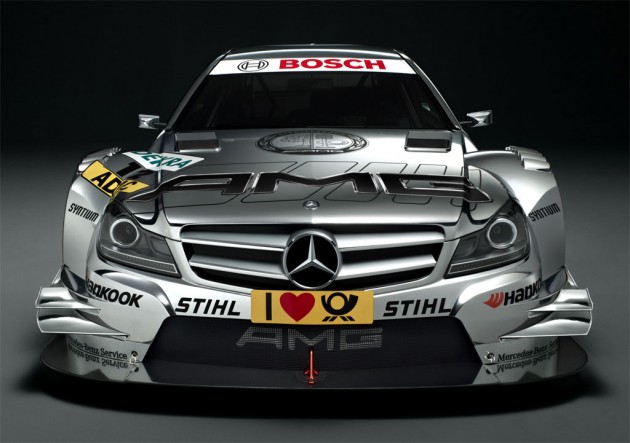 The 2012 DTM AMG Mercedes C-Coupe has one thing in mind; to kill the competition, namely the BMW M3 DTM and the Audi A5 DTM.