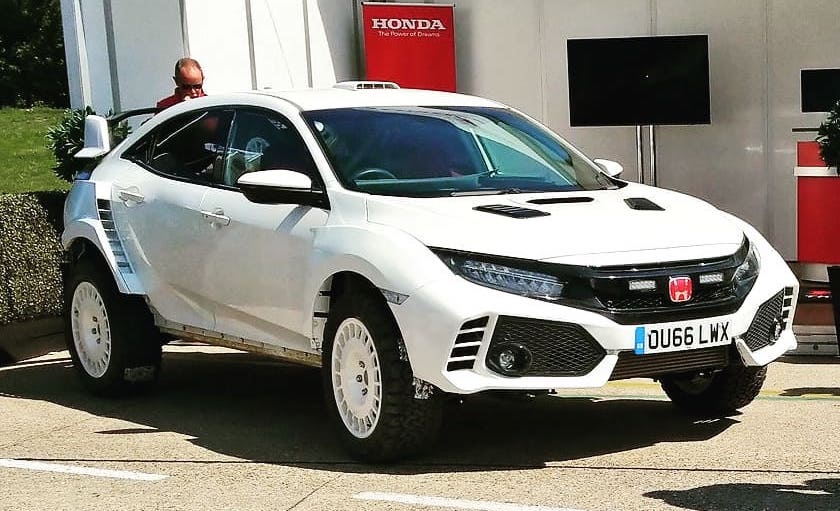 We all know how quick and overall dynamic the latest Honda Civic Type R is on the road. But what about on the dirt? A company in the UK, Ralph Hosier Engineering, has completed a project which aims to test exactly that. Enter the Civic OverRland (that’s not a typo). 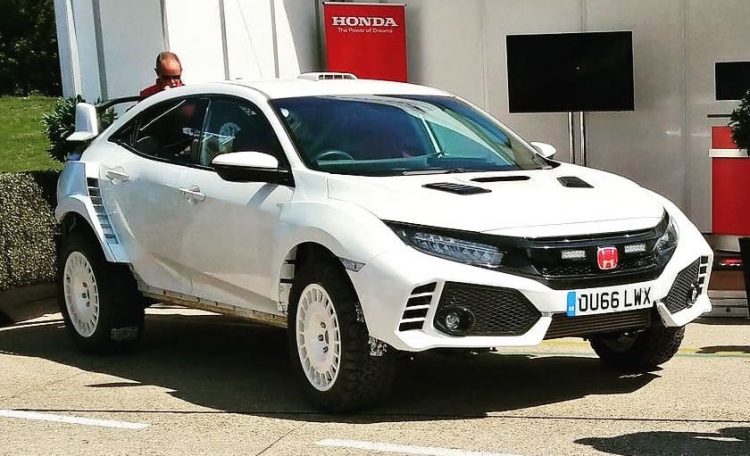 Yep, a Civic Type R rally car. Why didn’t someone think of this earlier. The engineering firm unveiled the project at the 2019 SMMT Test Day at the Millbrook Proving Ground in England this week. It takes its inspiration from Rally Raid and Safari-style motorsports.

A comprehensive overhaul of the suspension setup has been developed for the project, resulting in a four-inch lift in ride height. At the front, the anti-torque-steer dual-axis layout is kept, but the components that piece it together are bespoke. For the rear a unique trailing arm has been developed, along with revised transverse links to assist with raising the height.

Helping to tear up the mud are a set of 255/55 BF Goodrich tyres. These are huge compared with the standard 245/30 road tyres, and they’re wrapped around 18-inch lightweight rally wheels. 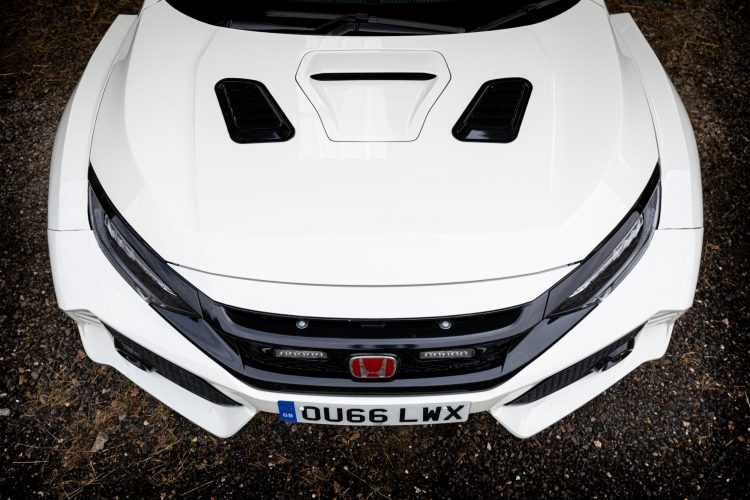 For the body, it’s clear to see the Civic Type R has grown in width. Some unique front and rear guards have been crafted, with rally-like venting for the rear arches. There’s also a custom bonnet with heat-extraction vents, while the lower lip spoiler is removed.

No changes are made under the bonnet, but considering the standard car already produces 320PS (228kW) and 400Nm, this rally beast should have no trouble blasting through rally stages. It also retains the standard six-speed manual transmission.

Honda UK actually provided Ralph Hosier Engineering with a pre-production Civic Type R to develop this project. And although it’s not quite finished yet, the firm says it would be willing to build one-off versions for customers as a special order. Yes please.