Techart, one of the biggest and highest regarded Porsche tuners in Germany, has revealed its first upgrade kit for the 2012 991 Porsche 911. The kit mostly consists of cosmetic and interior options. 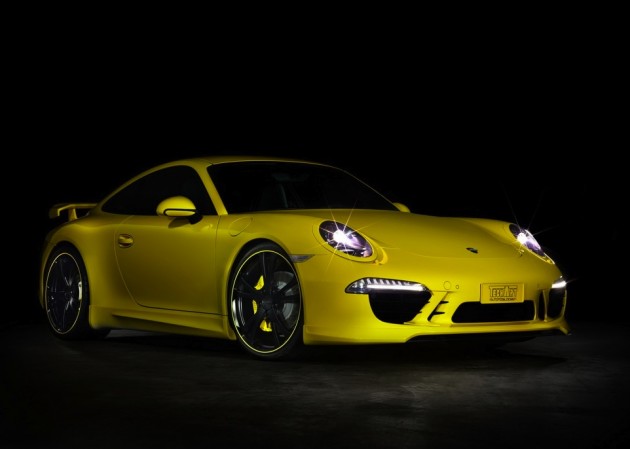 From the outside, it’s easy to tell this is not your factory 911. Techart is usually renowned for high-performance engine packages, and this kit is thought to be a preliminary state of tune, but the company is also known for its comprehensive custom-made bodykit packages.

In this case it includes fresh front and rear bumper bars, with an angry-looking front fascia, likes its gritting its teeth, as well as a low front chin spoiler to scoop air up and over the 911 for increased downforce. Down the sides are a set of matching skirts, finished off with a neat GT2-style rear wing and mild diffuser section. 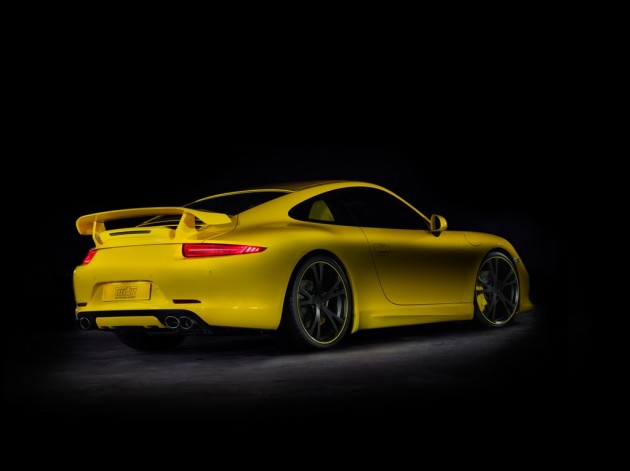 As for mechanical changes, the Techart 2012 Porsche 911 kit comes with either 20- or 21-inch Formula five-spoke lightweight alloy wheels, whatever suits your fancy, as well as a new exhaust system with valve control to adjust the bark of the 3.8-litre flat-six engine in the Carrera S, or 3.4-litre for the normal Carrera.

We anticipate big things from Techart in relation to the new 991 Porsche 911. We’ll keep you updated with more modification options as they come.