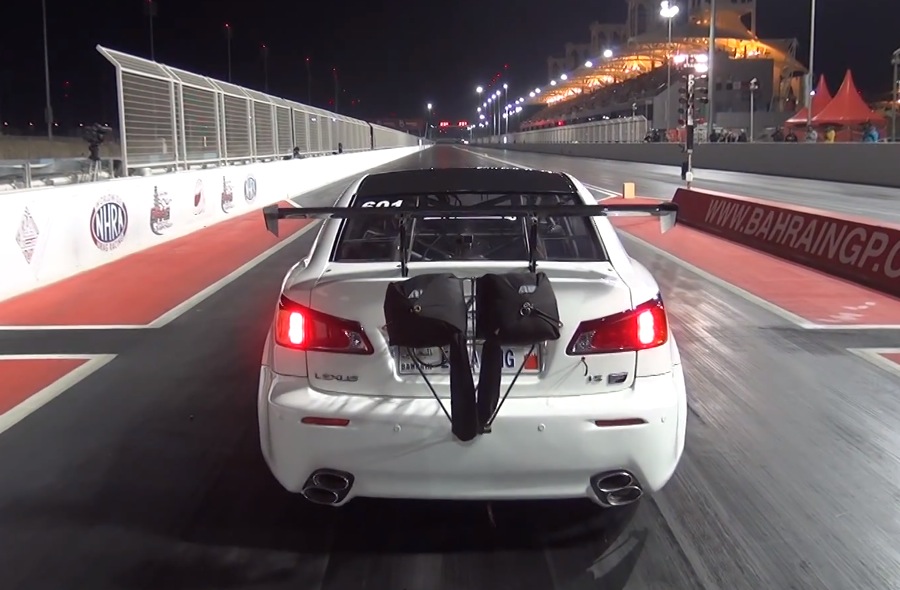 In what can only be described as a freak accident, EKanooRacing and its heavily modified Lexus ISF drag car has inadvertently demonstrated the importance of wheelie bars and good front end aero. 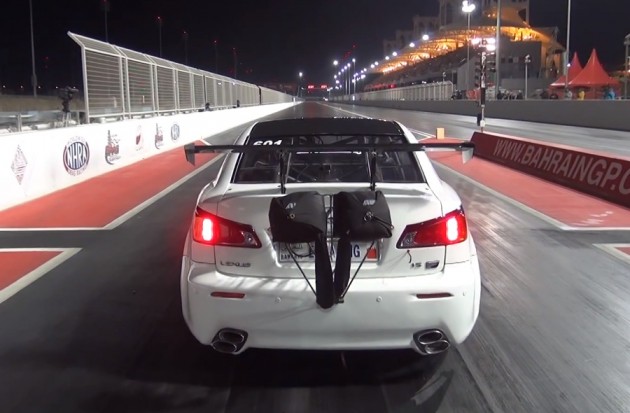 The twin-turbo V8 Lexus took off at the drag strip during round 4 of the Bahrain Drag Racing Club meet, only to get about halfway down the strip before wheel-standing. This opened up a world of problems, but the main one was the way the Lexus acted like the wing of a plane.

Incredibly, the IS F actually started to take off like a plane and even jumped the fence. It flipped and smashed through the fence in the process, but amazingly the driver escaped without injury.

Under the bonnet of the lux sedan is not the standard 5.0-litre V8. Instead, there’s a 649 cubic-inch Pat Musi V8 with twin turbochargers. It’s matched up to a Rossler TH400 transmission and Neal Chance Torque converter. It produces a “potential peak” output of 3000hp when running 30psi.

It’s no wonder this thing wanted to take off. What a machine. Click play below to see the crash as it happened.