Looking for something a little different? Meet the Tauro Sport Auto V8 Spider. It’s a new convertible based on GM’s Pontiac Solstice, with a Chevrolet V8 engine up front. 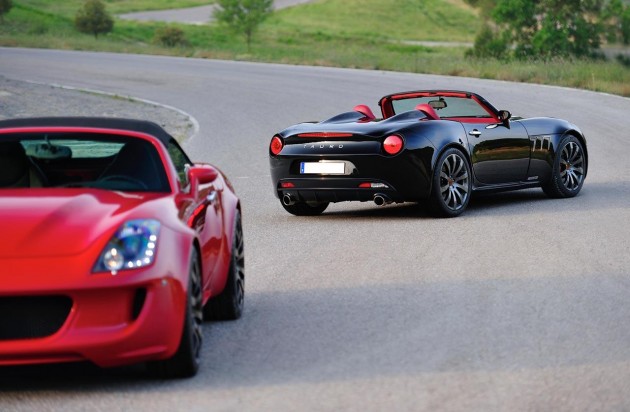 This is the Spanish company’s first car, offering a quite striking design which takes inspiration from various modern themes. From the back it has got a bit of an Alfa Romeo 8C thing going on, while at the front there are hints of Mercedes-Benz SLS AMG.

Underneath, the Tauro Sport Auto V8 Spider is mostly GM. Even though Pontiac is now defunct, parts of it are still living on. The Solstice was one of its last vehicles, and it was actually regarded as a decent driver’s car. 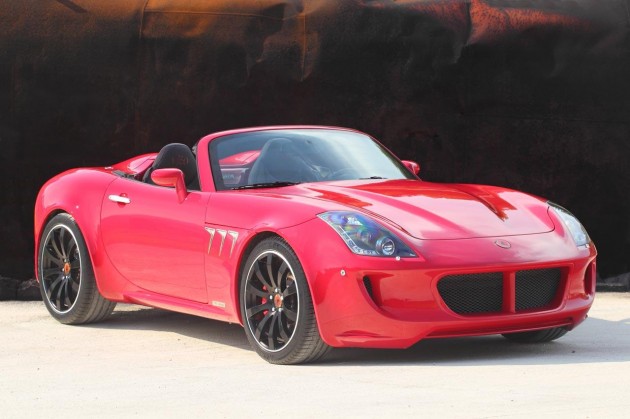 Tauro Sport Auto has borrowed one of GM’s finest for the engine compartment though to further spice things up, giving it a dose of 6.2-litre V8. It produces 324kW of power and 586Nm of torque. Tauro says high performance packages are also on offer, taking power up to 390kW.

Inside, the cabin is decked out in Alcantara trim with a full leather dash, contrasted by aluminium highlights.

Tauro Sport Auto plans to produce just 30 examples of the V8 roadster. Prices start at 100,000 euros (approximately AU$125,000). The perfect tool for a Sunday blast up the mountain?