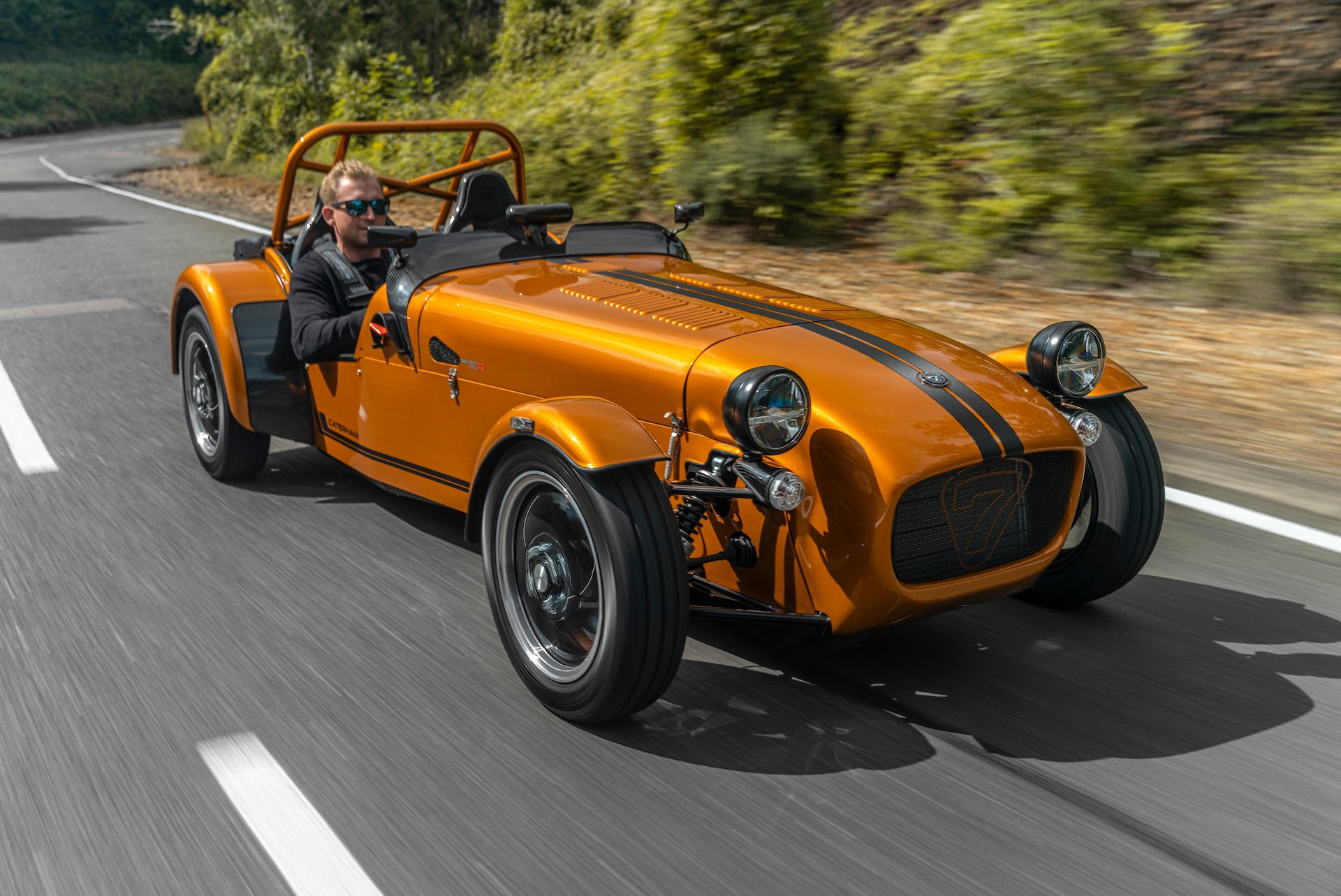 British sports car manufacturer, Caterham, has just announced its lightest-weight production Seven ever, called the Seven 170. It also arrives as the smallest Seven yet as well, measuring just 1470mm wide. 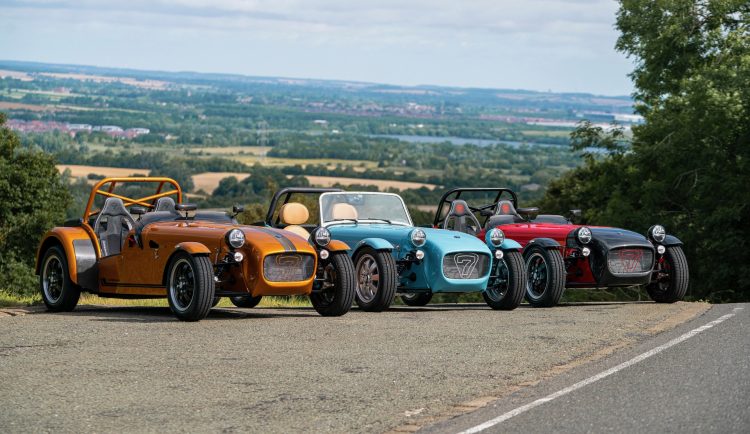 The Caterham Seven has been around for decades. You’ll immediate spot the iconic body, with its semi-open-wheel design and canoe-like torso. Well, the company has been evolving this formula for that many years and has now managed to strip even more weight from the machine.

You probably won’t believe it but the Seven 170 tips the scales at just “a little over 440kg”, the company claims. That’s so ridiculously light. In fact, it’s not that far off some big motorbikes from not that long ago. For the first time on the Seven the company is fitting LED taillights and new-look alloy wheels. There’s also a new stripe design for the body.

Caterham is presenting two different versions of the 170. There’s the 170S, which is designed more for on-road stuff, and the 170R. The 170R features sportier suspension, a limited-slip differential, composite race seats and four-point harness belts, a carbon fibre dash, and black 14-inch alloy wheels.

The 170S features road-oriented suspension, similar 14-inch alloy wheels only in silver, leather seats, and a full windscreen, hood and side screens. This is the first time Caterham is offering an R trim for the base model, which replaces the Seven 160. 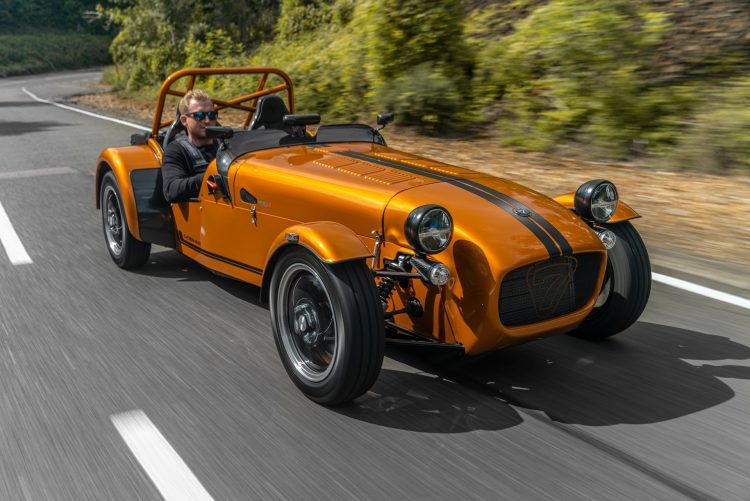 Both versions are powered by a 0.660-litre turbocharged three-cylinder Suzuki engine, developing 63kW (84bhp) and 116Nm. This is sent through a five-speed manual transmission, with rear-wheel drive via a live axle rear end.

Even with cheese-cutting 155-section tyres on the back, the Seven 170 is amble to scamper off from 0-100km/h in a claimed 6.9 seconds. As we’ve always said, anything under 8.0 seconds is quick enough to be lots of fun. So we can only imagine the exhilarating drive experience presented here. The top speed is over 160km/h – we’re assuming this is limited only by gearing, and bravery.

With such low weight, and the tiny engine, the new model meets Euro 6 emissions standards. In fact it becomes the lowest emissions Seven ever, with an average output of 109g/km.

Caterham offers the Seven 170 as either a complete kit or a factory-built vehicle. Prices in the UK start from £22,990. Speaking about the new model, Caterham CEO, Graham Macdonald, said:

“We’ve taken what was great about the 160, its performance and competitive price, and built on it by adding even more choice for our customers. We’re confident the inclusion of the 170R, not previously available on the 160, will prove a hugely popular specification for both new and old customers.”