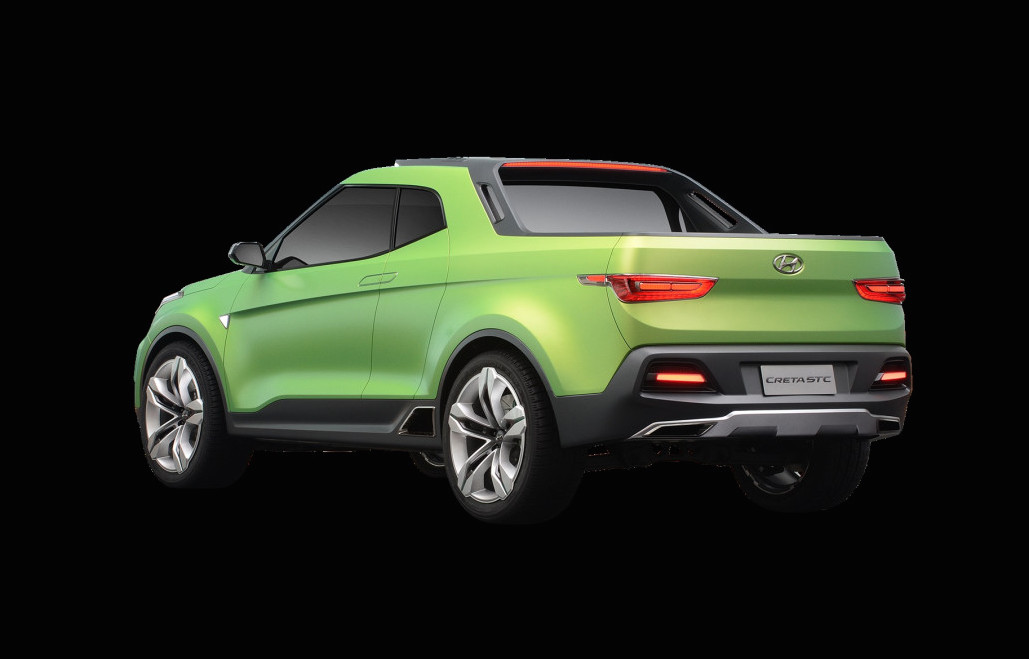 Hyundai has revealed its second car-based utility concept, called the Creta STC, at the Sao Paulo Motor Show in Brazil. 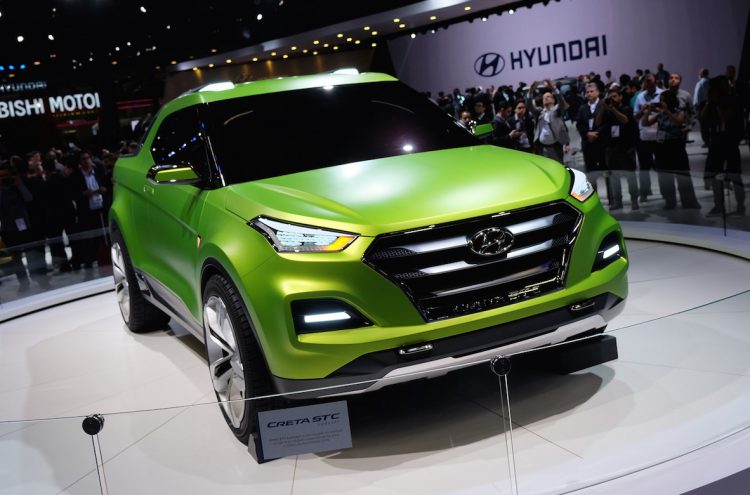 Based on the company’s Creta (aka ix25) small SUV that is not currently sold in Australia, the STC borrows heavily from the Santa Cruz concept shown at the 2015 Detroit Motor show, including its suicide door layout and integrated rear bed. Like the Santa Cruz, it is also based on an SUV donor platform.

The STC is 4.65m long, 1.85m wide and sits on a 2.8m wheelbase, making it slightly longer and wider than the base car. 21-inch wheels wrapped in Pirelli 295 Scorpions are pure concept, but give the car “an extra dose of sportiness” according to Hyundai.

If this concept went to production it would compete with the likes of the Chevrolet Montana, Fiat Toro and Nissan NV200 in the small ute battleground.

As we covered in our ‘The ute isn’t as Australian as you might think‘ feature, there are plenty of these types of vehicles denied to the country which invented this style of vehicle.

What do you think? Would you be interested in the Creta STC? Or do you think Hyundai should turn its attention to a genuine HiLux rival?