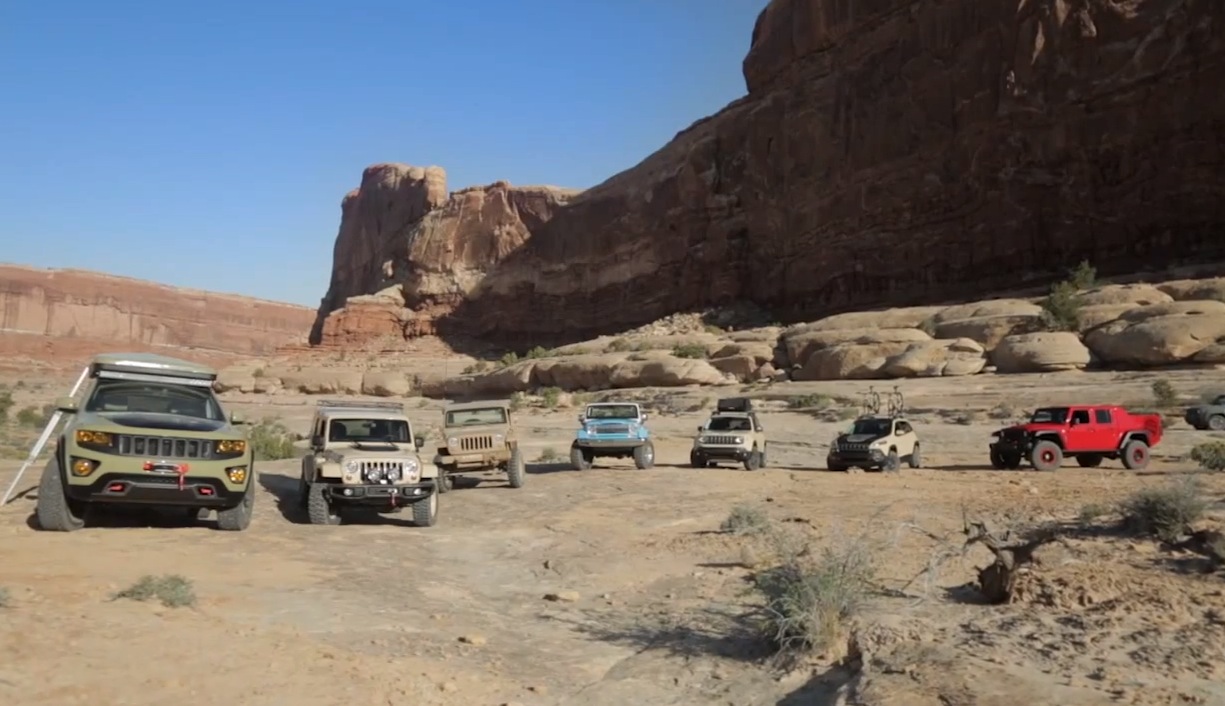 Jeep has released a promotional clip featuring seven all-new concepts that were unveiled for the 2015 Moab Easter Jeep Safari. 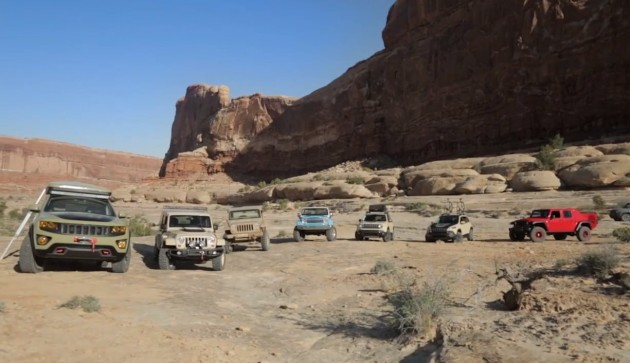 Allen explains that several of the concepts feature some heavy-duty axels and lift kits, while others feature some more secretive upgrades.

“Some of the modifications that we do on the vehicle, we’re actually testing things out right in front of people – they don’t know it.  It could be a wheel design, it could be colour, it could be a fanatic package to it.  There could be other things snuck in there that later appear in production.”

We guess we’ll have to wait and see if Jeep puts that Surf-van into production. Fingers crossed…