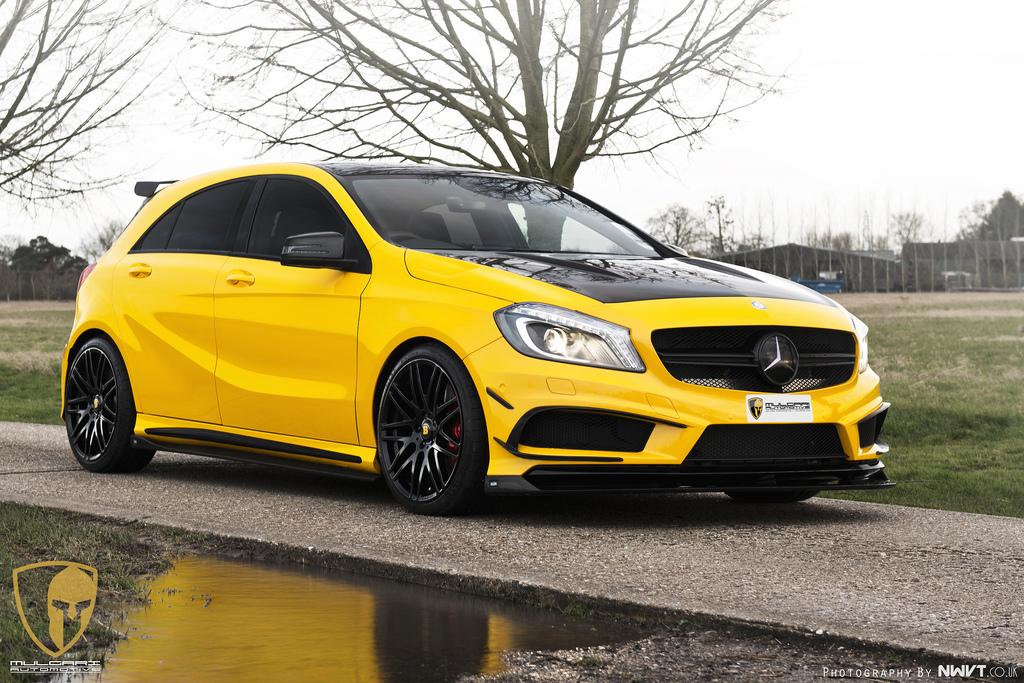 The Mercedes-Benz A 45 AMG is the perfect foundation for an awesome performance build, with its 265kW 2.0-litre engine. RevoZport and Mulgari have teamed up to develop a package that spices things up a bit. 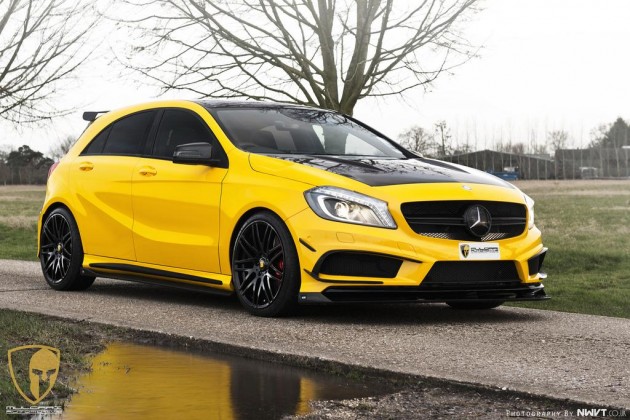 Unfortunately, an engine tune is not part of the upgrade kit, however they are working on it. Instead, the duo has applied a comprehensive styling package including a bright lick of yellow paint. 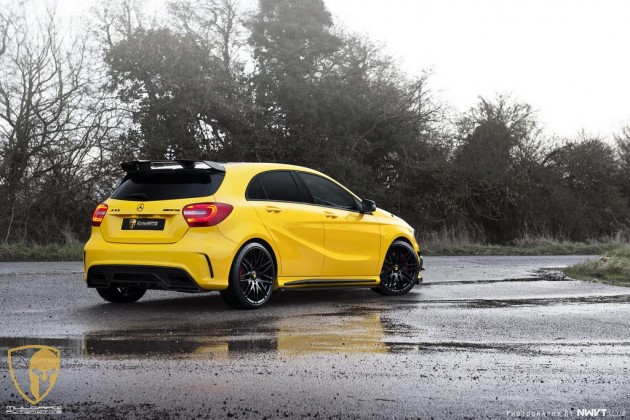 Down the sides you’ll find matching skirts, a set of black lightweight racing alloy wheels, and some carbon fibre side mirror caps.

Around at the back is probably the most aggressive of it all. There’s a chunky carbon fibre diffuser which supports twin exhaust outlets, as well as a huge roof/tailgate-mounted spoiler which appears to be from the A 45 AMG Edition 1.

So, while under-bonnet enhancements are non-existent at this stage, the pocket rocket certainly looks the part. It’s not as if the factory 265kW motor is in desperate need of tuning anyhow. It’s able to see 0-100km/h done and dusted in 4.6 seconds using all-wheel drive and a dual-clutch auto.