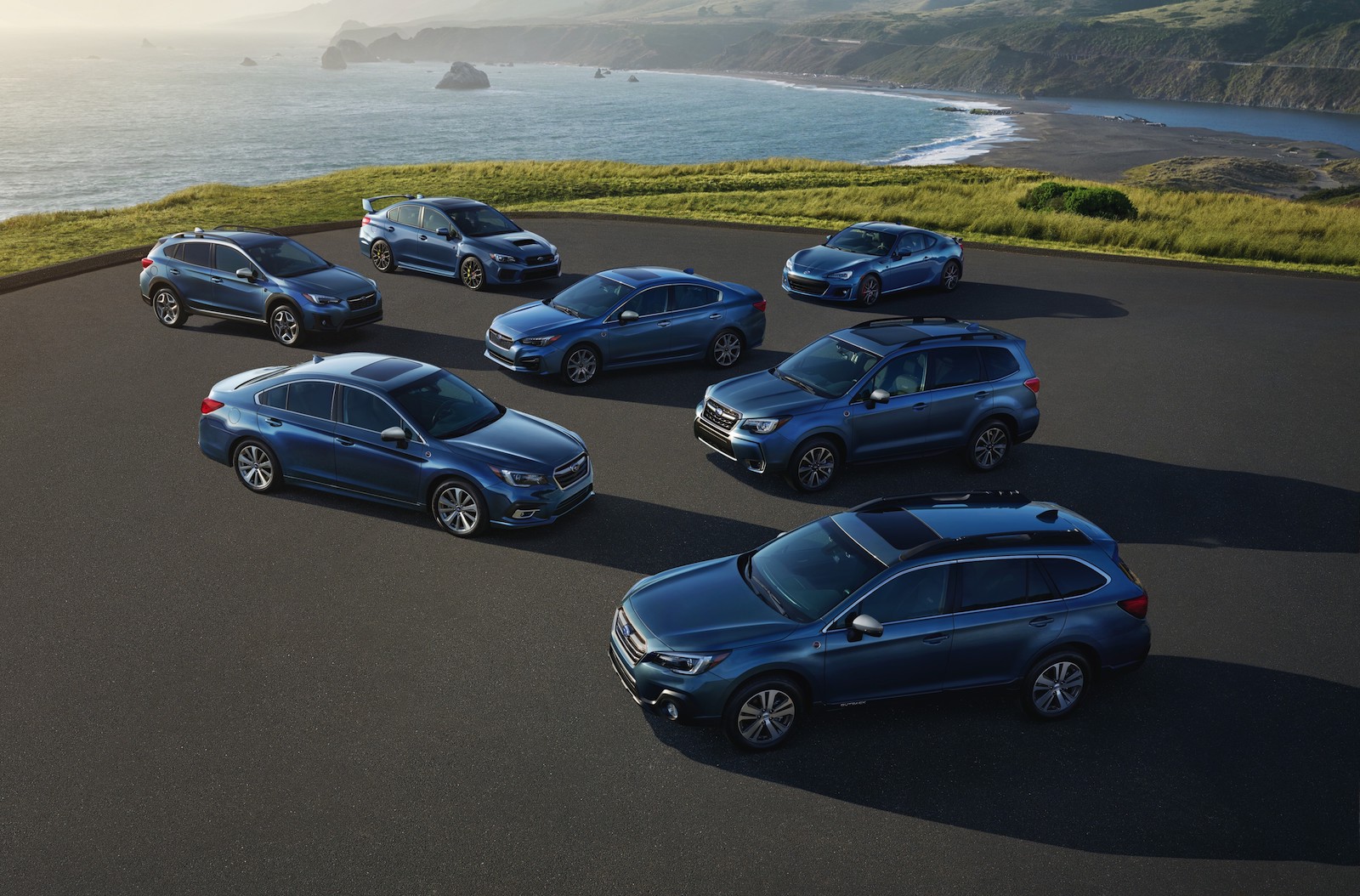 Subaru of America has unveiled a fleet of special editions at the Chicago auto show, helping to celebrate the 50th anniversary of the Subaru brand in the US. 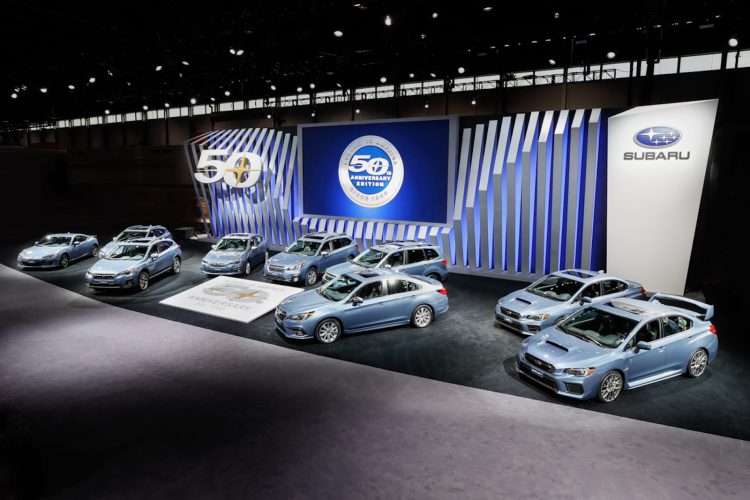 The Chicago show, just getting underway now, is the place to go to check out the special editions for the first time. Subaru is giving all of its models a chance to shine with the celebrations. Everything from the Crosstrek (known as XV in Australia), to the Impreza, Forester, Legacy (Liberty), Outback, and the WRX and WRX STI, as well as the BRZ have been given special treatment.

Special treatment includes a unique Heritage Blue exterior finish, satin chrome trimmings and badges, and a SOA 50th anniversary logo (Subaru of America). There’s also some bespoke alloy wheels (aside from on the BRZ), and the side mirrors are finished in satin chrome (excluding BRZ and WRX).

Inside, Subaru has applied a black upholstery with contrasting silver stitching, silver seat belts, and 50th anniversary floors mats and logos for the front seats. All versions are based on their respective flagship variants, which means luxuries and conveniences are in abundance.

Subaru is planning to make 1050 examples of each model, except the WRX, STI and BRZ which will have a combined total of 1050.