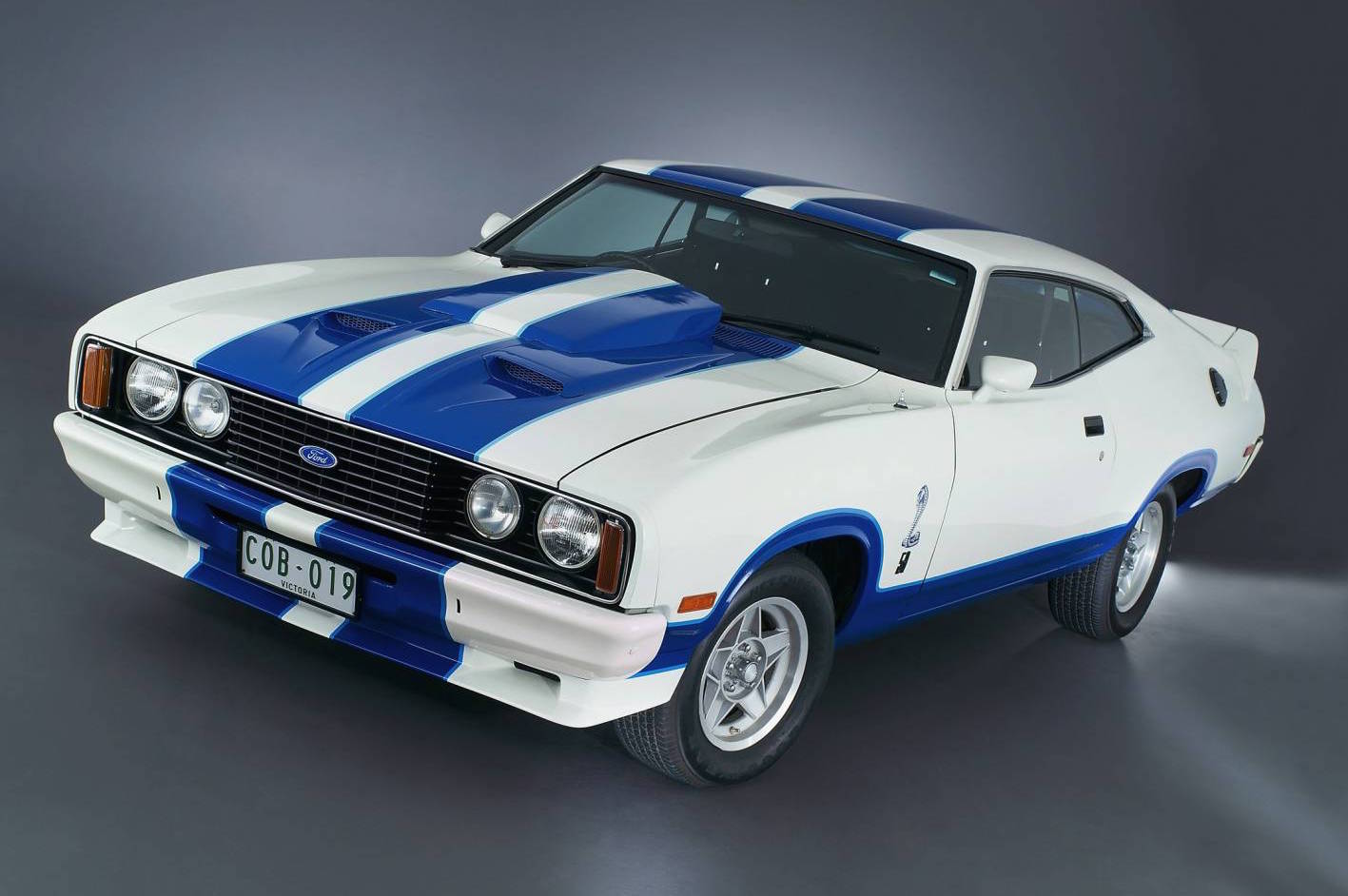 While initially a boom, a number of factors began to negatively impact the Australian muscle car scene. From 1976 Ford, Holden and Chrysler started developing ways to get rid of unwanted two-door coupe bodies before next generation cars arrived.

The Holden Monaro was the original Aussie two-door muscle car, debuting in 1968 with the top-spec Monaro GTS 327, winning Bathurst that year. Within a couple of years, Holden changed tactics against the Ford Falcon GT HO and raced its smaller Torana GTR XU-1 instead. As a result, the second-generation HQ Monaro GTS was more of a grand tourer rather than a race car.

When the HX series Holden range arrived in mid-1976, the only way to get a Monaro was to buy the four-door Monaro GTS sedan. This clever move forced buyers to move quickly to get the last of the coupes when the Limited Edition debuted in September.

Not only did the LE offload the last of the coupe body shells, it also helped reduce the amount of leftover luxury equipment from the Statesman and Caprice, which were facing stiff competition from the Ford Fairlane and LTD.

It was much like a Caprice in a coupe body, and came with air-conditioning, power radio antenna and windows, brushed knot cloth trim, reclining front bucket seats, full dash instrumentation, cut pile carpet, sports steering wheel, tinted windows and woodgrain trim. There was even a Quadrophonic eight-track tape player (as well as a push-button radio). 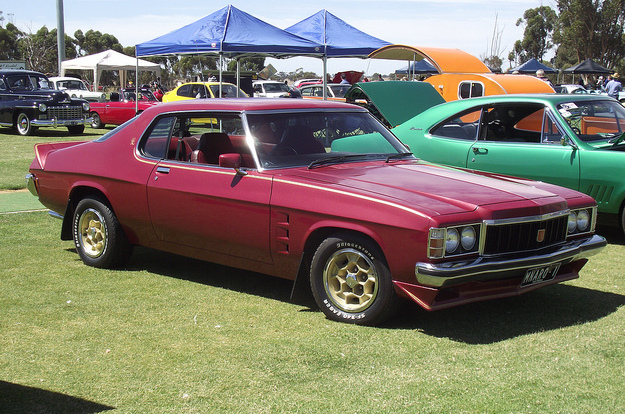 The Falcon hardtop coupe was a big success when it arrived soon after the initial all-new XA series Falcon range in 1972. Blue Oval fans finally had their own proper two-door fastback coupe to cruise around in. The XA was short-lived but the XB replacement sold strong and is well-known as the basis for Mad Max’s famous all-black V8 Interceptor.

Ford kept its coupe in production into early 1978 by which time you could have it only in Falcon GS and Fairmont trims. So when it came time to get rid of the 400 leftover bodies, the Falcon Cobra was invented.

Sporting dramatic blue racing stripes over a white body like Shelby Mustangs of the past, the Falcon Cobra served to both offload the Falcon coupes and also homologate a model for racing. A build schedule saw groups of 302 ci (4.9 litre) and 351 ci (5.8 litre) V8-powered models with various combinations of power steering, air-conditioning and power windows, as well as manual and automatic transmissions. 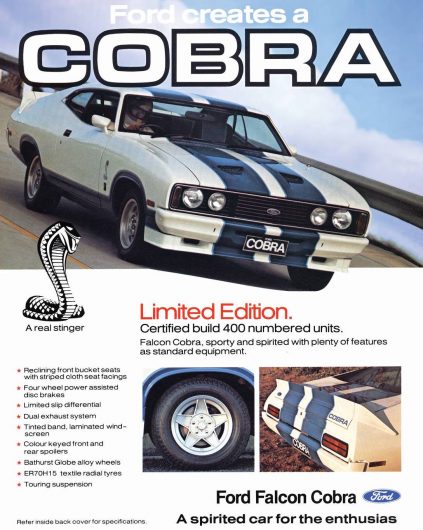 Chrysler launched its short wheelbase Valiant Charger coupe soon after the initial VH series in 1971 and it was very popular, selling in large numbers and winning the 1971 Wheels Car of the Year Award. The Charger was sold in various forms including the six-cylinder R/T with Option E49, which was faster than the mighty V8-powered Falcon GT HO Phase III at the time.

In 1977 the manufacturer finally caught up with its rivals by introducing a Valiant panel van and on offer was the Drifter sports package which included bold body graphics and other items.

The following year Chrysler entered the coupe run-out sale when it was faced with the leftover Charger coupe bodies as production ended in August that year. The Charger Drifter was invented for this purpose.

The most notable aspect of the Drifter package is its wild body graphics, streaming down the side of the Charger from the tail to the nose, and across the rear. It had limited paint colours including Impact Orange, Sundance Yellow, Spinnaker White and Harvest Gold, and white models included extra-special strobe stripes across the boot lid.

The Charger Drifter is not as collectable as the run-out coupes from Ford and Holden but it is an interesting footnote with the Australian Chrysler enthusiasts circle. 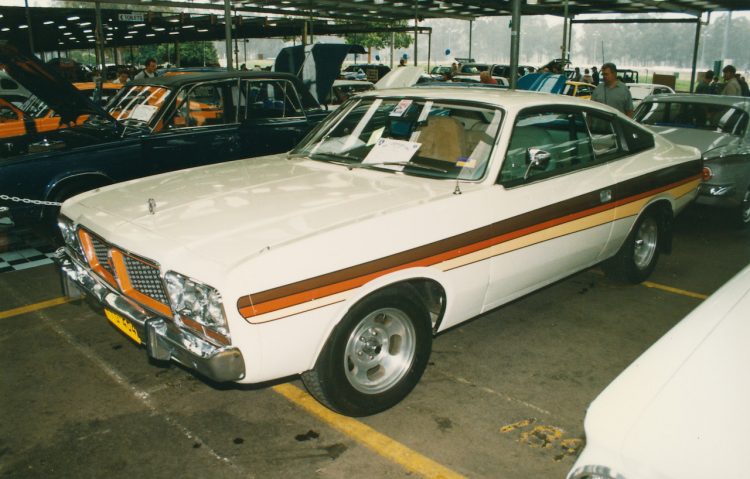