Ford Racing has taken the covers off what they’re calling the Mustang GT King Cobra, a one-off concept that features three parts packages selected from the Ford Racing catalogue. 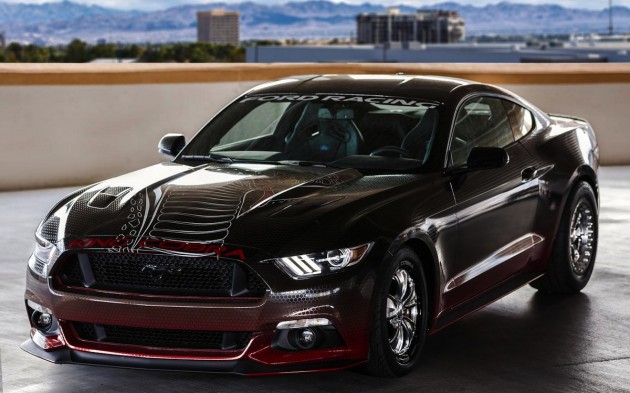 The three kits that have been used on the King Cobra include: the Drag Pack, the Handling Pack, and the Super Pack. The car is based on the Mustang GT, which features a 5.0-litre V8 that punches out 324kW in factory trim.

The Drag pack includes heavy-duty half shafts as well as a rear sub-frame kit with high-performance bushings for improved traction. Bringing the car closer to the ground is the Handling Pack, which uses new front and rear springs on pre-assembled struts, new rear shocks, and a stabiliser bar kit.

Probably the most important addition is the Super Pack. This adds a 2.3-litre Twin Vortices Series supercharger that has been co-developed and co-branded by Ford Racing and Roush Performance. The pack also includes a new intake manifold, an electronic throttle body, a six-rib belt drive system, an air inlet system, a new fuel rail with high-flow injectors, a complete air-to-liquid intercooler system, as well as a Ford Racing ECU upgrade. 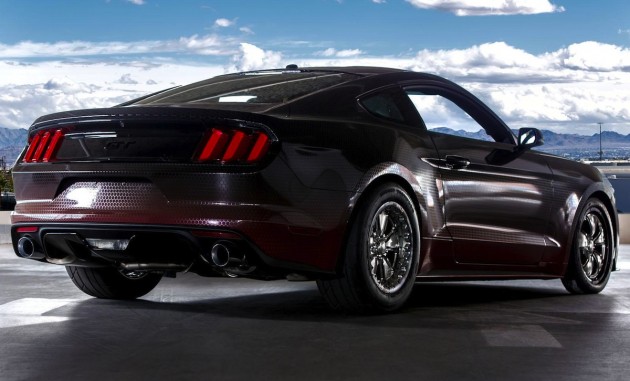 Exact performance numbers for the Ford Racing Mustang GT King Cobra haven’t been released by Ford, however they have stated that all of the mentioned equipment helps it produce more than 600hp (447kW).

“At Ford Racing, we like to push cars to their absolute limit. This is something we have been doing for 113 years and why we were so excited to get our hands on the all-new, 2015 Mustang.

“We wanted Mustang enthusiasts to be able to open up the Ford Racing parts catalog and get one of everything and see what they could get. We think the King Cobra package is it. But none of this great work would be possible if Team Mustang had not built the best production Mustang yet.”