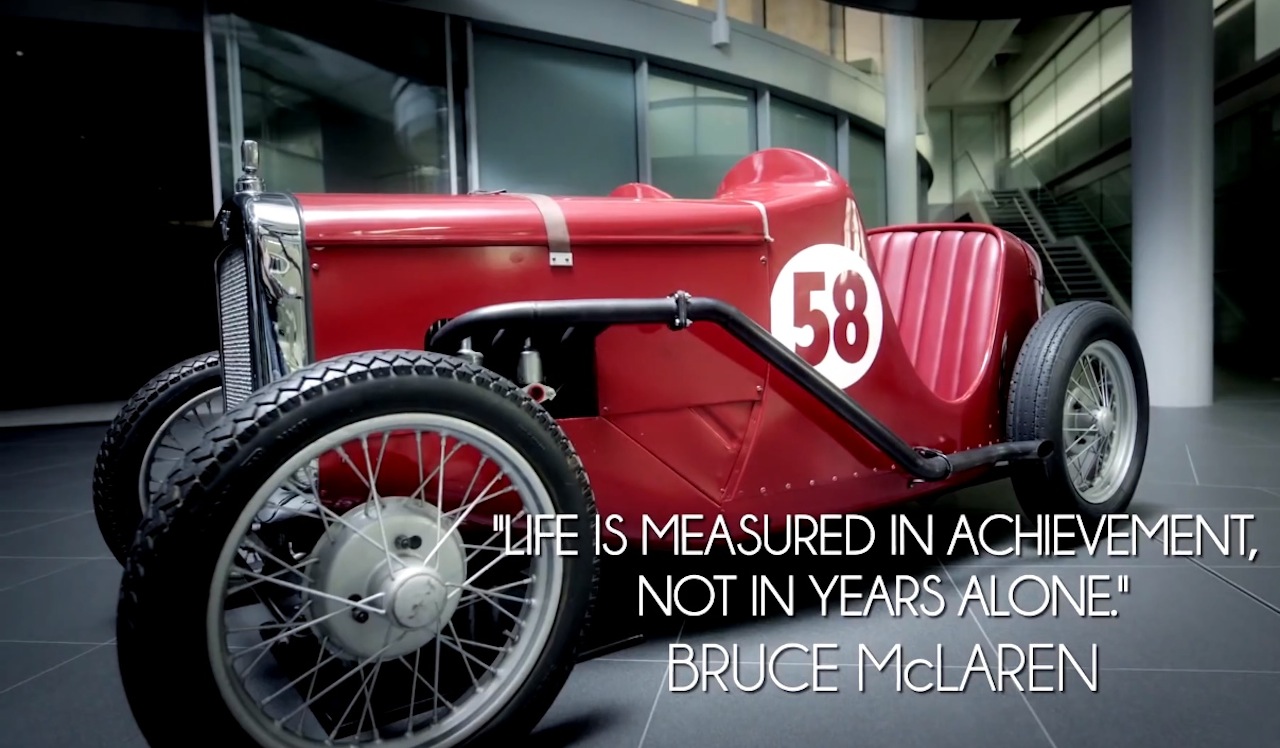 The short video starts with the narrator saying, “every story has a beginning, just as every race track has a start line”. The video pays tribute to Bruce McLaren, and the success McLaren has achieved in Formula One.

It’s fifty years since Bruce McLaren started a ‘little’ team called Bruce McLaren Motor Racing. Bruce was the team principal until his tragic death in 1970. His name lives on with Vodafone McLaren Mercedes, one of the strongest constructors in Formula One. McLaren, as a Formula One racing outfit has produced some of the most colourful and successful drivers the sport has ever seen; Nikki Lauda, James Hunt, Alain Prost, Mika Hakkinen, Lewis Hamilton, and the late Ayrton Senna.