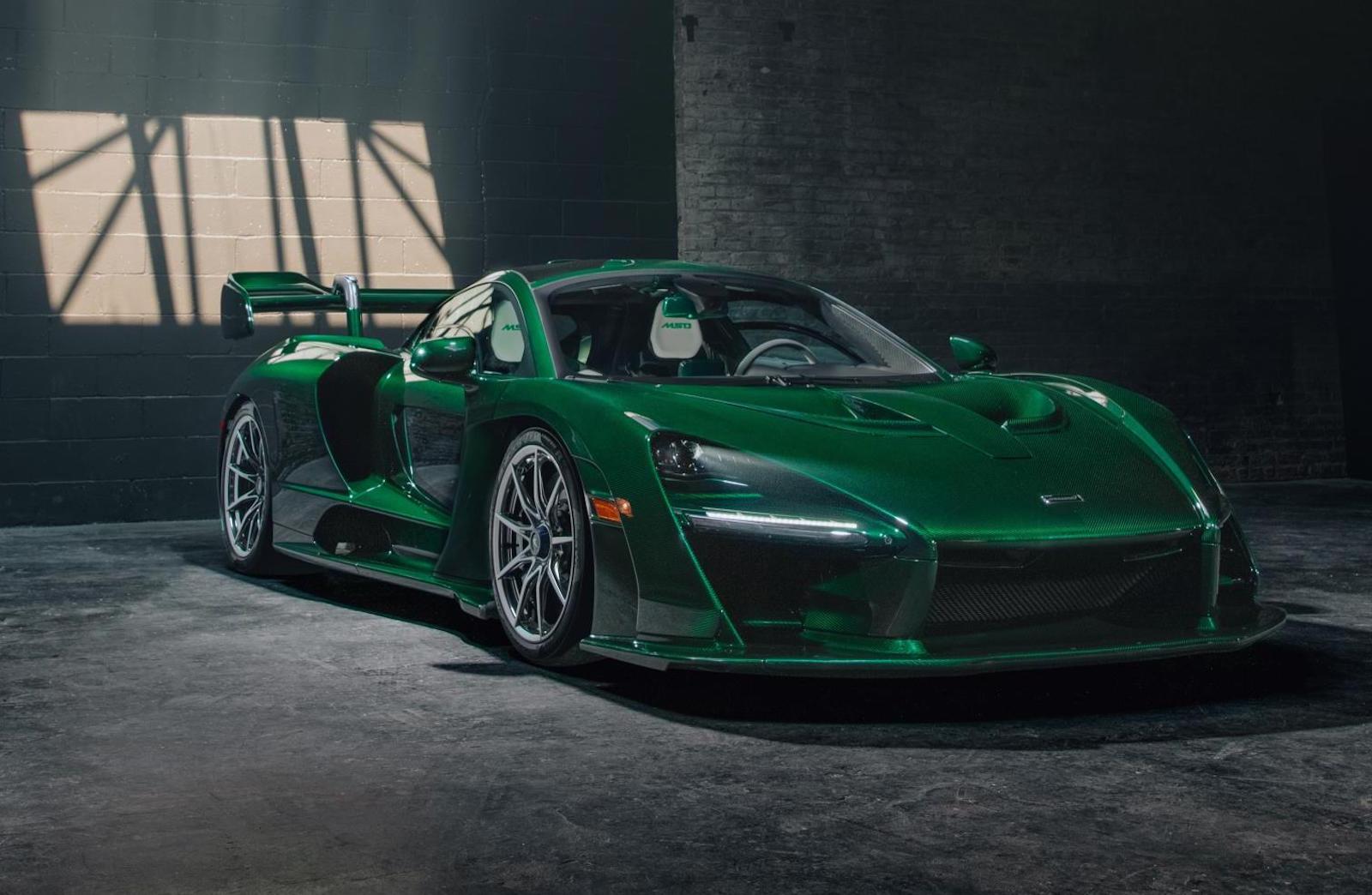 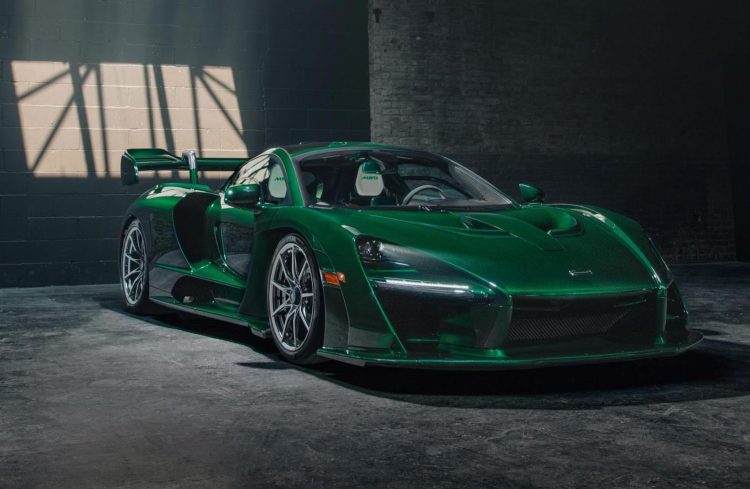 The car is being delivered to customer Michel Fux, a New York entrepreneur and philanthropist, and for Fux’s sake the car has been painted in a special coat of emerald green which McLaren has called “Fux Green”. Underneath the paint is a bespoke body set which is made up of 67 parts, all taking around 1000 hours to produce.

Some unique blue and red nuts are used for the centre-lock wheels, and the wheels themselves are ball-polished. Fux Green is used for some parts of the interior as well, contrasted with bright white leather for the seats, dash fascia, and steering wheel, with green stitching. Tony Joseph, president of McLaren North America, said:

“We’re pleased to deliver the first McLaren Senna in the North American market. This is such a special car, designed and engineered to be the ultimate road-legal track car ever produced by McLaren. We know that owners can’t wait to get their cars on the circuit, and we’re eager for them to get behind the wheel.”

Aside from the visual carbon body and special colour scheme, the rest of the Senna is left in its usual crazy specification. In the engine compartment behind the cabin is a 4.0-litre twin-turbo V8 that produces 589kW (800PS) and 800Nm, capable of propelling the car from 0-100km/h in just 2.7 seconds.

A lot of its track performance comes thanks to racing-like aero features, such as a huge wing mounted at the back and a very low splitter for the front, both helping to suck the Senna to the ground. Weighing in at only 1198kg also helps.

McLaren says around a 33 per cent of all 500 Senna models going into production have been ordered by North American customers. Even still, Fux’s Senna is going to be a very rare sight.