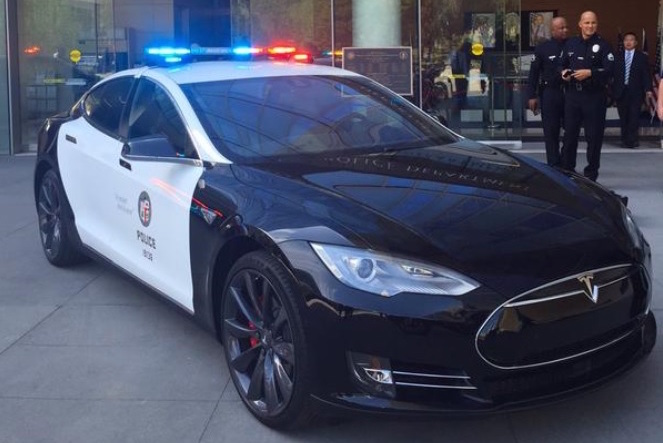 The Tesla Model S may be the next addition to the Los Angeles Police Department’s fleet, according to reports. 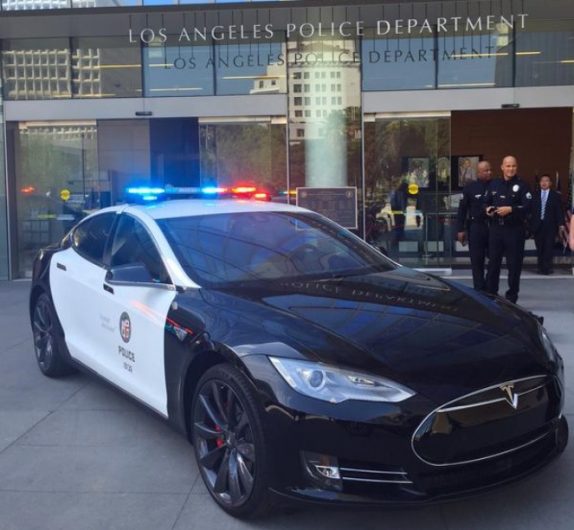 Just months ago the LAPD said the Model S was too expensive to be considered as an option for its patrol cars. Now though, it seems things have pivoted, accepting two loan cars from Tesla, currently evaluating how two Model S P85D’s will handle the duties.

LAPD’s administrator Vartan Yegiyan said the vehicles will undergo testing to establish how capable they in a city environment, and determine the pros and cons of allowing another EV into the fleet.

According to NBC, the “LAPD will equip a Tesla sedan for patrol duty and then field test its suitability.”

Tesla is currently assisting the LAPD in fitting out the Model S vehicles with the necessary radio, computer and gun-rack additions, as well as a custody cage. Vartan Yegiyan says if the Model S passes through the testing phase, the EV sedan could find itself in active duty by 2017.

The LAPD has an estimated US$30 million budget for its fleet annually, purchasing between 600-750 new vehicles each year. Back in June we reported the LAPD’s purchase of 100 BMW i3s, for non-emergency duty. Some of these i3 models remain unmarked and are used predominantly for officer transport, with the LAPD adding they are too slow to participate in high-speed chases.

That could well change if a Model S is added to the fleet, considering its lightning-quick pace and generous range over the i3. However, price could be a deterrent for the LAPD, with the entry-level Model S 60D which offers a 350km range costing around US$66,000 before Californian tax incentives are factored in. This is in contrast to the patrol cars built by Ford, Chevrolet and Dodge, which, fully-specced with the necessary gear, cost around US$47,500.