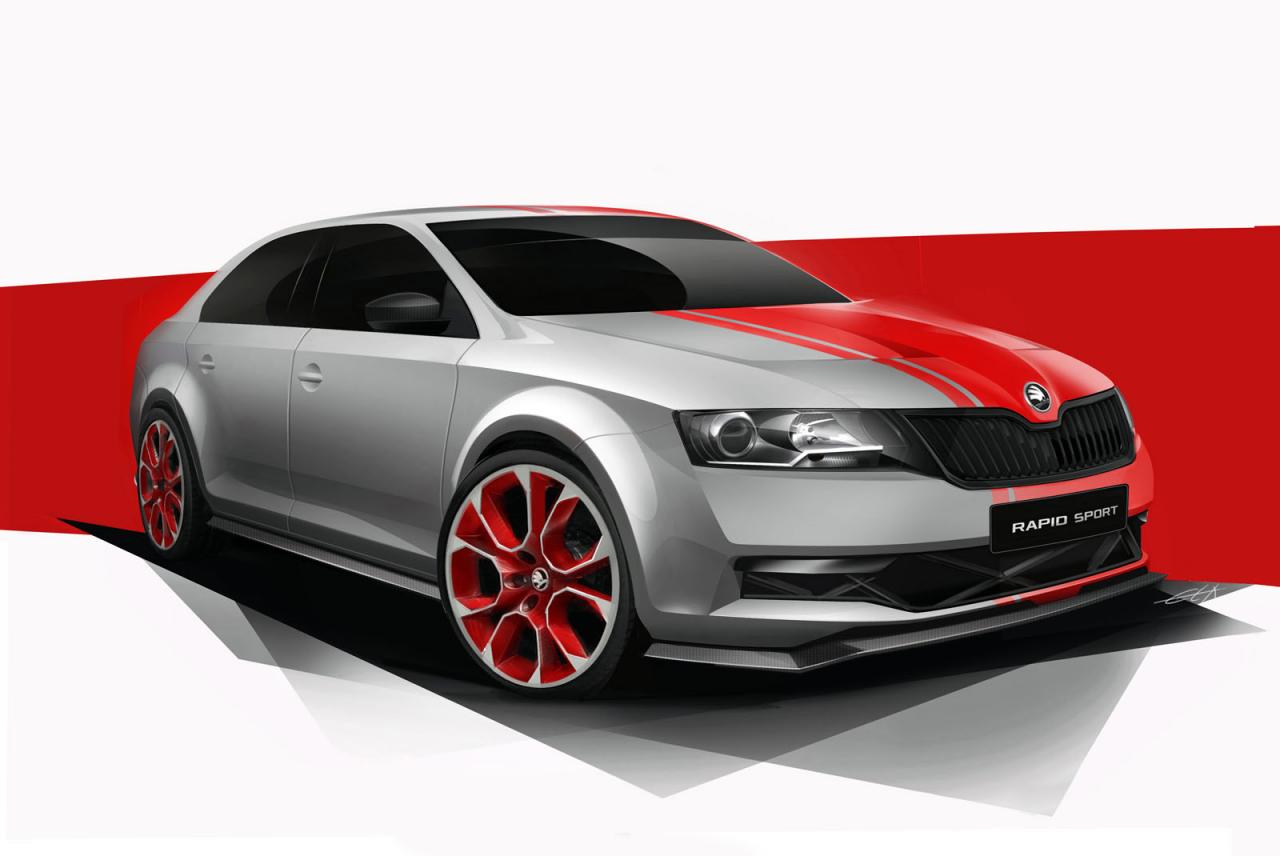 Skoda is planning on getting in on the Worthersee action this year. The company will unveil a Skoda Rapid Sport concept at the event, and has just released this preview image as a taste of what to expect. 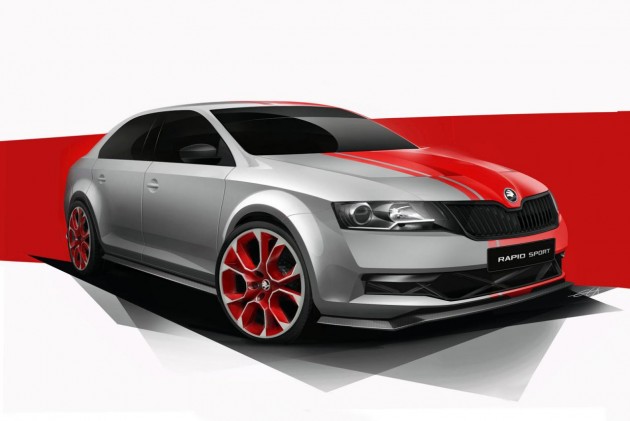 Based on the new Rapid sedan, the Sport concept takes the original foundations of the already somewhat sporty sedan and amplifies them. There’s a more aggressive front bumper bar with a racing-like chin carbon spoiler, a matt black grille and lower detailing, and a red racing stripe over the bonnet.

It also comes with matching side skirts, a set of 19-inch red alloy wheels, and a new rear bumper bar with a distinctly chunky diffuser system. Two exhaust tips are enveloped in the diffuser for that racy look.

Specifics on the engine haven’t been released at this stage, however, the exterior and interior – with lightweight Recaro seats – will feature lots of carbon fibre which could potentially reduce the car’s overall weight, and thus improve its power-to-weight ratio.

Prof. Dr. h.c. Winfried Vahland, Skoda chairman of the board, recently spoke about the concept in the lead up to its unveiling, saying,

“The GTI Meeting is a mecca for all tuning and motorsports fans. With the Skoda Rapid Sport, we will put a decidedly dynamic and emotional version of our new compact sedan Rapid on display for the first time. This way, we once again demonstrate the competence of our team with regard to sporty vehicles and motorsports.”

Although there are no concrete plans to put the concept into production, elements of its design could inspire a future sports variant. More details are expected at the show, which kicks off on May 8.