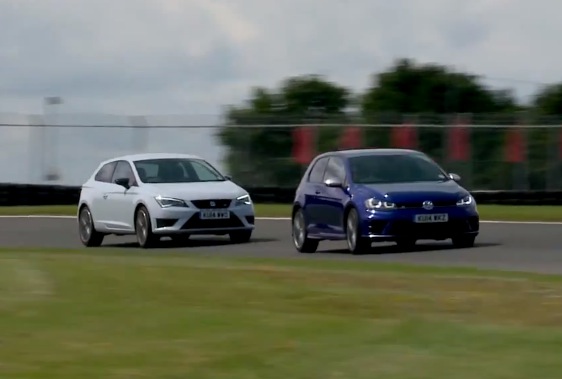 The SEAT Cupra 280 was the quickest factory front-wheel drive car around the Nurburgring earlier this year, until it was superseded by the Renault Megane. However, there’s always been a bit of in-house rivalry between the SEAT and its older brother, the Volkswagen Golf R.

So which is quickest? The Golf R is all-wheel drive and produces 221kW (Euro spec), while the Cupra 280 is of course front-wheel drive and offers 206kW using the same engine. Autocar puts the two to the test in the video below.