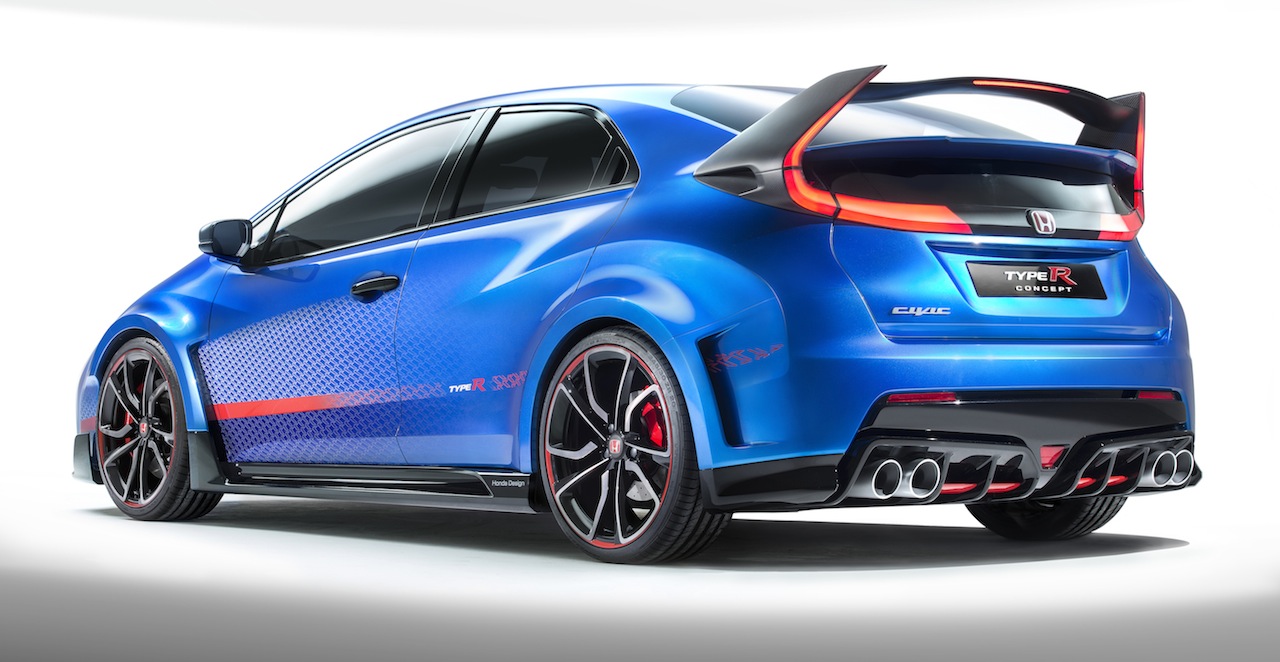 Honda has unveiled sketches of another Civic Type R concept that will head to the 2014 Paris Motor Show which begins on October 4. The carmaker has also confirmed new details for the hot hatch, stating that it will sport “unrivalled power” in comparison to previous Type R models such as the NSX and Integra. 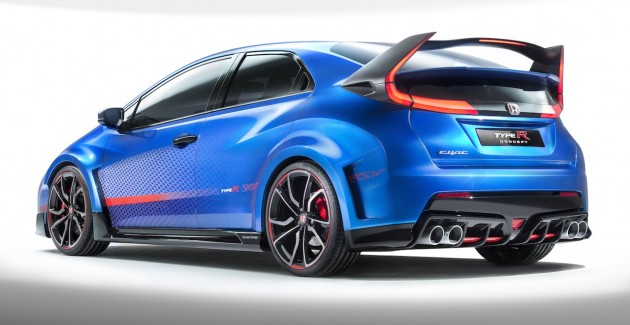 The new Civic Type R concept, with its fresh graphics down the side and coat of blue paint, is a follow on from the red concept that we saw pop up at Geneva back in March. The two look very similar, which could suggest we’re looking at a close impression of what the production model will look like when it’s launched next year.

The new details reveal that the Civic Type R will be offered exclusively with a manual transmission, and will debut a new ‘plusR’ button on the steering wheel that is said to make on-the-go adjustments to engine response, steering, and suspension.

Honda has set out to combat torque steer, quite often a problem with powerful front-wheel drive vehicles, with the introduction of a new ‘steer axis’ mechanical system that connects two kingpins to the front suspension. 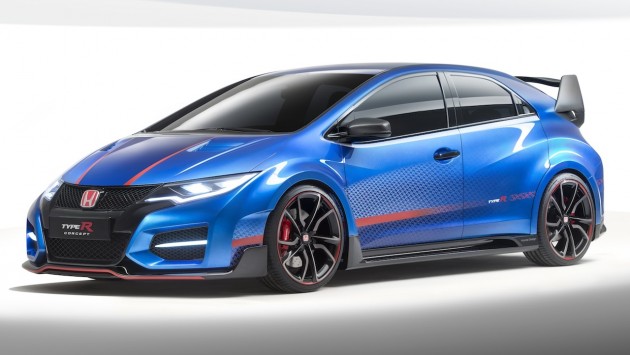 Details on Honda’s VTEC 2.0-litre turbo unit, the first ever turbocharged engine to be installed into a Type R model, are still yet to be confirmed, but it’s said that the turbo unit will produce upwards of 206kW, and will pass Euro 6 compliance.

“The manual transmission allows the drivers to select the gear they want, for example, down from fifth to third when approaching a corner. The concept of the new Civic Type R is to be the complete driver’s car so this was the best option.”

“The ‘plusR’ button brings out a more dynamic and athletic car for the driver, to set pulses racing. The difference in character is immense. The ‘plusR’ mode is extreme; the car is ideal for track use and will be appreciated by the genuine sports-driving enthusiast.”

More details are set to be revealed when the Paris Motor Show kicks off on October 4. Be sure to check back with us in the coming days.