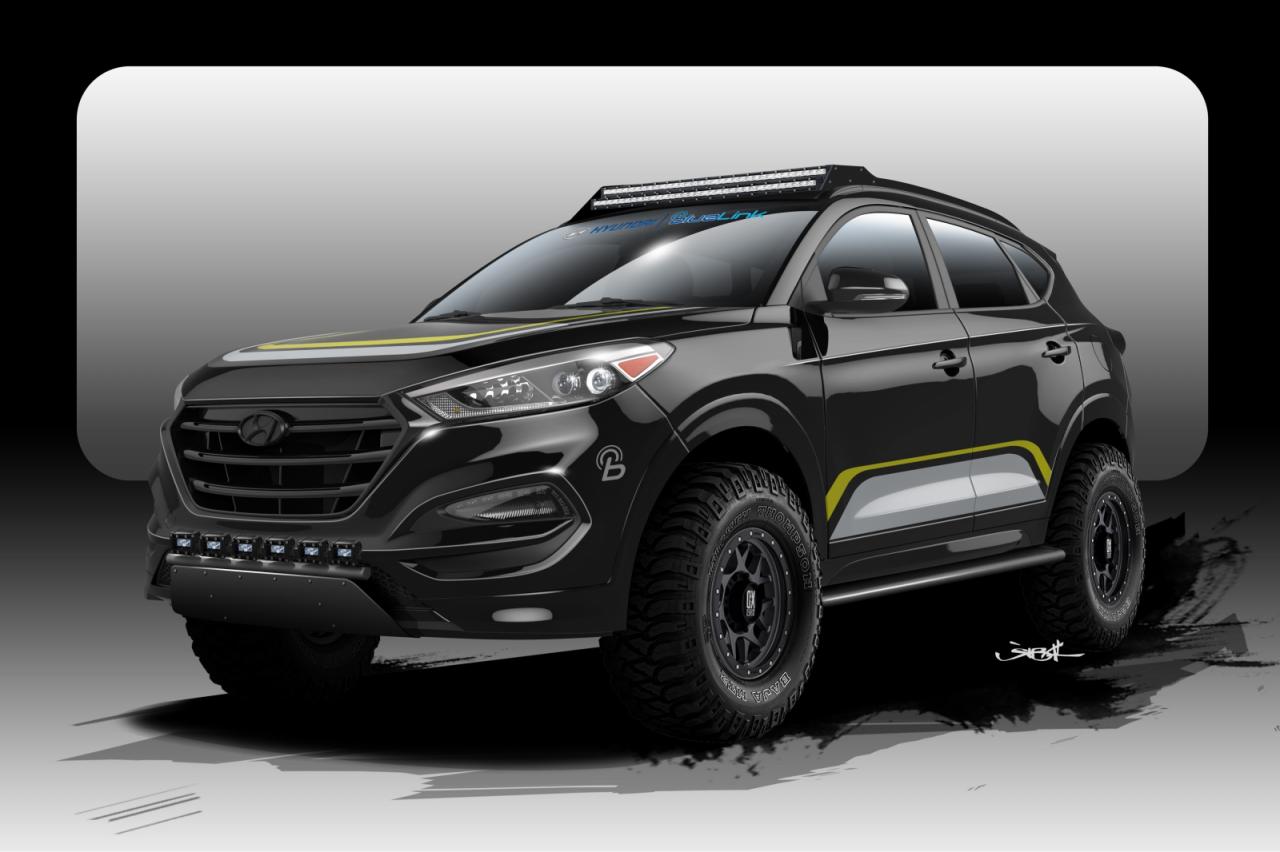 Hyundai is preparing yet another highly modified concept for the upcoming 2016 SEMA show, this time based on the new Tucson mid-size SUV. 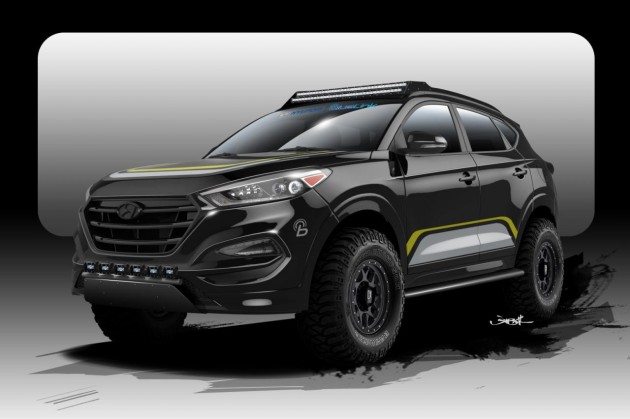 Teaming up with Rockstar Performance Garage, the concept is going for a high-performance off-road theme. For example, the standard alloy wheels are being replaced by 17-inch KMC XD Series off-road racing-style items, wrapped in Mickey Thompson MTZ P3 tyres.

For the 1.6-litre turbo engine, the team will fit a Mishimoto 2.5-inch stainless steel down pipe and charge pipe, with a custom Magnaflow exhaust system. A Turbonetics Godzilla blow-off valve is also added in, initially sucking air through a K&N custom air intake. There’s been no mention of potential output increases, but we’re sure it kicks out more than the standard 130kW.

Lastly, the on-board entertainment is given a major makeover and will incorporate a full Kicker audio system with a 10-inch sub-woofer, high output speakers, along with Hyundai’s next-gen Blue Link system with search functions powered by Google.

The finished product will be on display at the SEMA show, which starts on November 3. It will then tour around parts of the USA next year, attending various events.