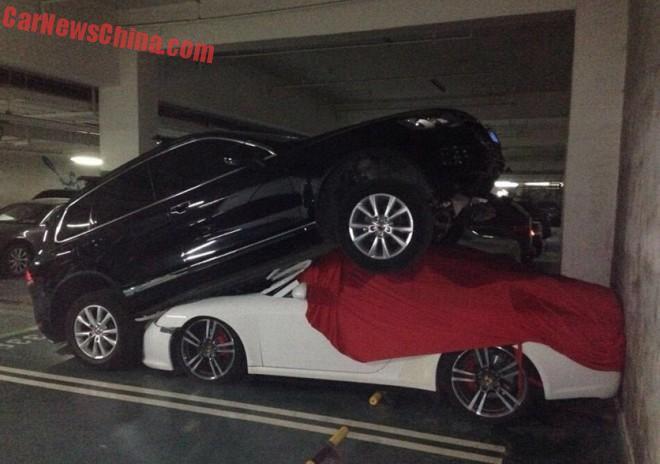 For most of us, parking is relatively easy. Not so for this Volkswagen Touareg driver in China though, who ended up mistaking a Porsche 911 for a parking space. 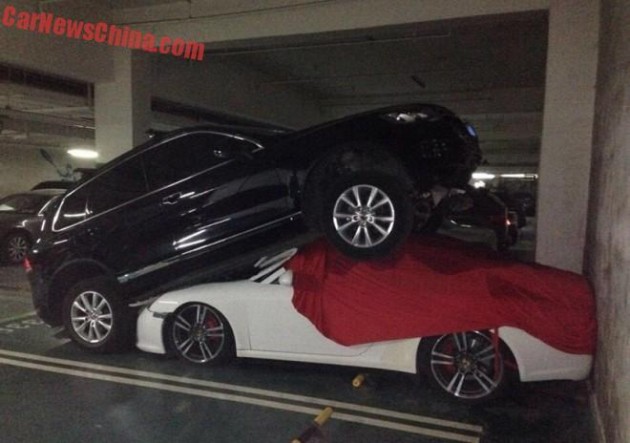 Yes, we don’t know how anyone could either. But it seems the female driver here got a bit confused between the brake pedal and accelerator pedal while stressing about parking. We’ve got a tip for you, buy a smaller vehicle.

Ironically, the car she hit, or rather more accurately, drove on top of, was an expensive German sports car. The Porsche 911 sitting underneath, which currently retails from around $200,000 in Australia, is now sandwich filling.

It looks like the Porsche owner liked to take good care of his/her car too, considering there is a red car cover over the top of it to protect it from dust particles and so on. Unfortunately, the cover isn’t able to withstand particles quite so large and heavy as a Touareg.

Reports say the VW driver escaped the embarrassing an expensive incident without injury. As for her SUV, it will probably need some underbody repairs. The Porsche, on the hand, will need some significant repairs to the A-pillars and entire front end. The suspension might also need an overhaul.

Head over to CarNewsChina for more details and images.