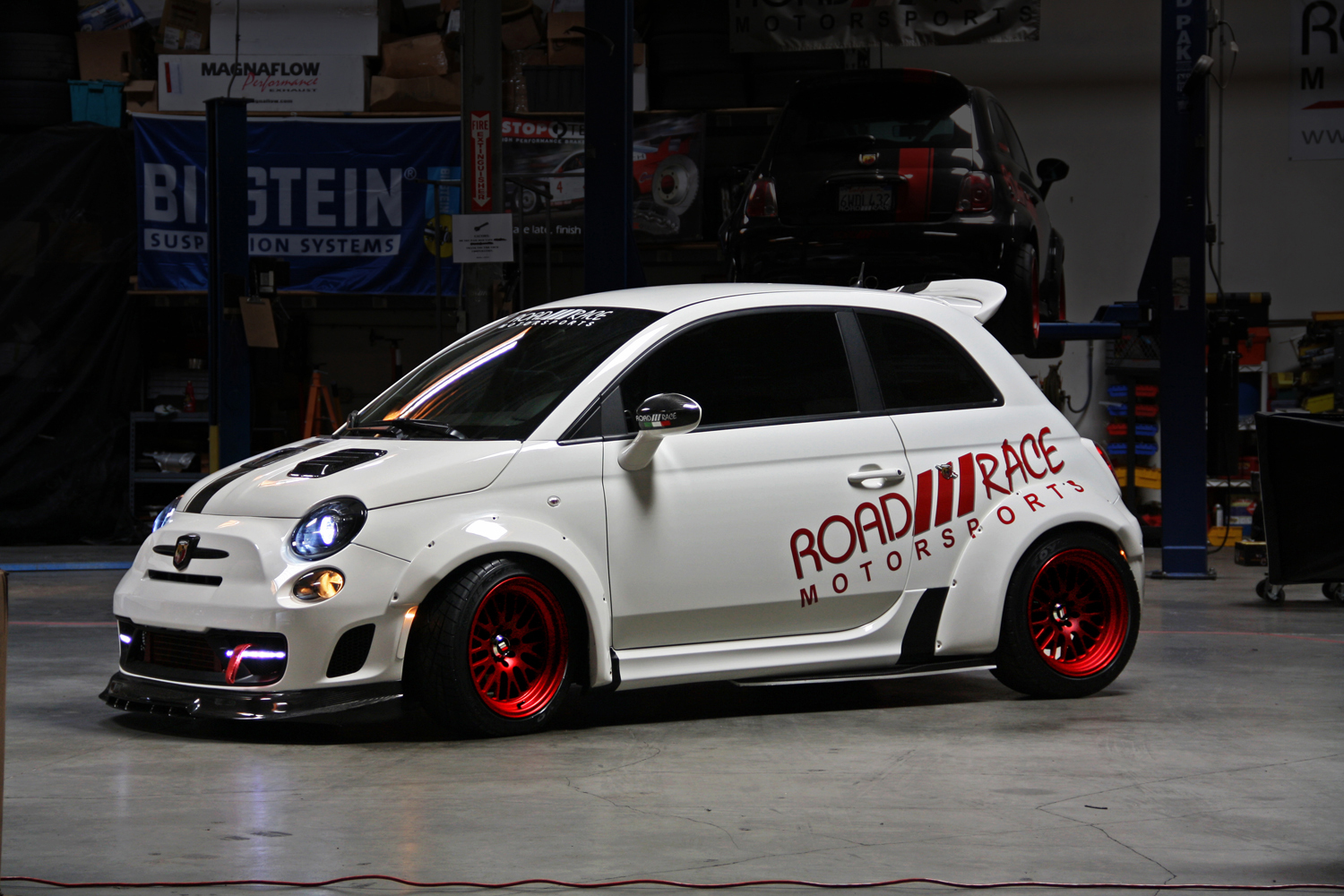 The Fiat 500, or, more specifically, the Abarth editions, are like tuned pocket rockets from the factory. A company called Road Race Motorsports has come up with an even more potent package. It calls it the Fiat 500 M1 Turbo Tallini Competizione. 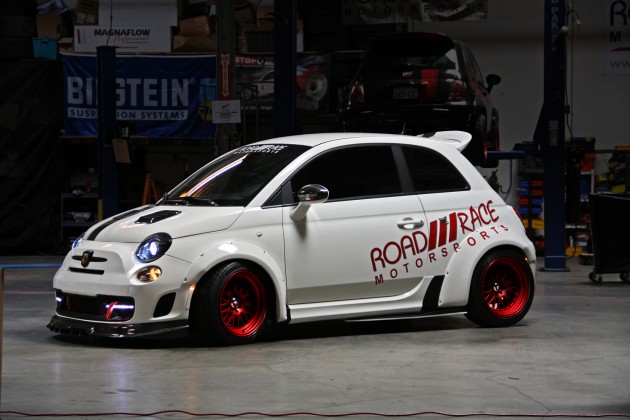 This is an extreme bit of kit, as you can probably tell just by looking at it. The Californian-based tuner has modified pretty much every aspect of the car, including the exterior, interior, and the tiny 1.4-litre turbo engine under the bonnet.

Starting with that engine. In standard form, Abarth squeezes out up to 132kW, which is very impressive. However, Road Race Motorsports has devised a package which takes power out to an eye-opening 187kW and 338Nm. In the lightweight 500, this would be quite a handful on the road.

To maximise the performance a limited-slip differential is fitted up, as well as a carbon-Kevlar clutch to transfer all those kilowatts through the front wheels. Acceleration from 0-100km/h takes 6.2 seconds, according to the company, but we reckon you could get it lower than that considering we’ve achieved 6.4 seconds out of the 132kW 695 Maserati version. 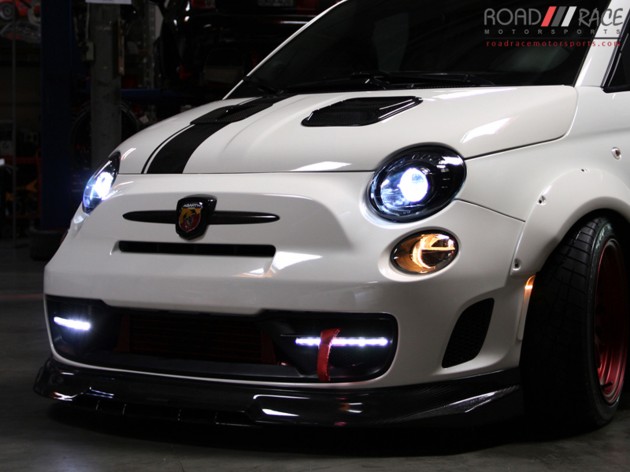 On the outside there’s a full carbon fibre wide-body bodykit with racing spoilers and wings everywhere you look. There’s also special braking ducts, a large air intake for the engine at the front, and some racing decals.

Inside, it’s similarly decked out. Most of the major fixtures have been either removed or replaced with high-performance parts. As a result, the overall kerb weight is cut by 54kg – not bad for a car that weighs around 1100kg from factory.

Other tasty highlights include a set of Bilstein dampers, uprated sway bars and stiffer bushes and connections. A set of racing brakes then helps to improve stopping performance.

Road Race Motorsports is planning to build 50 of these little bad boys, if you’re interested. You can spend anywhere from around $15,000 right up to $100,000, depending on what you want to do with it.