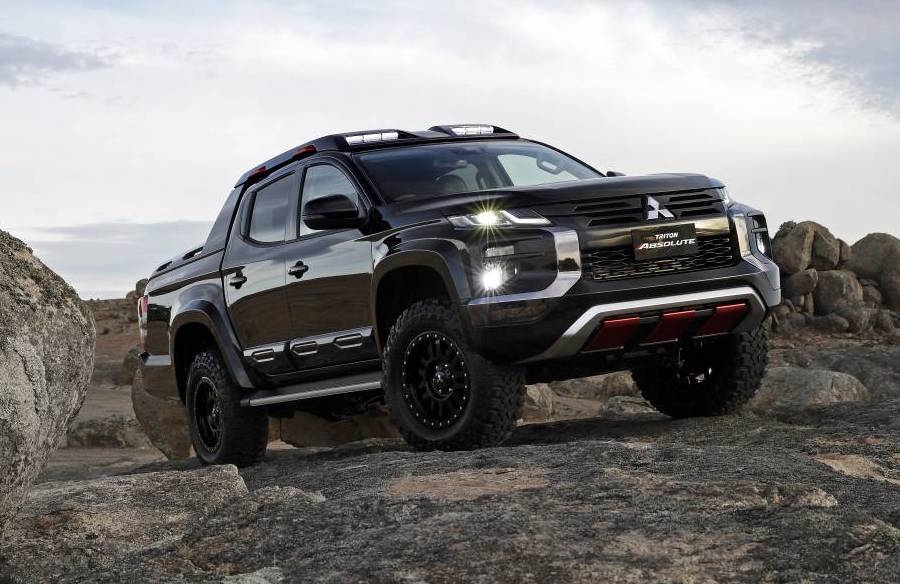 You might remember the teaser from last week showing a preview of what looked to be a hardcore version of the latest Mitsubishi Triton. Well, here it is. It’s called the Triton Absolute concept. 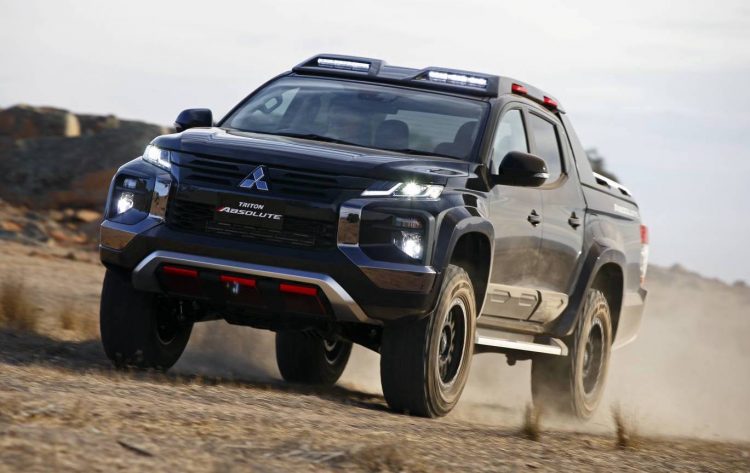 It is making its debut at the 40th Bangkok International Motor Show, potentially previewing a hardcore variant of the Triton of the near future. As you can see, it features a number of very tasty off-road-ready enhancements to help boost its visual appeal and off-road performance.

Some of the highlights include beefed up body cladding which appears to be made from carbon fibre, with widened wheel arches to support heavy-duty off-road tyres. Lifted suspension is also implemented to raise the body by 50mm for better ground clearance, and Mitsubishi says the modified suspension also provides improved ride and handling.

Up on top you may have noticed the duo of LED light bars mounted on a bespoke roof rack, with red reflectors added to the sides matching the front underside apron. There’s also an integrated cover assembly for the tray area and a matched rear bumper bar with a carbon fibre tailgate 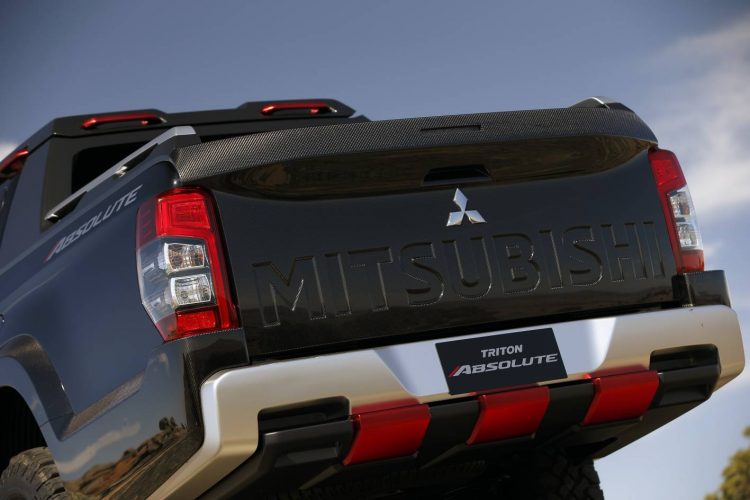 Although it is just a concept at this stage, it may inspire a production version down the track. And judging by the popularity of more aggressive variants of today’s utes, such as the HiLux Rugged X and Ford Ranger Wildtrack and Colorado Z71, this could be a good path for Mitsubishi to follow. Mitsubishi Motors Australia CEO, John Signoriello, spoke about the concept in a statement, saying:

“The Triton Absolute concept is more robust, dynamic and powerful. It demonstrates our commitment to exploring a vision of the future Triton that will deliver on our ‘engineered beyond tough’ commitment to the Triton series… While only a concept at this stage, we will assess the feedback from customers in Australia and overseas towards a more aggressive Triton which will guide the brand’s future product development.”

No specifications have been confirmed so we assume it’s powered by the usual 2.4-litre turbo-diesel four-cylinder engine that produces 133kW and 430Nm (in auto form). We’re also guessing it’s based on the flagship variant and comes with rear and centre diff locks and a drive mode select system, with low range.

What do you think of it? Would you like to see this beast hit showrooms?