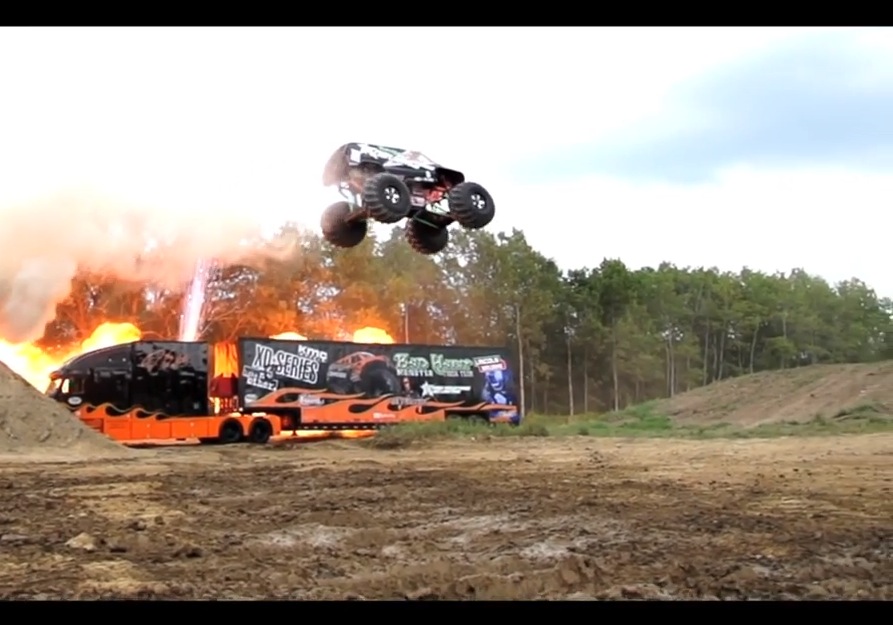 Joe Sylvester and his 1044kW ‘Bad Habit’ monster truck have successfully sailed through the air for 72.39 metres, breaking the world record for a monster truck jump. The record took place at the Cornfield 500 event in the US. 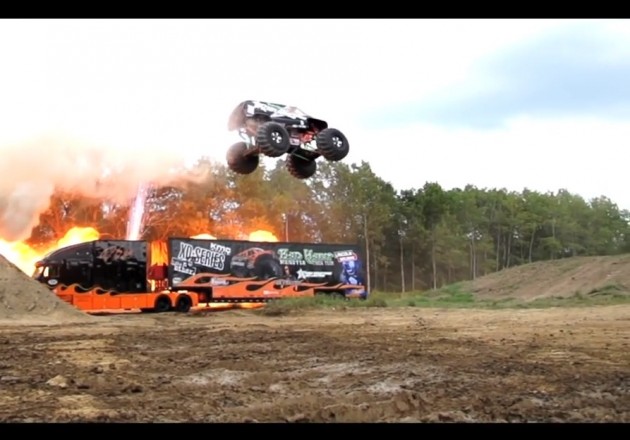 Sylvester’s outrageous monster truck jump involved hitting a ramp at 137km/h, which was actually 1.6km/h away from breaking the land speed record for a monster truck, and landing seven metres ahead of the previous world record.

As for the insane record, Sylvester doesn’t see it being superseded any time soon. He said,

“Nobody ever hits a jump going that fast in a monster truck. In a stadium format, you’re not going even half the speed I was doing for the record jump. The current land-speed record in a monster truck is only 86mph.

“The level of risk is about as high as you can go in a monster truck. I can’t really think of anything else that would be higher risk than that. If you crash at that speed and from that height it’s pretty devastating.”

Click play below to see the amazing jump. It must have been quite the thrill ride, to say the least.