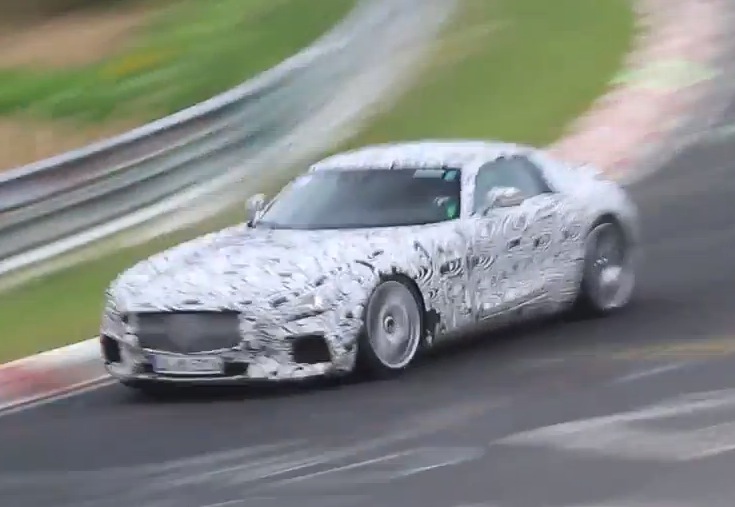 A video has popped up showing a prototype version of the upcoming Mercedes-AMG GT hitting some laps on the Nurburgring. This is the first time we get a glimpse of the new sports car’s soundtrack.

As previously reported, the new model will take on the sports car market competing with the likes of the Porsche 911. It will do this with an unconfirmed 4.0-litre twin-turbo V8 producing around 380kW, potentially derived from two A 45 AMG 2.0-litre turbo engines.

It looks very quick on the Nurburgring. Take a look below.