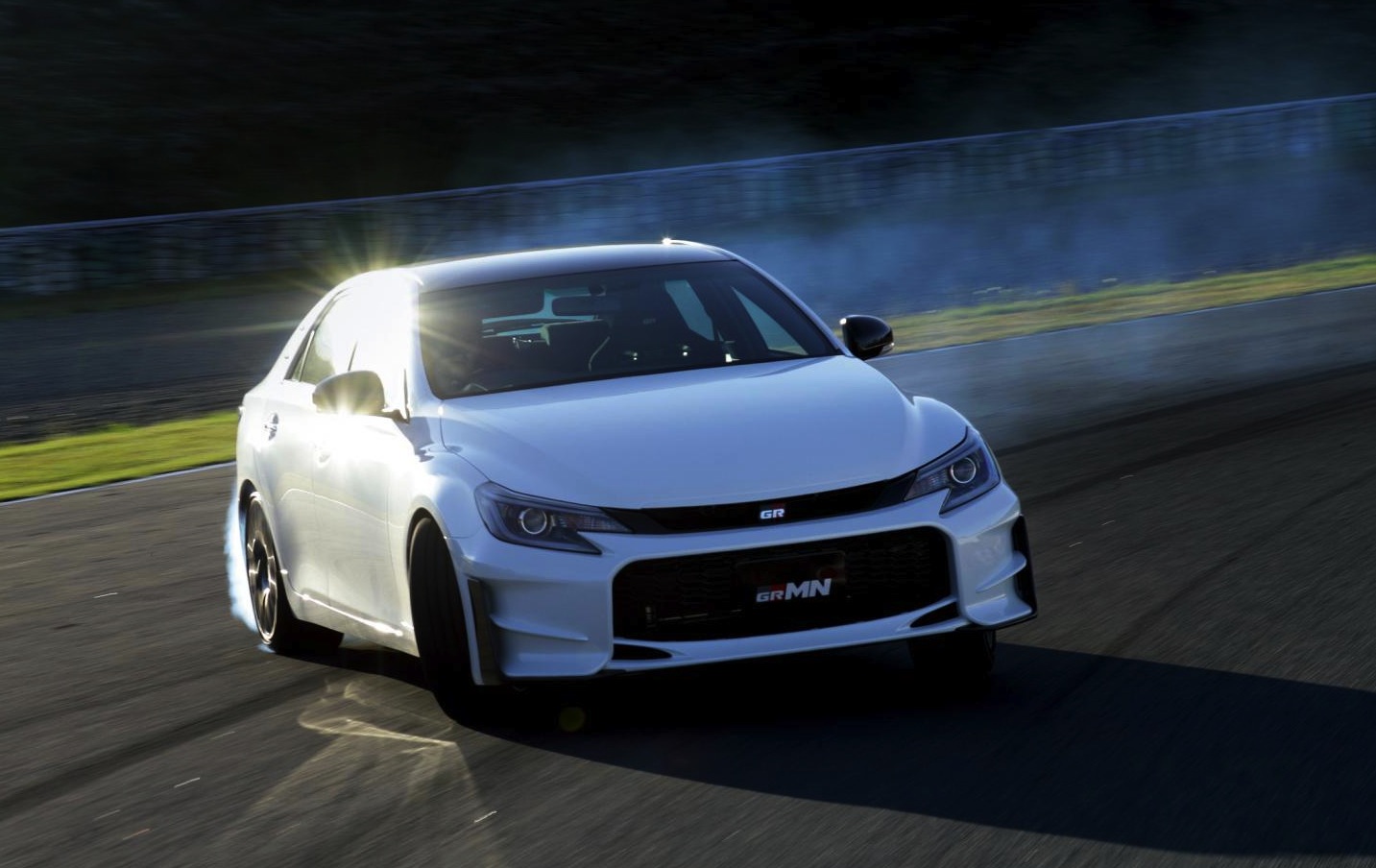 Toyota has taken the wraps of a special performance edition of its JDM family sedan, called the 2015 Toyota Mark X GRMN. It’s inspired by a concept vehicle from earlier in the year. 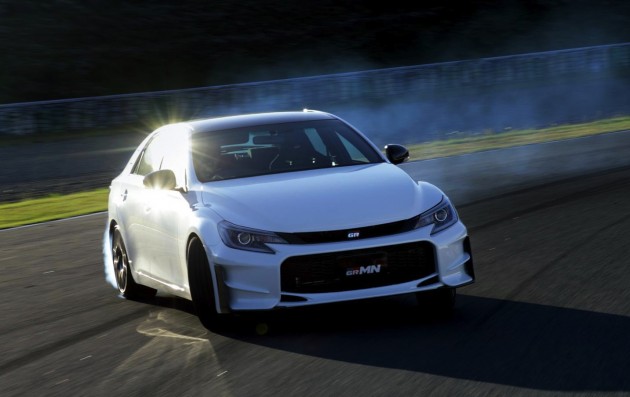 The Mark X is the Japanese Domestic Market large sedan from Toyota, featuring a front-engine, rear-wheel drive layout. It has earned itself quite the following over the years, perhaps best know as the Toyota Chaser; a variant level below the Mark X.

For the special GRMN edition there’s a carbon fibre roof to reduce weight and to lower the centre of gravity, a sporty front bumper bar with black highlights and aggressive intakes, black side mirrors, and a set of matching dark 19-inch alloy wheels.

In the engine compartment sits a 3.5-litre naturally aspirated V6 producing a healthy 236kW of power and 380Nm of torque. It’s hooked up to a six-speed manual transmission and a solid Torsen limited-slip differential. There’s no speak of acceleration figures that we can report.

To help the Mark X handle even better than it already does, there’s a unique sports suspension system underneath which brings the sedan lower to the ground. A set of performance brakes is added for extra driving confidence, while chassis braces are bolted up for improved handling response.

Lastly, Toyota has enhanced the interior for a more bespoke, clubsport feel. There’s a set of bolstered seats, a three-spoke sports steering wheel, and a smattering of piano black and carbon fibre trimmings. There’s also suede sections and red stitching for contrast.