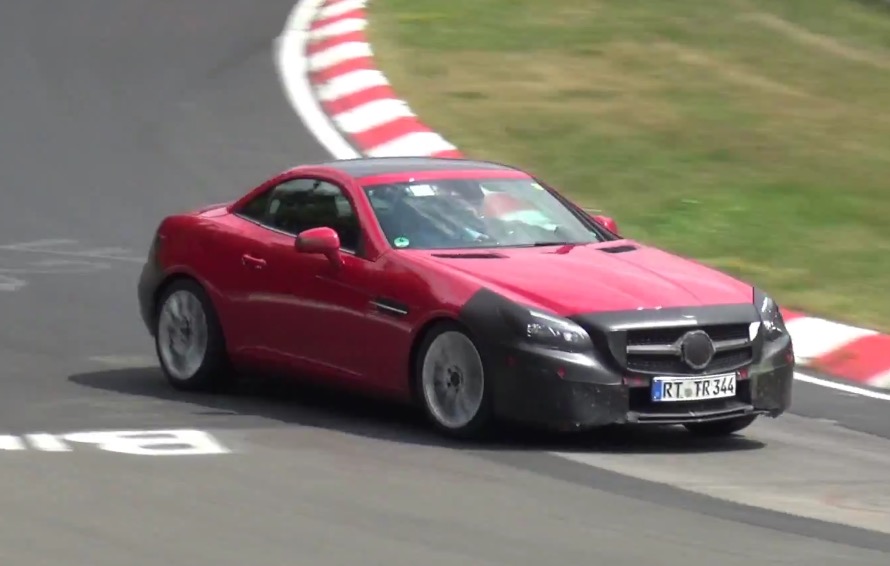 Mercedes-Benz is very busy testing the replacement of its SLK roadster, to be called the SLC, which is expected to debut at the Frankfurt show in September. 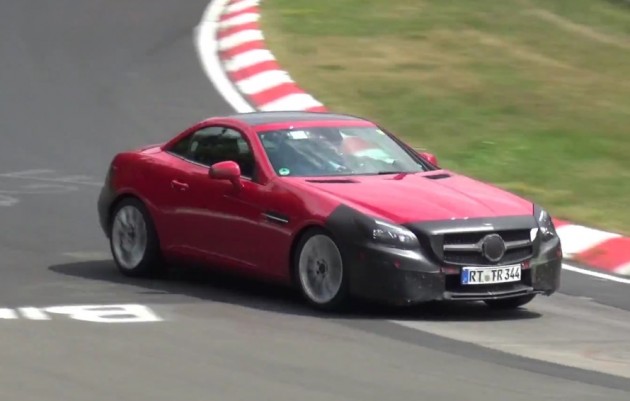 Spotted at the Nurburgring, we can see the new version’s revised front bumper and grille treatment, featuring a more prominent three-pointed star logo, while LEDs are relocated from the lower bumper and now integrated into the headlights.

The new model will take on Mercedes’s new naming policy. It will be now known as SLC, in line with the GLK, M-Class and GL-class becoming GLC, GLE and GLS; C-Class, E-Class, and S-Class, respectively. The ‘Geländewagen’ G-Class – a favourite with wealthy celebrities – is expected to retain its existing model code.

The SLC will benefit from the revised engines of the new C-Class, including a 3.0-litre twin-turbo V6 belting out 270kW for the flagship SLC 450 AMG Sport variant. A proper AMG is expected further down the track.

Rival BMW has not had an all-new Z4 since 2009. It is the only model in its lineup that still has an E model code (E89). While BMW has updated the engines, a replacement, rumoured to be the fruit of the collaboration with Toyota, could be some time off.

The SLC is expected to commence production in March of next year, with Australian deliveries to commence shortly after. To see the Nürburgring testing footage, check out the video below thanks to cvdzijden YouTube channel.